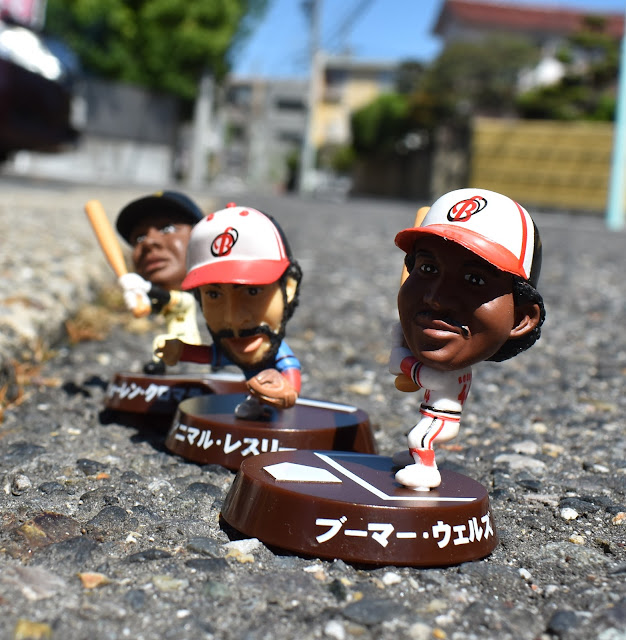 I made another great discovery at the second hand shop that sells Pokémon figures which I get for my kids.  More baseball figures!

These are from a specific set: the Georgia Pro Yakyu Suketto Gaikokujin set, which translates into the somewhat awkward and maybe a little offensive English title "Georgia Pro Baseball Foreigner Helper Set".

These are one of the things I used to love about living in Japan in the 2000s and early 2010s: free high quality stuff with canned beverages.  These were released in 2012 and came with cans of Georgia coffee.

In Japan, coffee comes in cans, like soft drinks.  People often drink it cold, and you can get them out of vending machines or from fridges in convenience stores.  Tommy Lee Jones is famous here mainly for the surreal ads he used to appear in for canned coffee, like this one:

Back in 2012 if you bought a can of Georgia Coffee you'd get one out of 8 figures of famous foreign ballplayers.  They came in little orange bags attached directly to the cans, you can see a contemporary blog post of what they looked like here.

I was living in Japan in 2012 but wasn't aware of this promotion at the time, probably because I'm not a canned coffee drinker (I am a major coffee drinker, just not from cans).  It used to be really common for drink makers to attach little toys to their products to encourage people to buy them and I used to get really excited about them.  In the early 2000s I remember Pepsi did this quite a bit with various tie ins (Star Wars figures, Gundam figures, model cars, etc - really good stuff considering it was free with a bottle that only cost like 140 Yen).   Since the early 2010s they've become way less common, possibly because they were so expensive to run, which is a shame.

Anyway, I found these figures at the second hand shop for 100 Yen (about 1$ US) each and decided to buy the three they had, featuring Boomer Wells, Warren Cromartie and Brad "Animal" Lesley.

Cromartie is featured just after completing a swing: 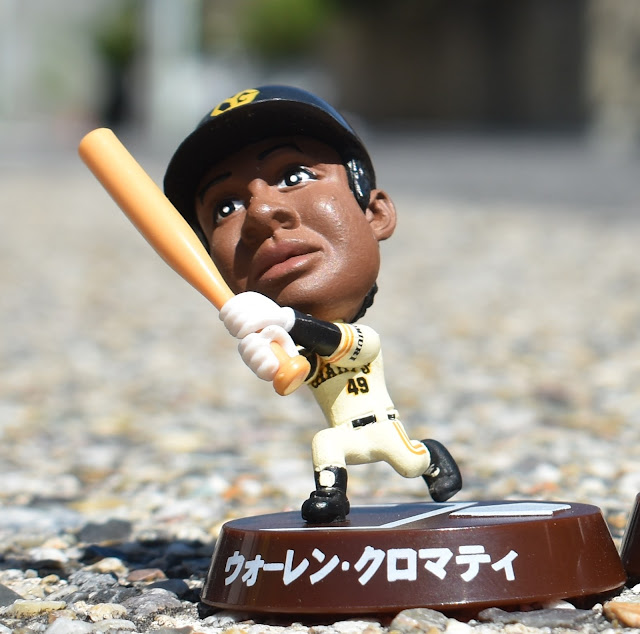 Animal is doing his thing: 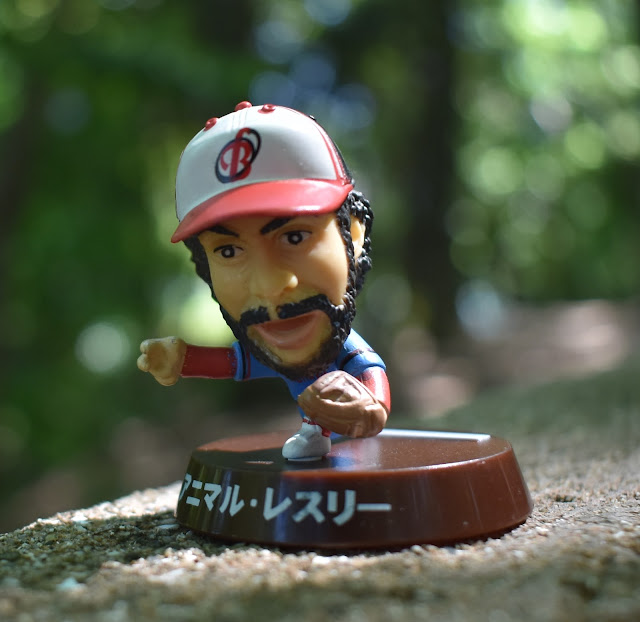 And Boomer looks like he is about to hit a long ball. 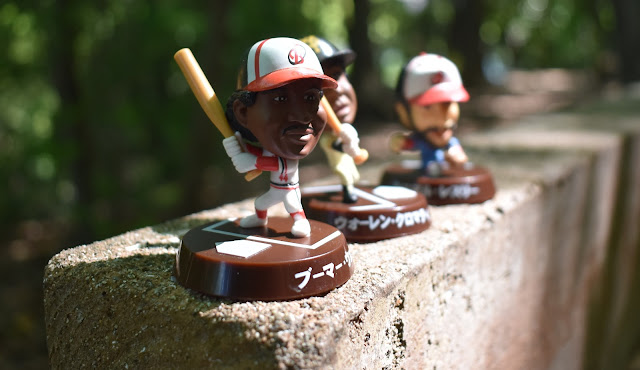 The checklist is pretty good.  The set features:

In addition to the figure you also got a little full color booklet featuring your player on the cover and an illustrated checklist of the set inside.

That is pretty insane value for the 130 Yen (about $1.20 US) that each of these cans of coffee cost.  And you got coffee with it too. 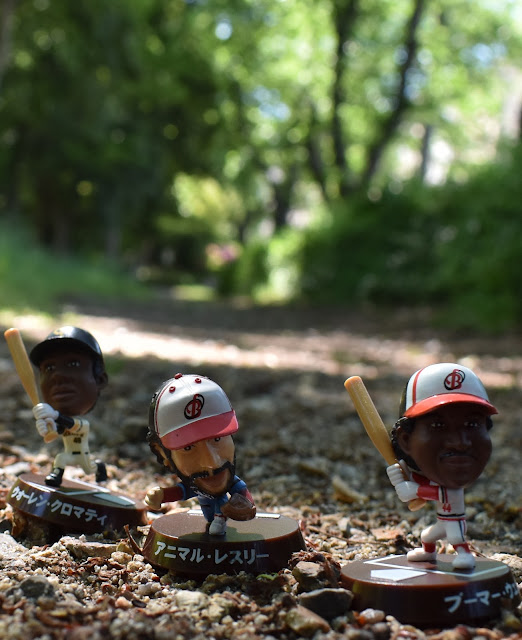 I was so enamored with these that I went on Yahoo Auctions last night and tracked down the other five that I needed for the set and bought them.  So when they arrive in the mail I'll have the whole thing.

I'm not a huge fan of figurines in general, but these little ones featuring charicatures of the players (rather than attempts at more realistic depictions of them) have really caught my fancy.  They are just so....so....."cute"  I guess is the word I am looking for.  Which isn't a feature I normally weight highly in making baseball collectible purchase decisions but with these (and my earlier Hanshin Tigers purchase) I think that is exactly what attracts me to them (as well as my being a fan of the players themselves of course).  Their small size also helps since they don't take up much space.

Georgia also released another similar set of baseball figures in 2006 featuring stars of the 1980s (not limited to foreigners) which I think I'm also going to go after.  If I get it, I'll do a post about them too! 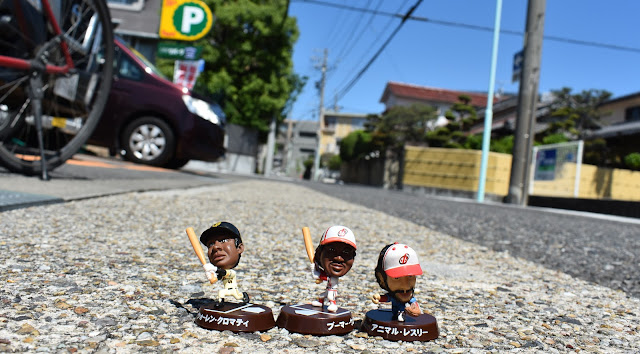