Isao Harimoto Got This 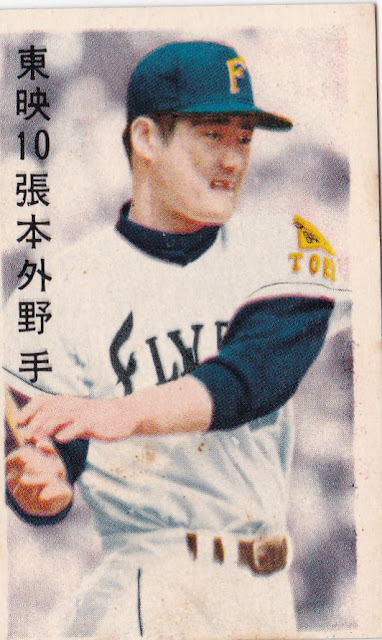 Well that escalated quickly.  Looks like MLB is postponing its season too along with every other major sport.  This virus is everywhere now.  Its dangerous and it sucks.

In the face of such trying times, we need an inspiring story.  And I think Isao Harimoto is the guy to deliver it.

I've read a lot of stories about athletes overcoming hardship to achieve greatness, but none of them - and I mean ZERO of them - come close to matching Harimoto's.  He really deserves to be mentioned a lot more in lists of "greatest baseball players of all time" than he does (which now is basically never).

Just to cover the basics of his career, he is Japan's all time hit leader with 3,085, the only member of the 3,000 hit club here (not counting Ichiro who got most of his in MLB).  He was an 18 time all star, a seven time batting champion, a Pacific League MVP.  He set the single season record for batting average with a .383 mark in 1970 (later broken by Randy Bass).

Its a bit like having Pete Rose and Willie Mays combined into one player. And then some. 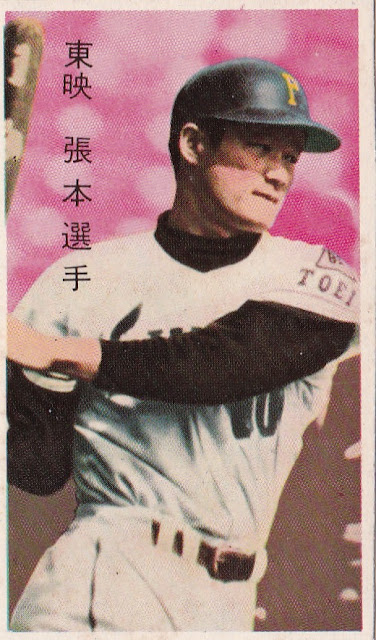 But none of that is what makes Isao Harimoto impressive. Its what he went through to get there that is.  The guy’s story is a narrative of survival in the face of adversity that would have literally killed most mortals.


Harimoto’s story begins, at least for the purposes of this post, when he was four years old.  He was sitting on a riverbank with friends one day roasting sweet potatoes over a fire when suddenly a truck backed into him, forcing his hand into the fire.  The driver drove off and the police refused to investigate because he was Korean (his parents had moved to Japan in 1940, the year he was born).  It severely burned his fingers and left his right hand permanently disfigured, little more than a claw that he would never be able to use again.


So that is why he became a lefty.


Bad as that was, it wasn’t even the worst thing to happen to him before his sixth birthday.


The following August when he was five years old he was sitting at home one afternoon when suddenly there was a huge flash of light and a loud roar.  Before he knew it his mother, covered in blood and broken glass, was using her body to shield him and his little sister.


The flash and roar were caused by the world’s first wartime use of an atomic bomb.  Harimoto was living in Hiroshima, about 2.3 km from the hypocenter of the blast.


He survived.  But his 12 year old sister was in another part of town when it struck.  As Harimoto later recalled:


My older brother and others went to look for her and they carried her back on a stretcher. She was suffering terrible burns, on her face, too. I was shocked to see a human being, the sister I so admired, transformed into such a state. I remember bringing charred grapes to her mouth. I have no idea how many days passed after that, but one day I heard my mother crying and I knew my sister was dead.


A week later the war was over.  The Harimoto family was homeless, living under a bridge, thanks to the bomb.  His father returned to Korea to look for work and died shortly thereafter, Harimoto never saw him again.  His mother wanted to take the family back to her family in Korea, but the ship that would have taken them sank.


So there he was.  Homeless, with a crippled hand and his father and sister dead.  He was just 5 years old.


His mother set up a food stand and worked every hour of the day to feed her three surviving children and get them into a one room apartment that he would grow up in, impoverished.


He started elementary school. He was a wild kid, but insanely tough.  In the fifth grade an older boy invited him to play baseball, despite his crippled hand.  In his words:


I loved it and I begged him to keep letting me play. Although I had had surgery on my right hand, I still didn’t have complete control over my fingers and so I couldn’t throw the ball so far. But I practiced throwing against a wall and I was able to completely alter myself into a left-handed pitcher and hitter.

He was by that time one of the best high school players in the country and, despite his wildness he signed his first professional contract right out of high school with the Toei Flyers, who he joined in 1959. He gave half of his earnings in his first season to his brother to build a house for their mother. He played until 1981, making him one of the few players who played in four different decades.

Through his entire pro career he had to deal with numerous fears that only he knew.  He had to constantly hold and swing a bat to prevent his disabled hand from ending his career, something he did every day for his 23 years in NPB.  He also registered as a Hibakusha (A-bomb survivor) and lived with the fear that every one of them lived with: that cancer would take them.  Fortunately it didn’t, he is still with us today.


Harimoto is the only professional baseball player in history to have survived an atomic bomb blast.  After his sister died, his mother destroyed all photos of her since the memory was to painful. In 2014 a classmate of hers found a photo of her and gave it to Harimoto, the first time in 69 years he was able to see her face.  He keeps it in his room next to a photo of their mother who died in 1985, the two facing each other.

So anyway, that is Isao Harimoto.  Let that story put into perspective today's events, if that crippled, homeless, fatherless five year old kid who literally had an atomic bomb dropped on him could overcome all that to become arguably the greatest baseball player of all time, we can get through this.