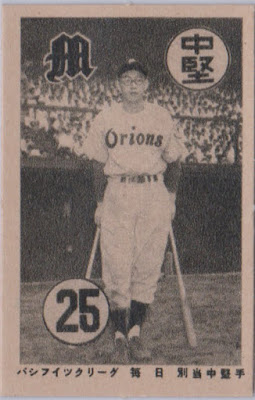 In an earlier post I mentioned getting some cards from the hyper rare 1952 Osato Gangu set.  I also picked up a small lot of cards from the 1951 Osato Gangu set, which is almost identical except the pictures are in black and white instead of color. One of the cards in the lot was the above featuring Kaoru Betto.

Betto is a Hall of Famer who played for the Tigers and Orions in a relatively brief pro career that spanned from 1948 to 1957, the start of his playing career having been interrupted by the War (he was already 27 years old when he made his debut).  His best season was in 1950 when he led the league in most offensive categories, just missing the batting average title that would have won him the triple crown.

In the US he is probably best known by the fact that Jeff Bridges has a T-shirt of him that he kept wearing in movies back in the 1990s: 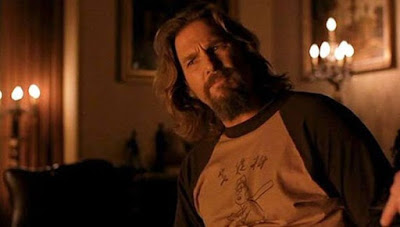 In Japan on the other hand his famous bespectacled look allowed him to transition after retirement into a cushy gig as the public face of Hoya, a major glasses maker. 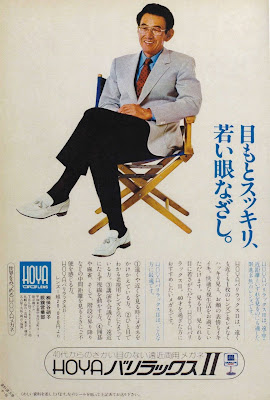 In addition to featuring black and white rather than color images, the other big difference between the 1952 and 1951 Osato Gangu sets is rarity.  While less than 5 copies of each card from the 1952 set are known to exist, the 1951 set is more common.  Engel classifies it as R2, which means somewhere between 100 and 250 copies of each card are known to exist.  That makes cards from that set more affordable, hence my ability to acquire a hall of famer in this set while my 1952s are all commons.

Kind of weird that cards where less than 250 copies are out there are the "easy" version, but that is vintage Japanese cards for you.
Posted by Sean at 7:50 PM