Oh God, What Have I Done? 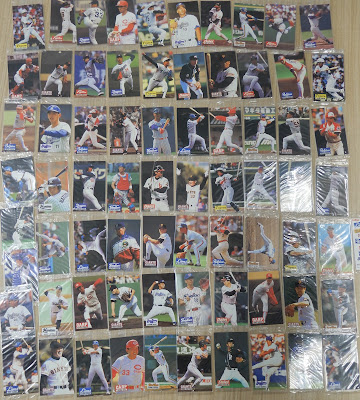 Behold!  The entire 1995 Choco Snack/Calbee set!  Complete in all its glory!  Its mine!

Until a couple of days ago I only had one card in this set.  Now I have all of them.

I'm not sure what happened.  With my vintage Calbee sets (with Calbee, 1995 counts as vintage, these are hard to find) I've been pretty much putting them all together the old fashioned way, one card at a time.  This is made easier by the fact that full sets of pre-1998 Calbee sets almost never come up for sale (and when they do the prices are out of my range).

Then I found myself browsing Yahoo Auctions looking for 1995 Tokyo Snack/Calbee singles - the "other" Calbee set from that year - since I'm getting really close to finishing up the first series of that one.

And I noticed at the top of the listings this beauty - the entire 72 card Choco Snack set.  The starting bid was 9800 Yen, which works out to just over 1$ per card.  It has two Ichiros in it which alone are worth about that much.  And, only having one card so far, it was tempting.  So I put a bid in not really expecting to win - the set lists for twice that much in SCM and is pretty hard to find.

Then, as you can probably imagine, I won!  Nobody else put a bid on it!

Finishing this set wasn't even on my radar until I saw this, its a great set that I wanted to work on but was sort of on the backburner while I worked on others.  Now it has leapfrogged to "complete" status, it is the oldest Calbee set that I have complete (though the 1987 is bound to overtake it quite soon, I am only 8 cards short of finishing that one). 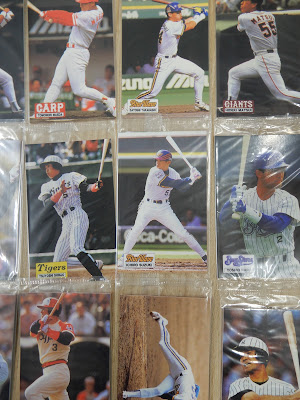 I had some misgivings as I always do when I win something that I thought I had put a bid way too low to win on.  Why didn't anyone else bid on it?  Is something wrong with it?  Do all the Japanese bidders have some kind of radar that allows them to detect red flags that foreigners like myself are oblivious to?

I nervously waited for the package to come in the mail and discovered....everything was OK!  In fact, better than OK, this set is amazing!

The most impressive thing about the set is that every card came still sealed in its original pack.  Unlike other Calbee sets, the cards in this one came packed in transparent packs so you can see the card perfectly without opening them.  Its the only major Calbee set that I know of which was distributed like that.   A fair number of the listings I've seen for cards from this set are for singles still in their original package, which usually command a premium over ones being sold loose.  So finding an entire set still in its packages, while not something I would have necessarily set out to collect in itself, is just a kind of cool bonus. 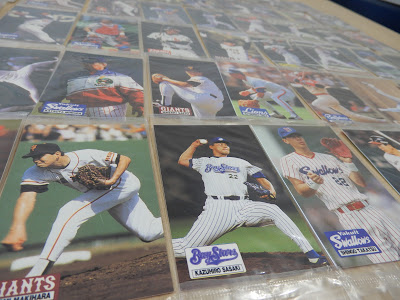 The set is crammed with stars.  Hideki Irabu before his tragic American odyssey: 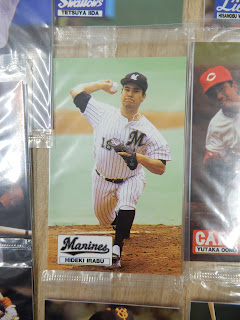 Shane Mack after his non-tragic one: 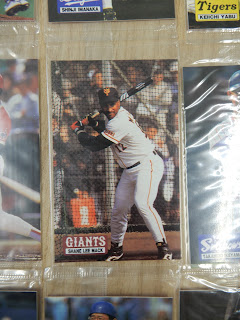 Ichiro in just his second Calbee year (appearing on two cards, both of which are among his best Calbee cards): 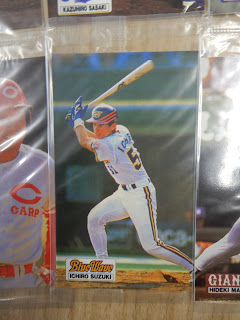 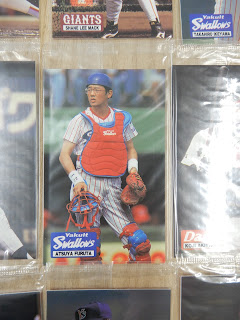 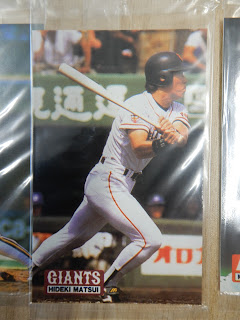 And a ton of other hall of famers or stars.

I'm totally ga-ga over this set.

As a bonus the set also included an Atari card, also still in its pack. Send in 8 of these and they'd send you a soccer ball (not so unusual as it sounds for a baseball prize since the Atari marks distributed with Calbee soccer cards that year were interchangeable with these).  Send in 3 and you'd get a card album.  Send in 2 and you'd get a baseball or soccer magazine of your choice. 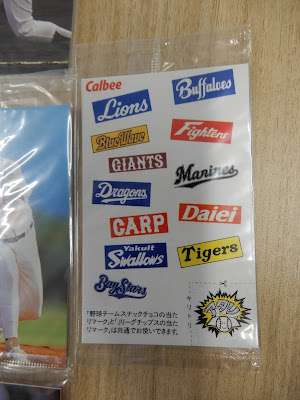 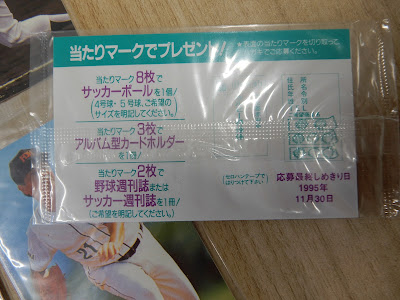 This set is pretty hard to find, slightly more so that the other Calbee set, Tokyo Snack, of that year.  That is because this was one of the regional issues, only sold in Tokyo and Saitama that year.  Since Tokyo is a pretty big market its probably easier to find that some other 1990s regional issues like the 1994 Hokkaido one which was sold in a much smaller (population wise) region.  Still though, its pretty tough to find, Yahoo Auctcions currently has only 283 listings for all 1995 Calbee products and most of those are for the Tokyo Snack set which, despite its name, was released nationwide and is a bit easier to find.

The final thing worth mentioning about this set is the color of the player names on the front of the cards.  I have what could be called the "base set" since all the player names are written in black.  Calbee issued a parallel set which is identical except the player names are in gold.  The gold ones are said to be a bit harder to find and thus command a premium, usually selling for about double what the black letter versions sell for (a gold letter Ichiro is currently for sale for 10,000 Yen on Yahoo Auctions, not in its original pack.  The black letter version in contrast can be found for 3,000 to 5,000 Yen).  If this had been a gold set I probably would have been outbid by a wide margin on it.  Not being a parallel collector though I don't really care!

Still I'm of mixed feelings about this mainly because between this and my recent 1975-76 Calbee pick ups, I have already blown my entire 2019 budget for cards and we're barely halfway through February now.  Its hard to resist deals when they come around, but buying big ticket items like this radically throws off the pace of my collecting which I generally like to keep a bit more down to Earth.  So I'm left with a "Wow this set is a great pick up" feeling on the one hand and a "Oh god, what have I done" feeling on the other.