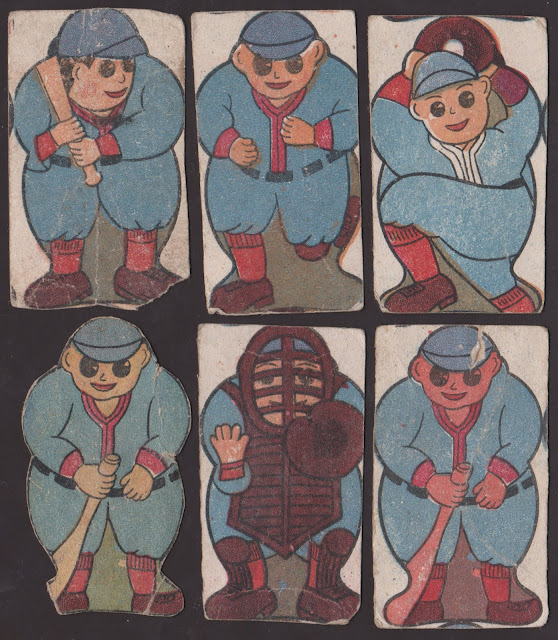 I picked up this lot of pre-war baseball menko and they just make me smile.  Everyone of them looks so happy and content with their lot in life, be it as a guy holding a bat, or running the bases, or about to throw a pitch. Its very hard not to smile back at them.

These were all die cut from the same sheet and were intended to be cut out into their final shapes, like the guy in the lower left corner is.  The lot I bought actualy had a few doubles in it, but there were five overall patterns as shown in the above picture.  The backs of each have the same image as the front, only in black and white and with a number in a box: 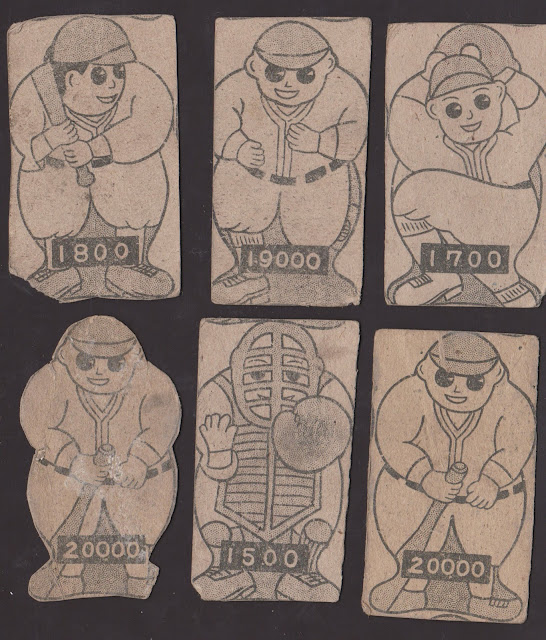 I've never seen copies of these cards before so they are "new" to the hobby, though perhaps of limited interest since they feature generic rather than identifiable players.  I do love the artwork on them though and not just the extremely smiley faces, the whole "chubby body" forms are quite charming in their simplicity too.