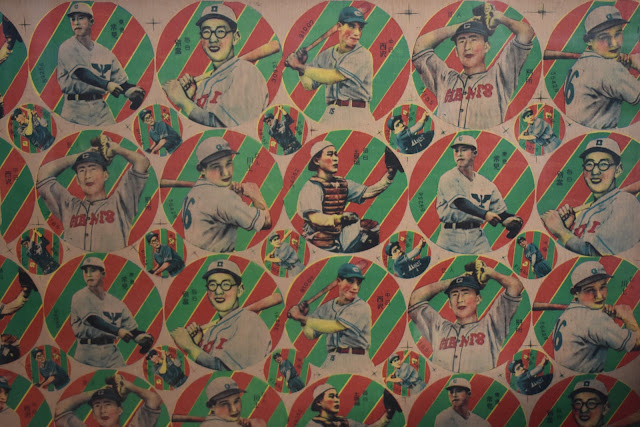 This is another antique dealer find: 3 uncut sheets of baseball menko cards from 1949-1950 (the set Engel catalogues as JRM-8).

The set was issued in three sheets featuring cards that have diagonal red and green stripes as background, though they come in various sizes.  I bought them as one lot, and all of them came framed. The frames are falling apart but I am keeping them in for now since I don't have any better way of protecting them.

The sheets are massive (I almost immediately regretted buying them when they showed up at my very little and very crowded house).  Two of them are horizontally oriented.  One of them features relatively small (2 and 3/8 inch diameter) cards of stars like Noboru Aota, Tetsuharu Kawakami and Osamu Mihara.  There are only 8 cards in the set and this sheet has 120 cards on it, so there are a LOT of doubles: 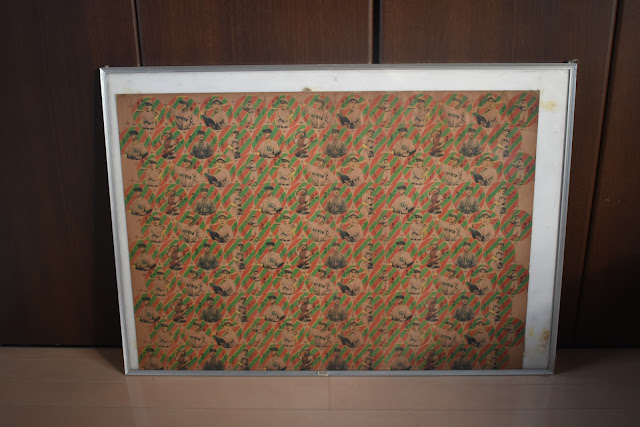 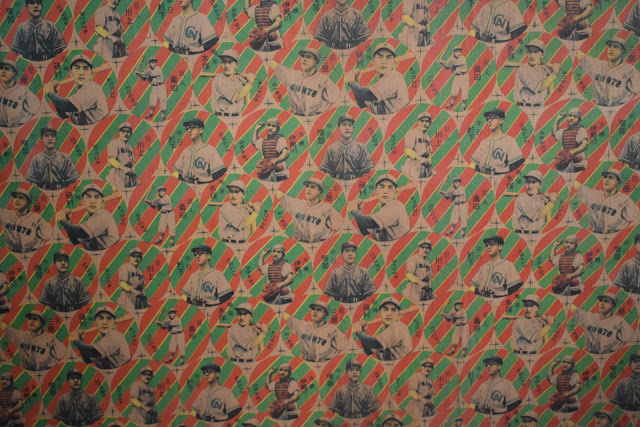 The second horizontal sheet features both really big and really small cards.  I think its my favorite of the three, the big cards really display nicely.  Some of the players are repeated from the previous sheet, but the big cards also feature Kaoru Betto and Takehiko Beshoo among the stars. 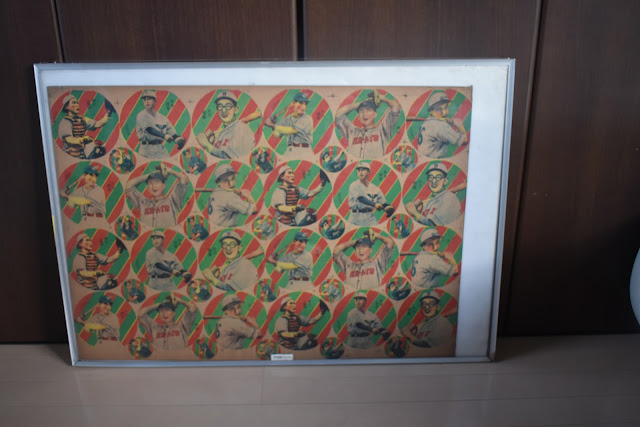 The third sheet is vertically oriented and features small cards (slightly bigger than the ones on the 120 card sheet) of baseball players.  The frame on this one is really broken and the sheet doesn't sit very well in it: 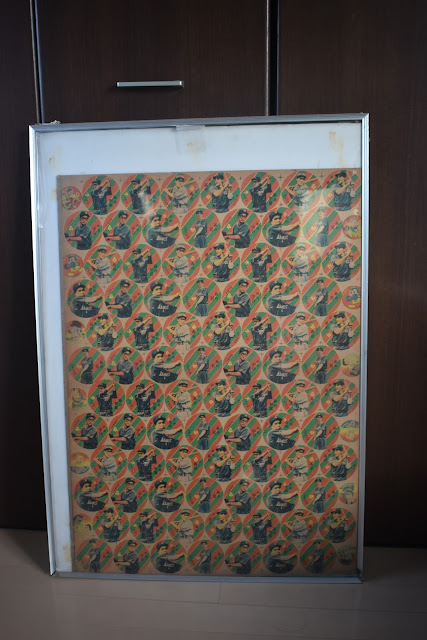 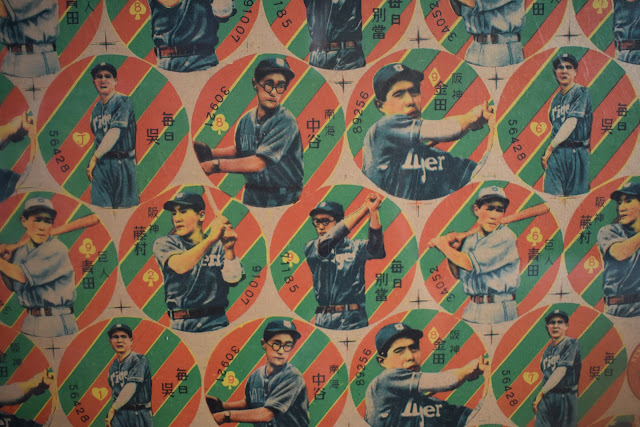 This is the only sheet that also features some non sport menko, very small cards on the margins featuring Popeye, Mickey Mouse and some other characters. Engel notes this in his description of the set and my sheets certainly confirms it, the non sport menko are kind of cut off along the edge of the sheet, so finding fully intact ones must be near impossible: 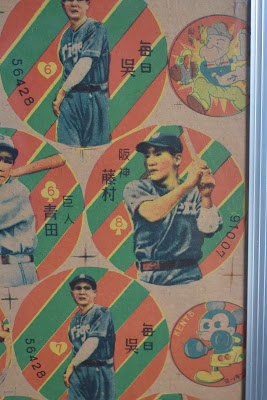 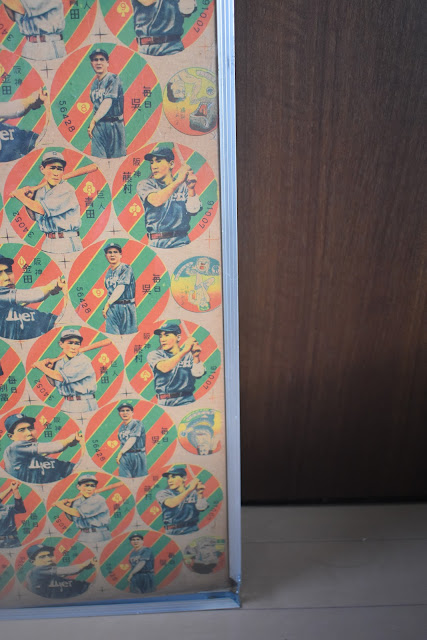 A few of these sheets seem to have survived the years, a set of them sold at an REA auction last year and Prestige Collectibles had some at the National Convention a couple years ago too. Its not unusual for menko sheets to survive in general, but these are notable since they are quite a bit different from your standard menko sheets since they obviously weren't intended to be sold in uncut form like this (unlike some sets which were) - they are too huge and contain too many duplicate cards for that to have been practical.  These must have been factory leftovers or something like that.

Anyway, when I get wealthy enough to move into a large house, I'll buy better frames for these and find a nice piece of wall suitable for displaying them.  Until that happy day, they are going to be spending their existence in the back of the closet which they were photographed in front of for these pics!
Posted by Sean at 7:34 PM