New Discoveries! Adding some info to the catalogue... 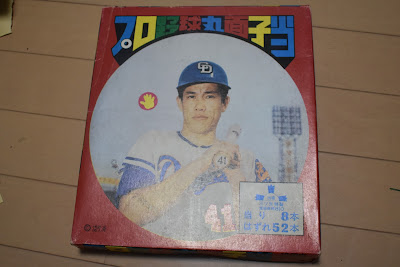 One of the things I love about collecting Japanese cards is that its still possible to discover stuff that the hobby as a whole doesn't know about.  You can't really do that with American cards anymore, everything has been catalogued and discovered decades ago.

In Japan though there are a lot of cards out there that nobody knows exists, or at least aren't catalogued yet.  Its sort of like the US hobby is represented by the contemporary world, where every square inch has been mapped by satellites and we know everything about it.  The Japanese hobby on the other hand is the 15th century world where European explorers know so little about it they don't even know that the Pacific Ocean exists.

The above picture is one of my newest pick ups and it contains some discoveries in it!

There are actually cards from two different sets in this one, the set that Engel catalogues as JRM 10 (which was also contained in the other box I bought) and JRM 16 (which wasn't).  These are radically different sets in terms of size and rarity.  JRM 10 is a small menko 2 1/4 inches in diameter.  JRM 16 on the other hand are huge, as this picture of one with a 1979 Topps Dave Cash card I had lying around illustrates: 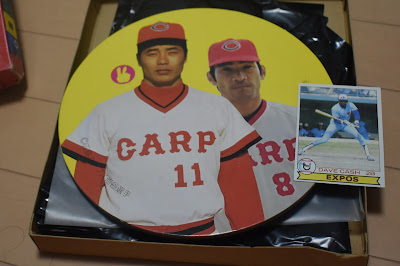 So anyway, there is a reason there are two sets in the box.  It contains 60 packs of cards, all of which contain three JRM 10 cards.  52 of those are "normal" JRM 10 cards, and 8 are "Atari" cards (winner cards) which entitle whoever finds one to a prize.  That prize is one of the 8 big JRM 16 cards which also came with the box, hence the two sets in one box.

When you open the box, the JRM 16 cards are on top as in the above photo.  Take them out and underneath are the JRM 10 packs, with 8 of them set aside in a plastic baggy so the store owner would know which ones were the Atari cards before putting them out for sale (presumably they would have taken them out and mixed them up with the non-winner packs) 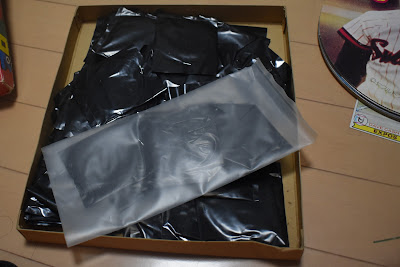 The packs themselves are actually pretty ugly, they look like little garbage bags, (or condom packages due to the unfortunate fact that JRM 10 cards are round and about the same size....oh dear): 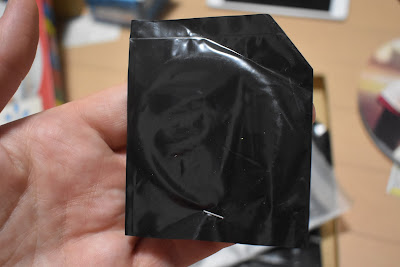 I mentioned that cards from the JRM 10 set were also in the other box I got, but these cards are actually from a different series of that set, so the cards are all different.  But like that stupid other box, all 3 cards in all of these packs feature the same 3 cards of the same 3 players.  So Mitsuya was consistent in the application of that "all doubles" pack concept.

The real treasure in this box though weren't the JRM 10 cards, but the 8 big JRM 16 cards that came with it.  They are things of true beauty: 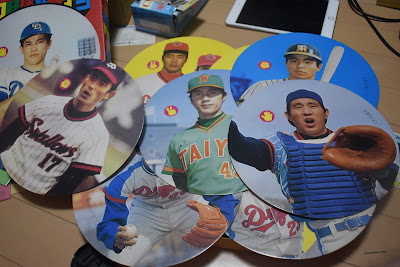 The backs all have facsimile signatures of the players. 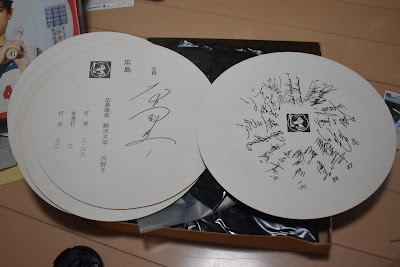 The really interesting thing to me though was the "discovery" in the box.  The Engel guide lists 13 different cards in this set (with a little + to denote that there may be more).  6 of the cards I got were in the catalogue but 2 were not!

I found two new cards that the hobby was unaware of!!!!

The first featured Yakult Swallows pitcher Hiromu Matsuoka.  He is kind of a Hall of Very Gooder, having compiled an almost even 191-190 win loss record, falling just 9 wins short of admission to the Meikyukai. 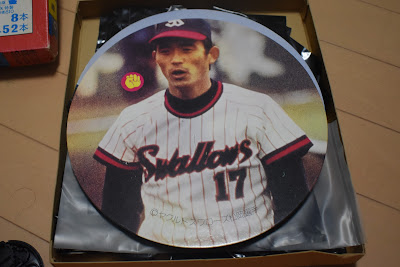 The other features Hiroshima Carp second basemen Tsuyoshi Oshita, who had led the league in stolen bases the previous season. 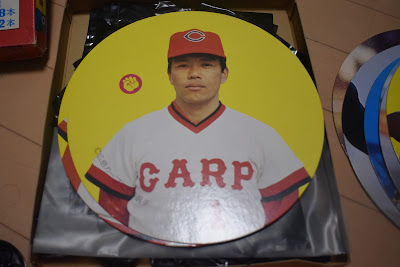 Also, I'm not sure if this is a discovery or not, but the Engel guide makes no mention of the fact that the JRM 16 set was a prize item for people who pulled atari cards in packs of JRM 10 (specifically the packs that came in this box, the ones in the other box I got didn't have any prize cards).  At any rate, I'm putting that info out there now!