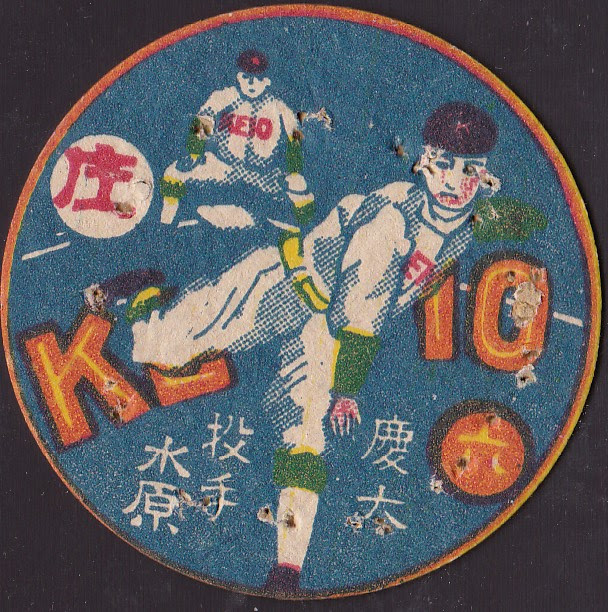 I picked this card up a while ago and have been meaning to do a post about it.  This is a Menko featuring Hall of Famer Shigeru Mizuhara as a pitcher for Keio University.  Its from the 1930 Round Menko set catalogued as JRM 41, which is one of the rarest sets out there.

Another copy of this card appeared in a 2013 auction on Prestige which listed their copy as only the second one ever discovered.  No other copies have shown up there since, so I think I can say that my copy is the third copy known to exist.

Unfortunately mine is probably the worst of the three in terms of condition.  It actually doesn't have much wear, but somebody has gone and poked a bunch of holes in it for some reason!  Damn 1930s kids!

This is actually my second find of a rare pre war Mizuhara menko, so I've got a decent little collection of his going!