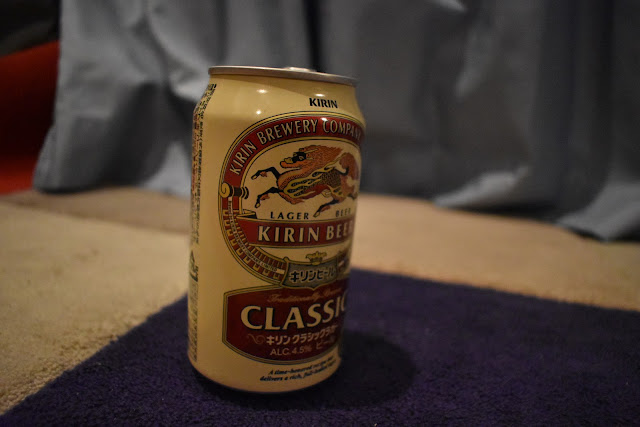 2020 sucks so far, but finally an event worth having a beer on the carpet has come along.

After seven years of toil, I have finally completed my 1987 Calbee set! The last four cards, all of them from the short printed series (#75-100) arrived in the mail after I won them in an auction over the weekend. 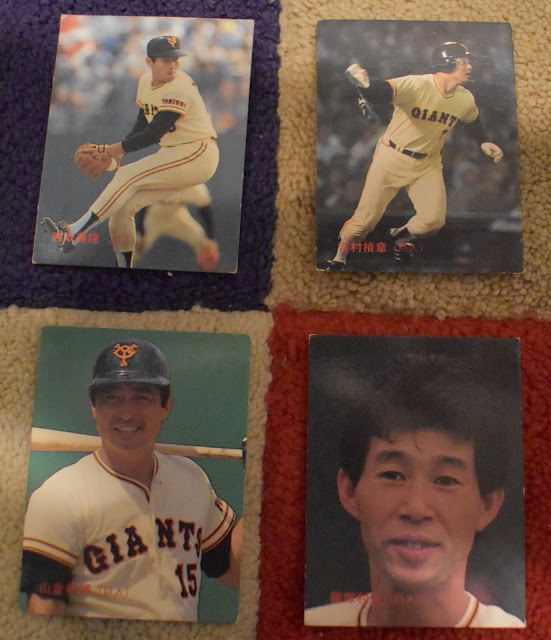 The cards are in a binder with 12 pocket pages that nicely display Calbee cards from the 1980s. 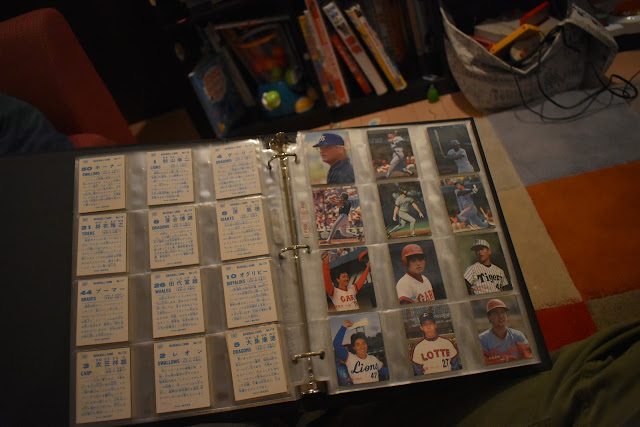 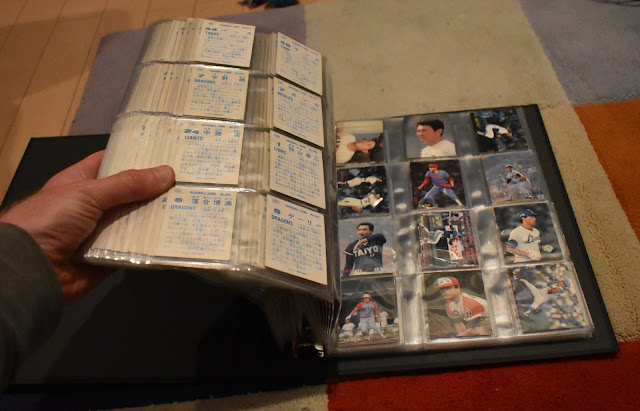 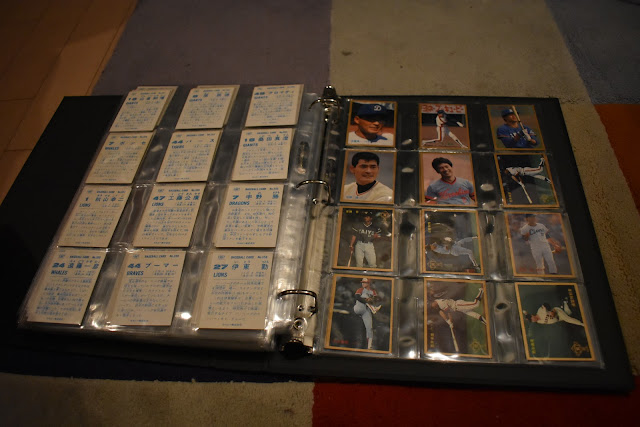 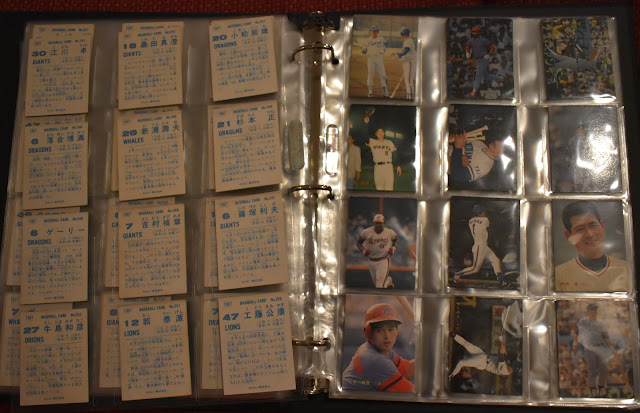 Completing a difficult set a good way of recording important events in your life.  2013-2020 I will remember as the "1987 Calbee years".

This is far and away the most difficult set I've ever built.  There are probably only a handful of other people who have ever finished it - piecing together a 33 year old set of 382 cards that was distributed one by one in bags of potato chips is no easy task - and I might be the first non-Japanese person to have done it (though I don't know that for a fact).

Now that this is done, I've still got the 1975-76-77 Monster set which makes this one look easy in comparison, and the more modest 1986 Calbee set, along with my various menko interests, to keep me busy!

For tonight though I enjoy a beer to celebrate the completion of my 7 year quest!