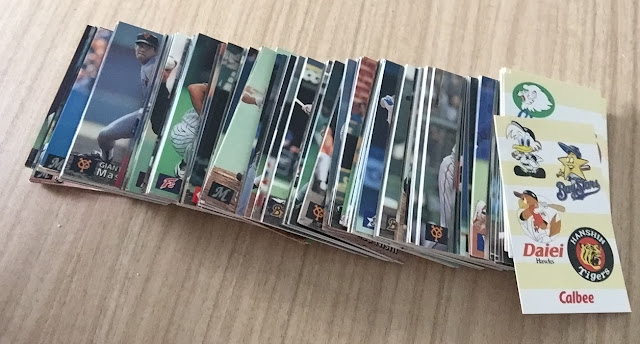 I made a pretty great score on Yahoo Auctions the other day, a 300 card lot of cards from the 1997 Calbee set. 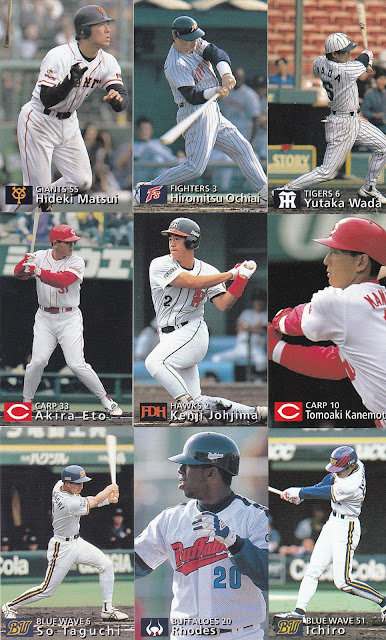 The 1997 Calbee set is an important one.  It is the grandfather of all Calbee sets that have been issued in the 23 years since it came out.  For the 1997 set they went with a simple design - full bleed photo with the player name, number and team name and logo being the only design elements on the front.  Pretty much every Calbee set since 1997 has followed that look with only minor variations.

Likewise, the 1997 set was the first to have a full color back with a player photo,  another design element that every set since has emulated. 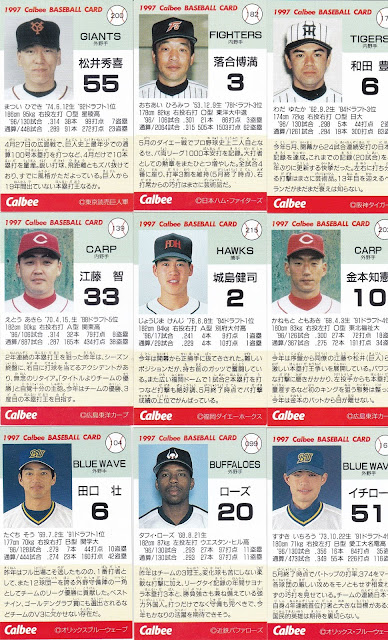 Its got a lot of big stars of the 90s like Ichiro and Hideki Matsui.  It also has one of the first Japanese cards of Tuffy Rhodes, a young Kenji Johjima and a very old Hiormitsu Ochiai.

This 300 card lot was a major score for me because the 1997s are pretty hard to find.  I only had a couple dozen cards from this set before getting these.

This is of course also reflected in the price.  Pre 1997 cards sell for significantly more than what post 1998, and especially post 1999, cards go for.

I've often kind of wondered about that - why did Calbee card production take off in 1998?  Maybe baseball got more popular that year?  Or they just decided to market and distribute their chips more aggressively?  I've never seen anyone answer this question.

Anyway, this scarcity explains why I pounced all over this lot.  Its not uncommon to see post 1998 Calbee cards in big lots like that, but you almost never find 1997 Calbees or anything earlier than that in lots that size.  In fact, I've never seen a 1997 Calbee lot with more than a few dozen cards before.  And since I didn't have many cards in it, this presented the perfect opportunity to get to work on that set.

The set, I should mention, contains 237 cards.  It was issued in four series and the last one (cards 217 to 237) just has 20 cards but was a short printed series in a set that was already fairly scarce so they are almost impossible to find.  I couldn't tell from the listing how many I would get, obviously there would be doubles, but I decided to take a chance.

The cards when they arrived were all pack fresh in the near mint to mint range, which was a nice surprise since a lot of Calbee cards even from the 90s often come with a lot of wear (its usually more like buying a lot of 60s or 70s cards in the US, from a time before people seriously collected).

I was kind of shocked  though that the seller had just thrown them into an envelope with no bubble wrap or anything to protect them, with the cards divided into stacks held together with rubber bands. 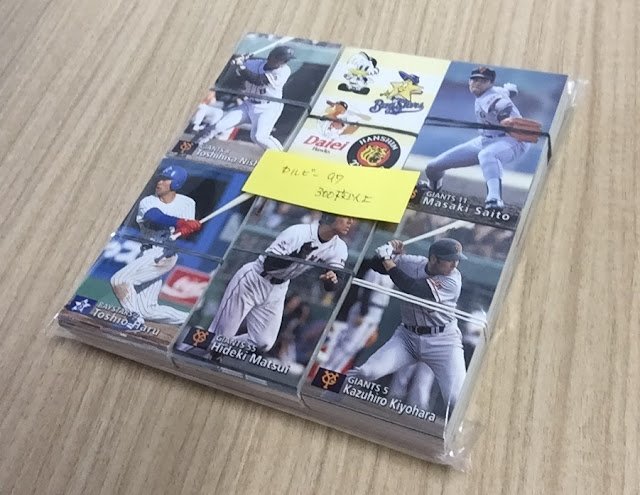 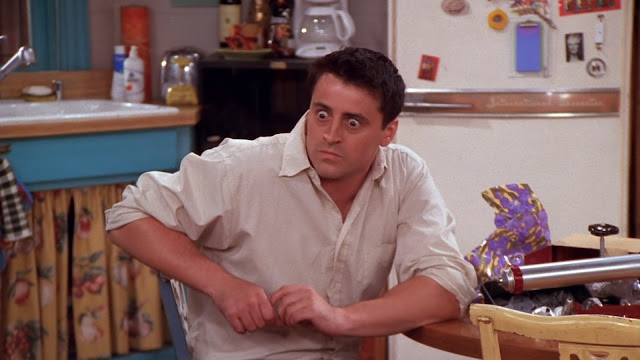 But then I was able to take the rubber bands off and found that the cards were all OK, so then I was like: 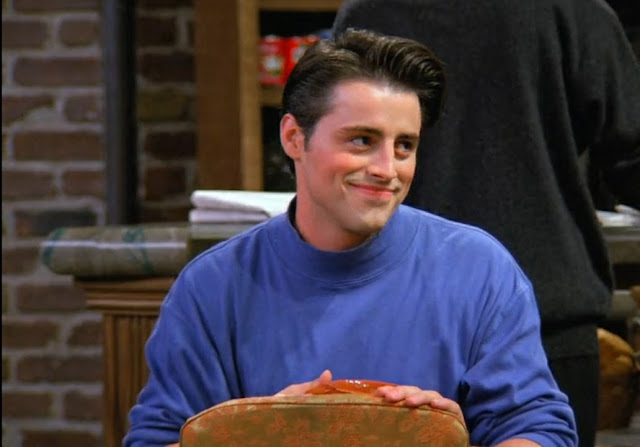 On the plus side, I was able to put together about 80% of the first three series (1 to 216) including the Ichiro and other star cards (update September 28, 2020: picked some more up, am now over 90% of the way there).  On the downside, the lot didn't contain any of the short prints from 217 to 237, so I'll probably have to shell out serious money for those at some point.

I'm pretty happy with these though and can now add 1997 Calbee to the list of sets I'm getting close to finishing!  The cards I still need are: