Roberto Barbon: The Baseball Pioneer Who Accidentally Pissed off the Wrong Guy to be Pissing Off 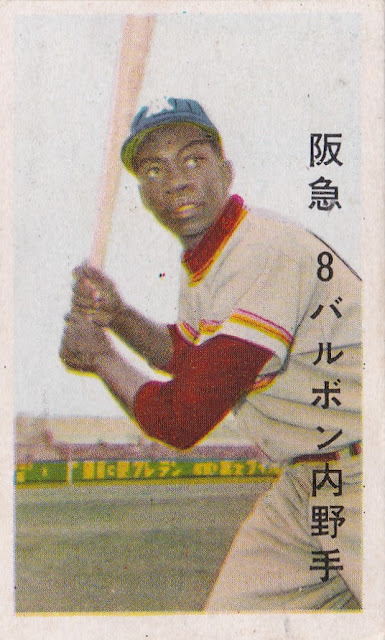 Roberto Barbon appears in a lot of menko sets from the late 50s and early 60s and I'd like to write a bit about him because he has an interesting story.

His most famous card unfortunately is this one below from the 1958 Doyusha set (JCM 30a), which I don't have but Dave wrote about it a couple of years ago and I'm borrowing his picture of it: 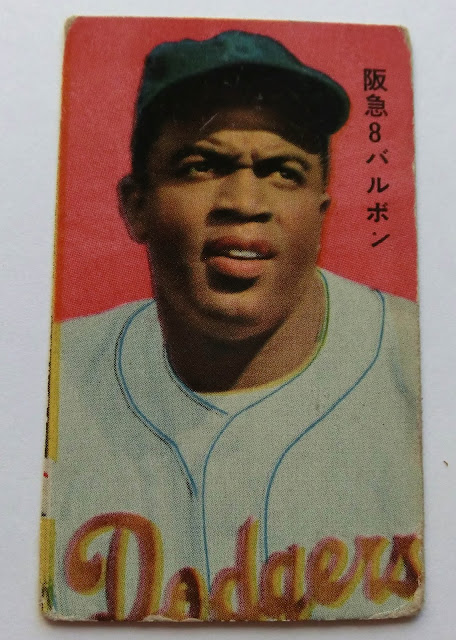 I feel bad that Barbon's most valuable card doesn't even feature him (that's Jackie Robinson if you haven't guessed, the menko makers accidentally used a photo of him).

There is a certain irony in this unintentional slight since Barbon has a Jackie Robinson type story as a pioneering trailblazer.  He was the first Latino player to break into NPB. I'm not sure how he ended up here, but its been mentioned that Abe Saperstein, owner of the Harlem Globetrotters, had something to do with it.   He arrived in Japan in 1955 after briefly playing in the Brooklyn Dodgers minor league system and was famously shocked to find players doing training in the snow in February (being from Cuba he had never seen the stuff before). 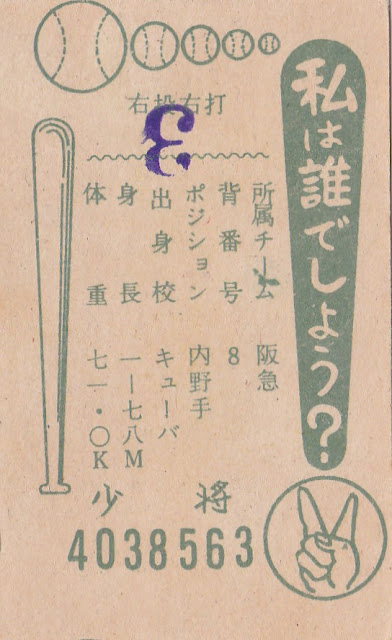 He had a breakout year, leading the league in hits, runs and triples in his rookie campaign.  He went on to have a very productive 11 year career in which he stole over 300 bases, with all but his final season being played with Hankyu.

My favorite anecdote about him came from early in his Hankyu days, when he accidentally pissed off a famous pro wrestler named Rikidozan, a guy with a legendary temper: 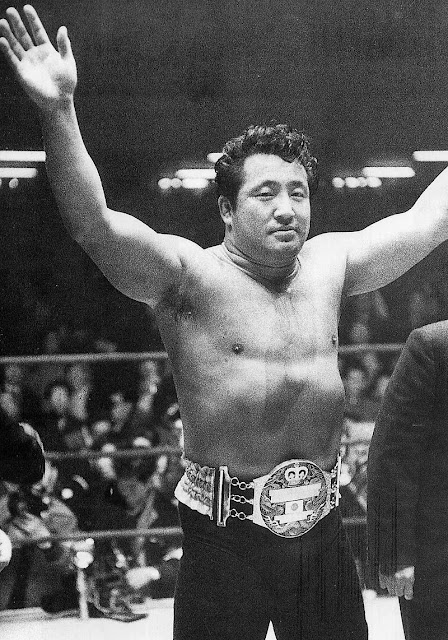 In a conversation Barbon had with a sports reporter, he casually commented that Rikidozan's matches appeared to be fixed (using the term "yaocho" which is used to describe match fixing in sports, especially sumo).  This was then reported in the press the next day and Rikidozan is said to have exploded in anger when he read it.  Years later Barbon would recall that he was "afraid to go to Tokyo" as a result.  Barbon wrote a letter of apology which seemed to satisfy Rikidozan.

Rikidozan ended up being fatally stabbed in a bar fight with Yakuza member Katsushi Murata not long after, but fortunately Barbon's story has a much happier ending.  In fact, his story isn't over.  After retiring as a player in 1965 he decided to settle in Japan.  Initially he worked at a friend's restaurant called Capone in Kobe, but he quickly returned to baseball, first as a coach for the Braves and later as an interpreter when Roberto Marcano joined the Braves in 1975.  As of 2018 (the most recent info I could find) he was still  working for the same team, today known as the Orix Buffaloes.

This is him at a fan event alongside Boomer Wells in 2012. His Japanese is really good (well he's lived here longer than I've been alive so I suppose that goes without saying):
So anyway, next time you fish a card of Roberto Barbon out of a pile of Menko, know that 60 years later he is still here in Japan, working for the team that brought him over!
Posted by Sean at 9:58 PM