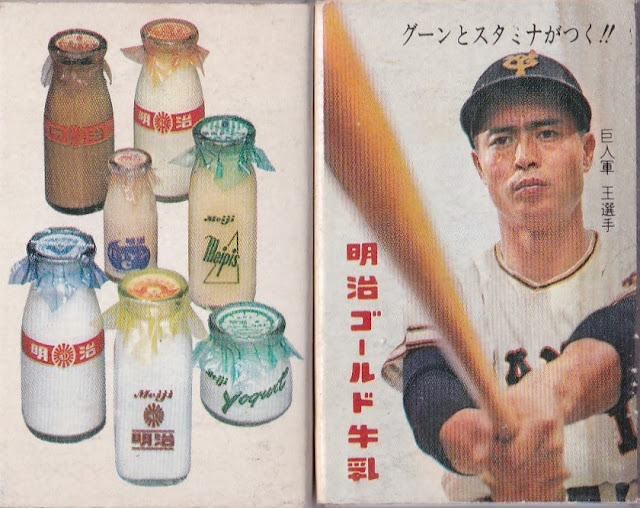 This is a kind of neat thing I picked up recently.  Sadaharu Oh gracing the front of a matchbox.

These matchboxes were distributed to advertise Meiji Gold Milk.  Meiji is one of the biggest makers of dairy products in Japan and you can see some of their stuff on the back.  Judging from the style of the bottles, and how Oh looks, I guess these date to sometime in the 1970s, though I can't say which year.

They are kind of neat, I like the photo of Oh and the way his bat is positioned.

I didn't get just one, but actually got a small pile of them all sold in one lot (none with any matches in them): 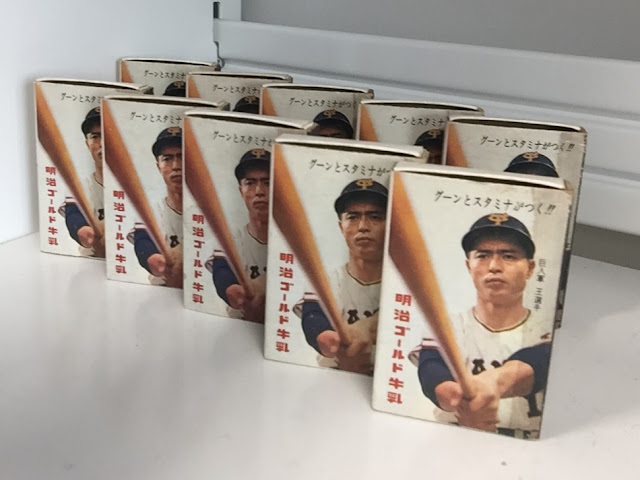 You can tell they are used since they all have a bit of discoloration along the right edge of the photo.  That is because the right side of the box has a rough surface for the matches to be struck on, and the heat of the lit matches slightly tinged that side of the box.

Matchbox collecting is a thing in Japan, lots of companies used to give them away as promotional items and many used distinctive photos or artwork.  There are a few with baseball players on them and I might try to collect some of those.  Fortunately they aren't too expensive.