Cataloguing One of the World's Rarest Sets 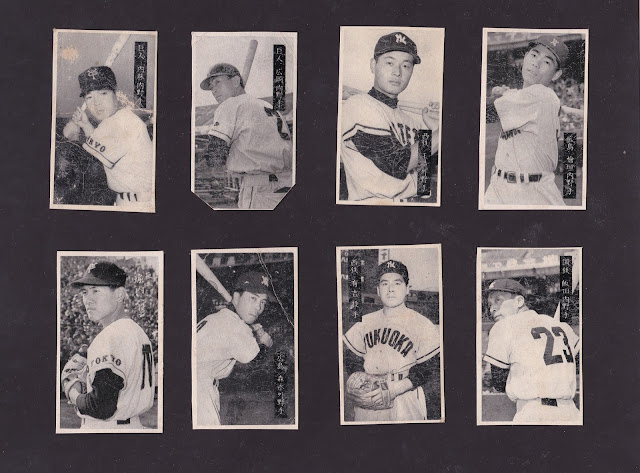 I made a pretty awesome find last week.  Actually "finds".  There were a few lots of random old menko that were put up on Yahoo Auctions by an antique dealer.  I think there were at least a dozen lots, each containing about 30 cards.  When perusing them I noticed in the photos that sprinkled throughout were a few that had backs featuring spaceships and aliens, which I had never seen before. Like these: 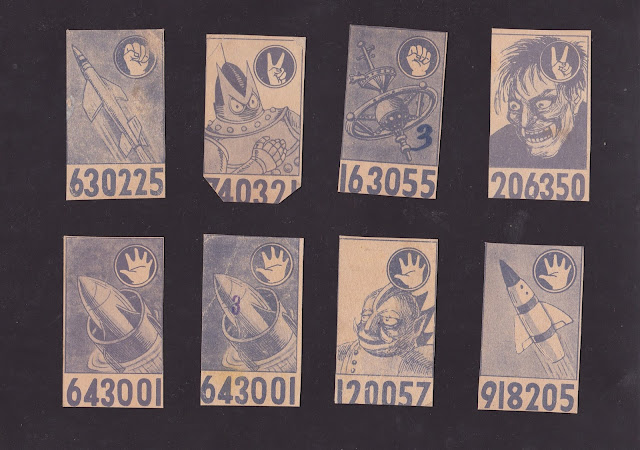 I looked them up in Engel and found them catalogued as set JCM 134 "1958 B&W Space Fantasy".  This here is the entire listing: 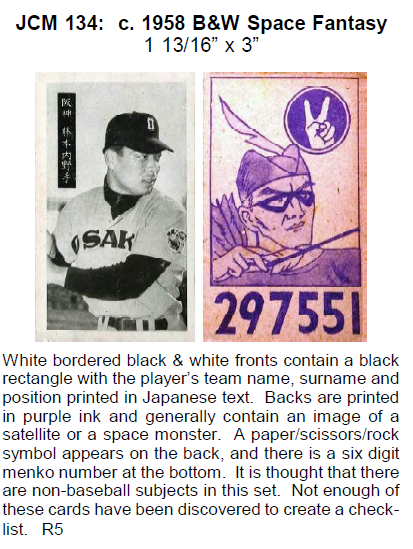 Wow, not enough of these cards have been discovered to create a checklist? That got my attention, so I put bids in on all of the lots that had at least one of the cards with these backs in them.  The bidding went really high on some of them so I wasn't able to win them all, but when the dust settled I had won several of the lots which cumulatively included the above 8 cards.

So here we go, the world's first attempt at creating a checklist of this set.  Here are the ones I have, listed in numerical order according to the number on the back (some cards have the same number).  I got a couple of Hall of Famers in there but mostly commons:

This is definitely an incomplete checklist and whoever won the other lots would probably be able to add to this (I couldn't get a good enough look at the photos to get the player names in those ones).

I'm pretty happy to add these to the collection!