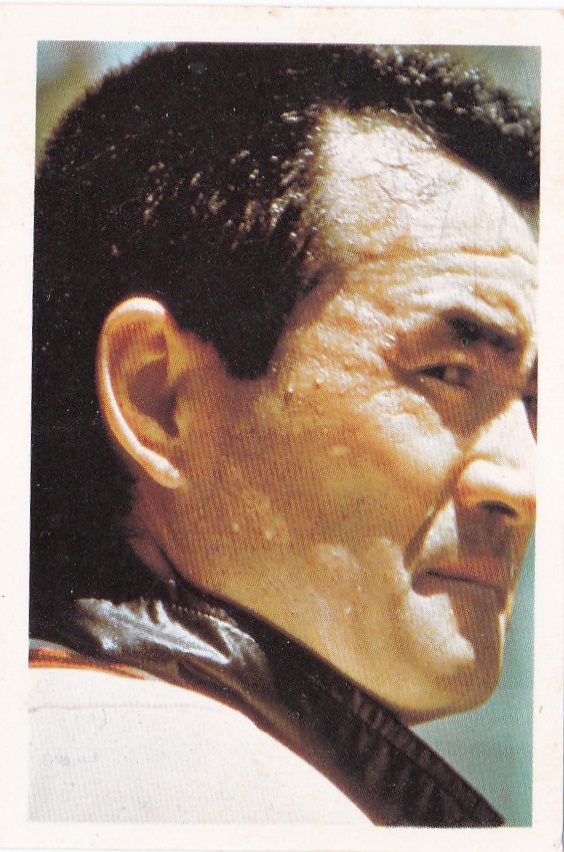 I recently added the above card, #177 from the 1975 NST set featuring Shigeo Nagashima, to my collection.

You can really see those beads of sweat running down his face though.

This is the 1970s Japanese baseball card paradox.  On the one hand they feature some of the best photography in baseball card history and completely blow away the boring posed spring training shots that appeared on most Topps cards in the US from that period.  They are loaded with interesting shots, some candid, some in action, almost all taken during the regular season during games in the player's home stadium.

On the other hand they also feature some of the worst photos ever, mostly due to really bad photo cropping like the one above.  For all its faults, I've never seen a Topps card which cut the tip of the depicted player's nose off.

I have a small type collection of these on the go now.  They include: 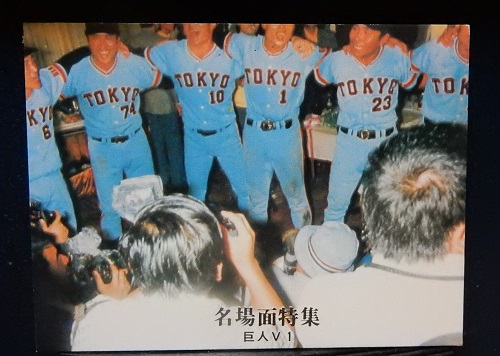 Card: 1977 Calbee #17
You wouldn't know it but this card features all time home run leader Sadaharu Oh and all time hit leader Isao Harimoto singing a victory song after winning the pennant.  You can't see the top half of Oh and Harimoto's head.  They cropped it out in order to create more space at the bottom of the card for.....the backs of some photographers. 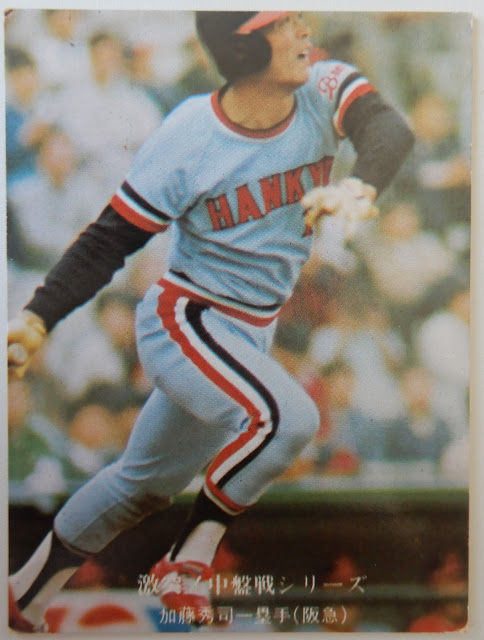 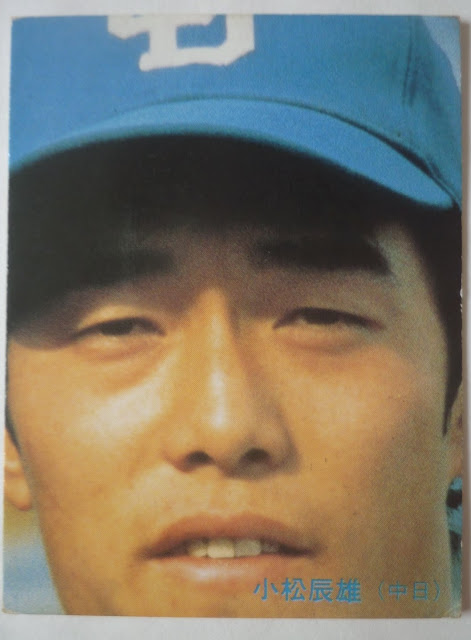 Ever wondered what former Dragons' pitcher Tatsuo Komatsu's chin looks like?  To this day I still don't know.

Are there any examples out there of American cards (or other Japanese cards) cropped this badly?