Green Menko are a Sight to Behold 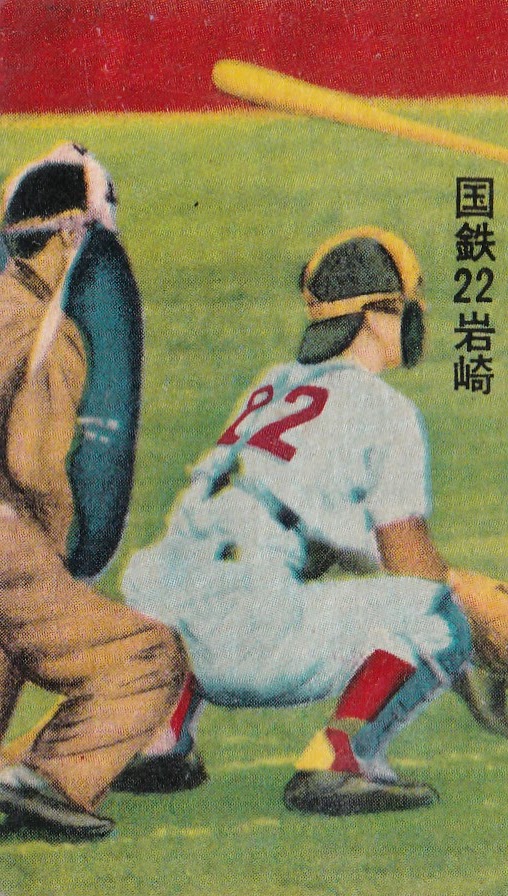 One menko set that I've recently been taken with is the 1958 Doyusha borderless set (JCM 30a).

The set is famous for having an accidental Jackie Robinson card that was supposed to feature Roberto Barbon.  I don't have that card and its not my favorite (nothing against Jackie or Barbon, its just that it has a kind of boring head and shoulders photo).  What I really like are the cards that have a bit of action in them. They really are quite beautiful. 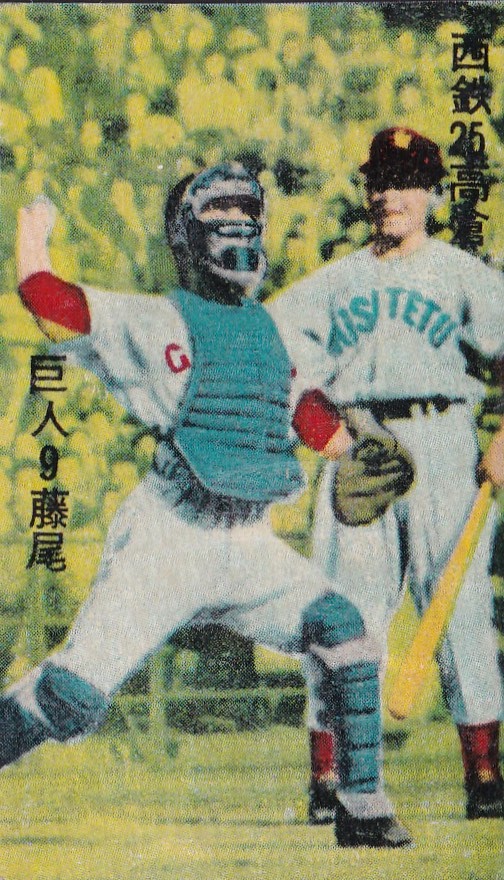 There is something about the hand colorization they used in this set that really has a nice artistic quality to it.  They gave a uniform color to most of the background - green in the cards I've chosen to highlight in this post.  It does such a good job of framing the action in the foreground. 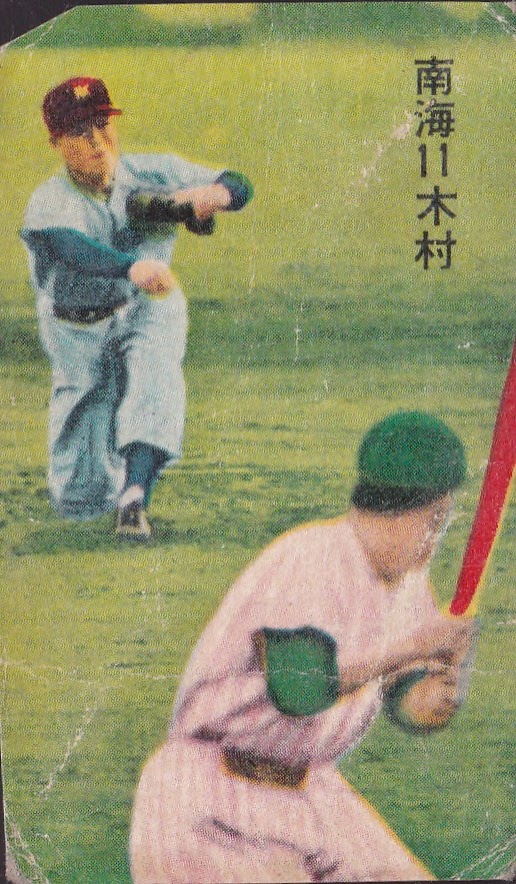 These three cards are my favorite.  They are all commons (featuring Kokutetsu catcher Iwasaki in the top card, Giants catcher Fujio and Nishitetsu batter Takakura in the second one, and Nankai pitcher Kimura in the lower one).  Tetsuro Iwasaki is a particularly interesting card, he never played a full season in NPB and in very limited playing time across 3 seasons he accumulated a grand total of one hit in his entire career (career batting average: .059).  Its odd to see someone with such limited playing time, and for a less popular team at that, in a menko set, where they usually reserved most cards for star players on popular teams like the Giants.
But I like them mainly because of how they look.  That green in the background looks so nice with the action in the foreground.  It also helps that they lack a border, I'm very partial to the menko sets without one.
Posted by Sean at 7:49 PM