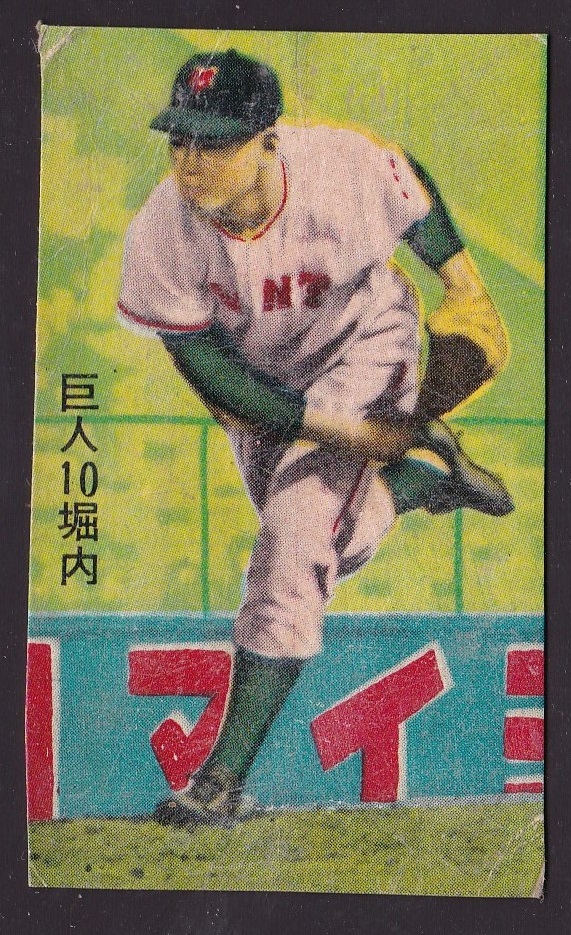 One thing I like to see on older cards is billboards in the background.  They give cards a distinctive period look when they are fortunate enough to have them.

This is especially the case in Japan.  This is not a land of peaceful Zen gardens and picturesque Shinto shrines.  It is a land of billboards.  They are one thing that really distinguishes Japanese cities from those in most other countries.  Its standard practice in central urban areas for commercial buildings with good lines of sight to have giant structures on top of them which are sold for advertising.  This is what the Nakasu area in Fukuoka, just up the road from where I used to live, looks like for example: 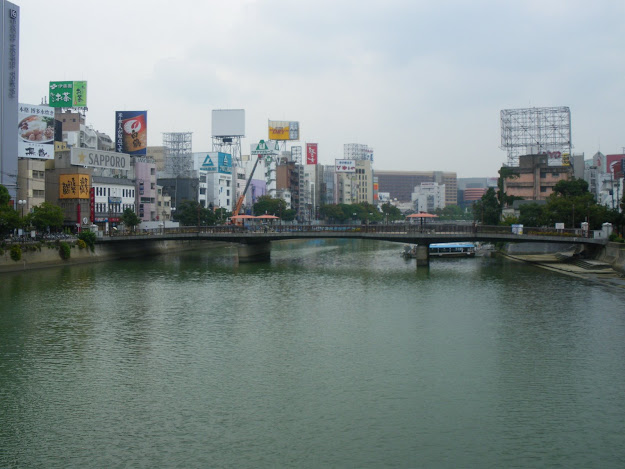 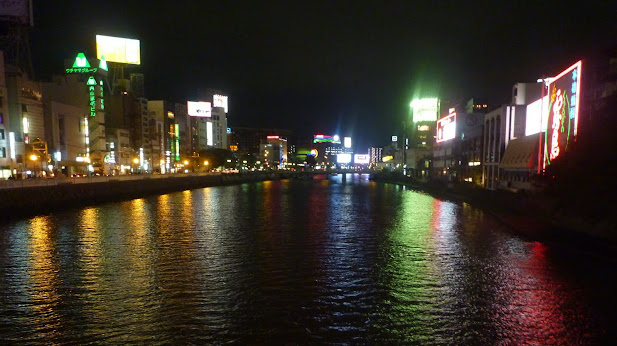 There is an American writer named Alex Kerr who wrote a couple of famous books about Japan back in the 90s.  Mainly these books lament the loss of Japan's physical and aesthetic cultural heritage -  you don't see much traditional architecture in Japan which is a real shame.  I agree with him on a lot of points, but he also devotes some time to slamming the dominance of billboards in the urban environment, which he finds tacky.  This is where our opinions diverge, I love the billboards.  Look at the above photos and imagine how dreary and grey that location would look without all the vibrant color provided by the billboards, both during the day and at night.  They are the only thing that give these cityscapes some life. 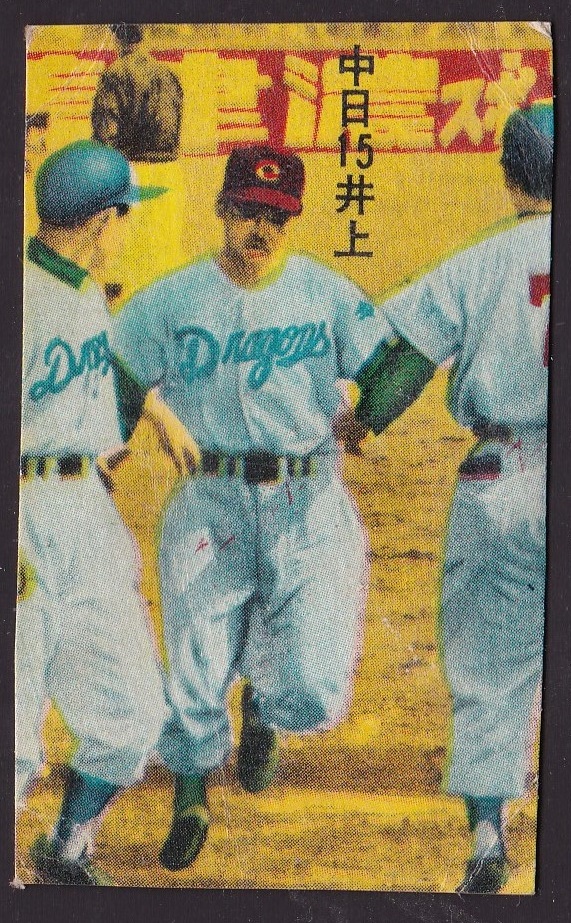 The billboard aesthetic of Japan in general is copied in the confines of Japanese baseball stadiums, where pretty much every piece of wall space is covered with them. 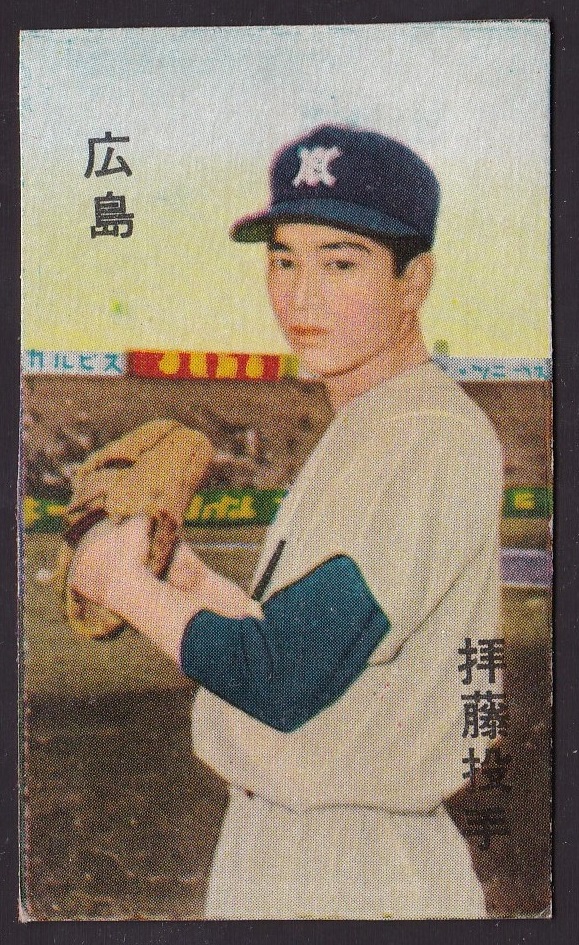 I really like the look of billboards on old cards, especially menko.  The artists who worked on them basically just splashed whatever color they want on the backgrounds of black and white photos.  Some of them look pretty cool. 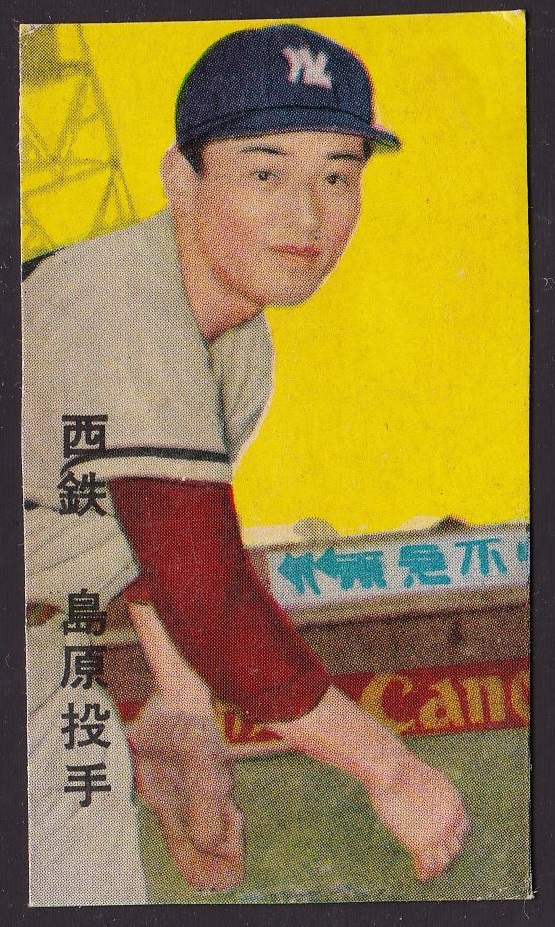 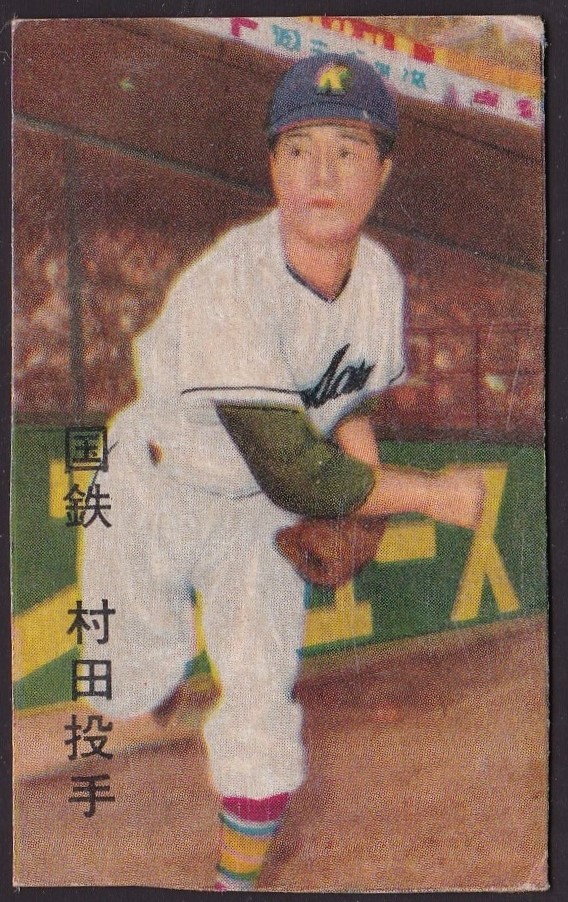 Calbee cards from the 70s are also pretty awesome and display some good 70s billboards.
That is one thing I've always disliked about American cards from the late 50s onwards.  Since the photos were almost always taken at spring training facilities you'd rarely get billboards and if you did they would be for hyper local stuff in small Florida or Arizona cities.  On Japanese cards though you get a lot of them, which is pretty cool.
Posted by Sean at 8:37 PM