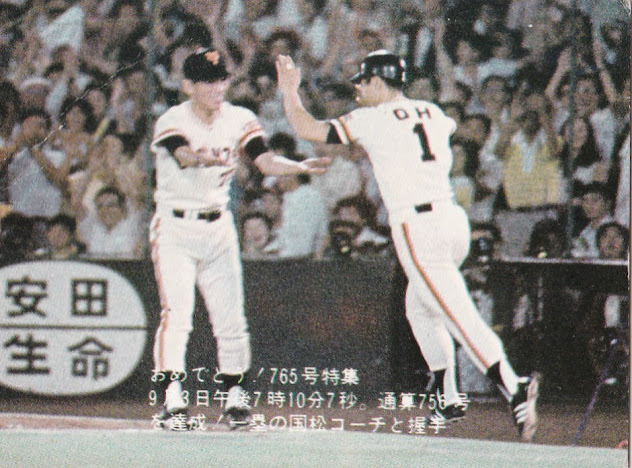 One of the hardest Calbee sets from the 70s to find is the 96 card set dedicated entirely to Sadaharu Oh on the occasion of him passing Hank Aaron's 755 career home run total.

The back of the card is kind of interesting.  It shows some stats on each of his milestone home runs over his career that you don't often see.  For each, in addition to the date, it also tells you how many other players had hit that many (at the time),  the pitcher he hit it off and the number of games it took to get there.  So we can see for example that when he hit his 100th career home run on July 28, 1963 off a Hiroshima pitcher named Ooishi there were only 32 other players in the NPB "100 home run club". When he hit #200 a mere 2 years later there were only 12 other players with as many.  Two years later he joined the 300 home run club, which only consisted of 3 players.  And when he clobbered #550  five years after that he was in a club all by himself.  There seems to be an error in the last two entries of the number of games played column, it seems highly unlikely that it took him 2318 career games to reach 715 home runs, but didn't reach #755 until career game 10,145 (which would take about 70 seasons). 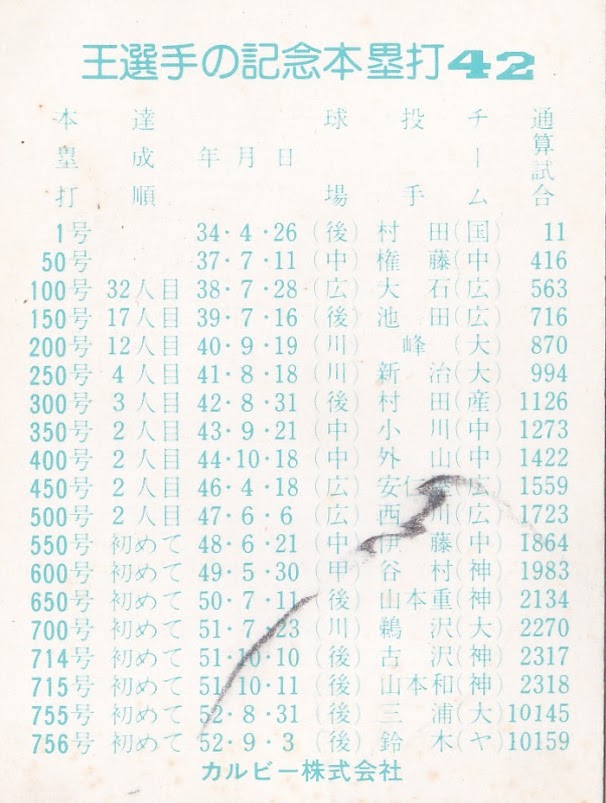 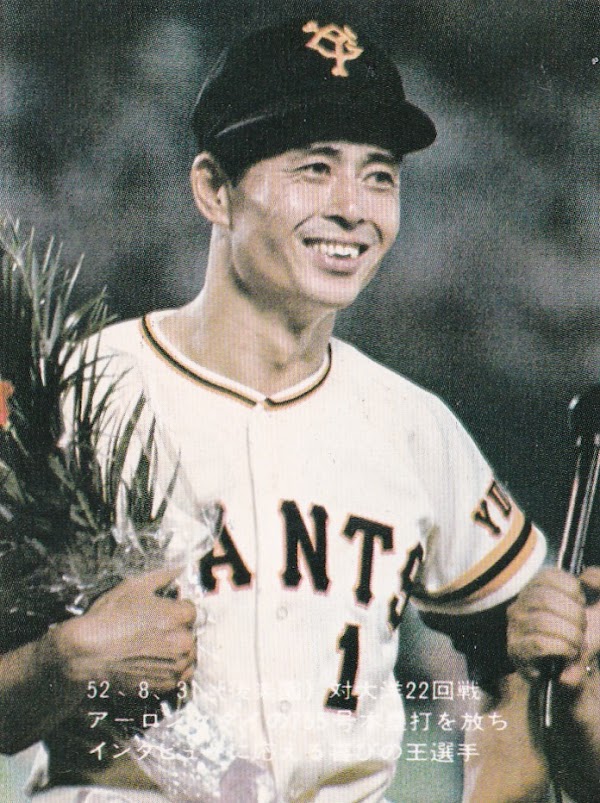 The back of this card is also pretty cool, it shows a side by side comparison of the careers of Oh and Aaron from 1954 to 1977. The first few years are blank for Oh since he didn't play his first game until 1959, while 1977 is blank for Aaron since he retired after the 1976 season.  Its actually quite impressive that Oh accomplished his feat in four fewer seasons than Aaron, especially given the shorter season in NPB. 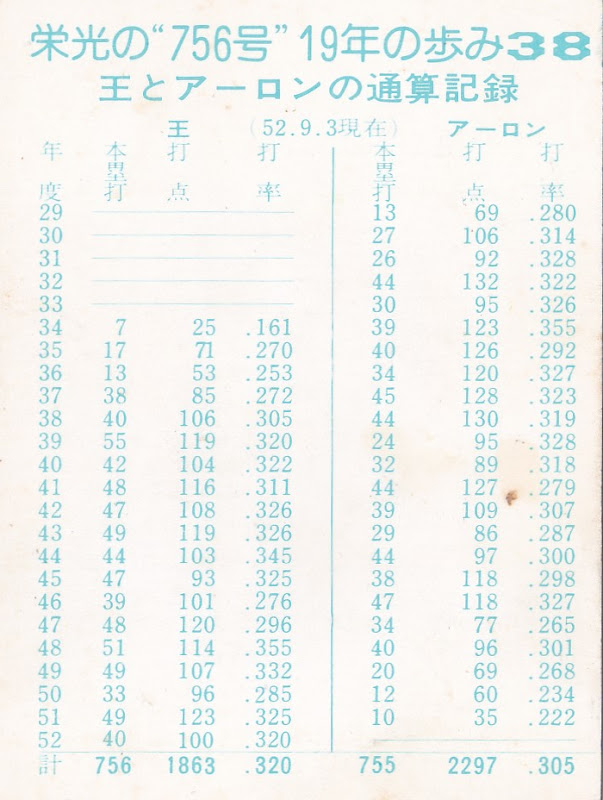 The most famous, and valuable, card from this set is #93, which features Oh with Hank Aaron on the front.  I don't have that card, its pretty expensive (Engel lists it for $750 and I think that is about right, there is a graded copy in EM condition with a BIN price of 78,000 Yen available right now).  Even the regular Oh cards like these two cost a fair bit. Engel lists them at $200 which also seems to be in the right ballpark for the cards in high grade.  Some seem to sell for more, card #29 (which just features Oh, no Aaron) is currently the subject of a bidding war on Yahoo Auctions which currently stands at 36,000 Yen (about $350 US) with 3 days to go.   As you can see from the scans, mine have some condition issues which made them affordable enough to be in my price range!
Posted by Sean at 6:20 PM