Gets: 1988 Calbee Bill Gullickson with a photo taken from a TV screen 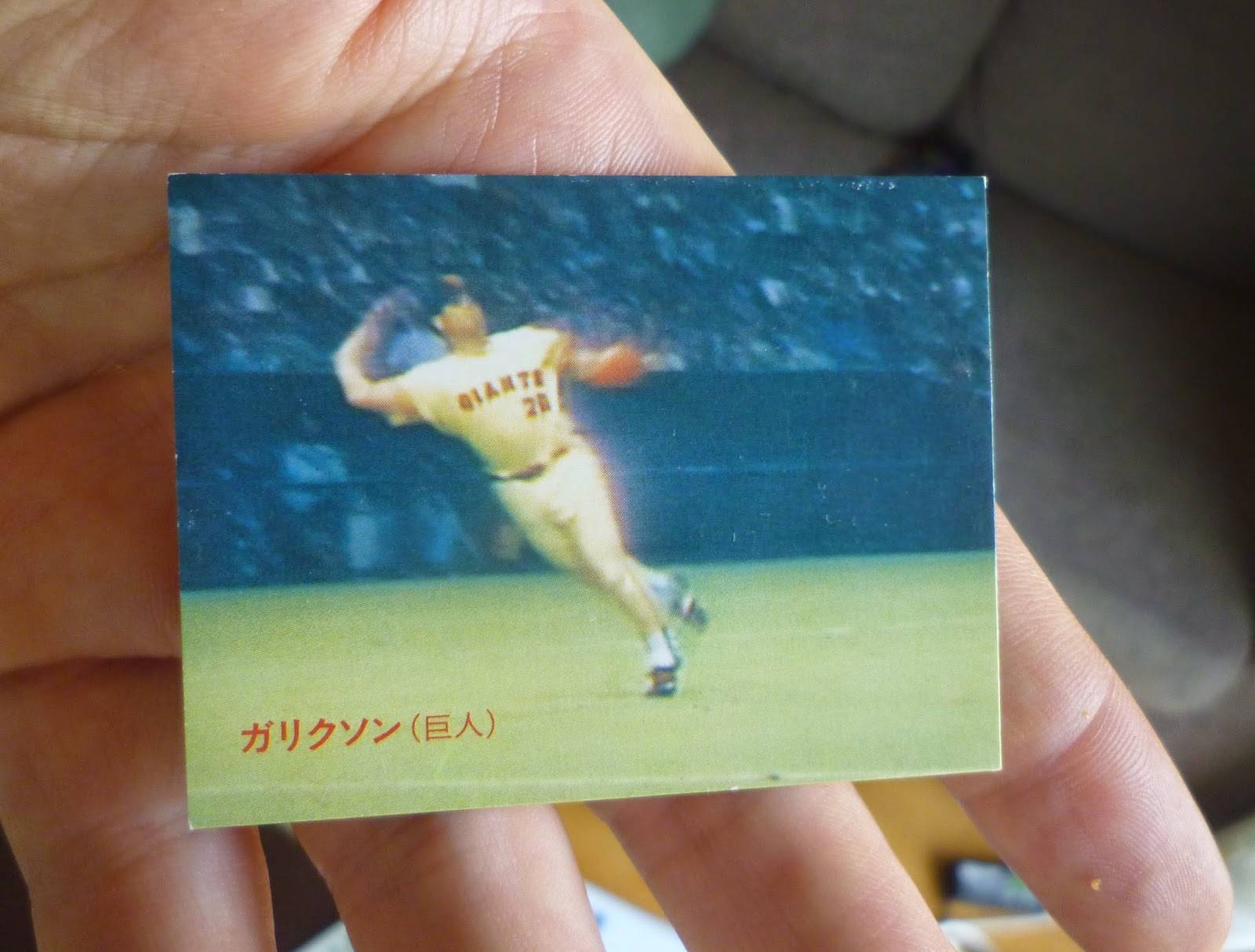 A few days ago NPB Guy and I were discussing the photography on 1988 Calbees and he noticed that according to the Japanese Wikipedia page for Calbee, in 1988 the company was pressed for time to get pics of some players in time for the set`s release.  So they hit on a great idea: just point a camera at the TV when a game was on you could get some awesome, completely out of focus, in action shots of the stars.

He did a post about it on his blog which inspired me to go on Yahoo Auctions and pick up one of the `TV photo` cards: Bill Gullickson. 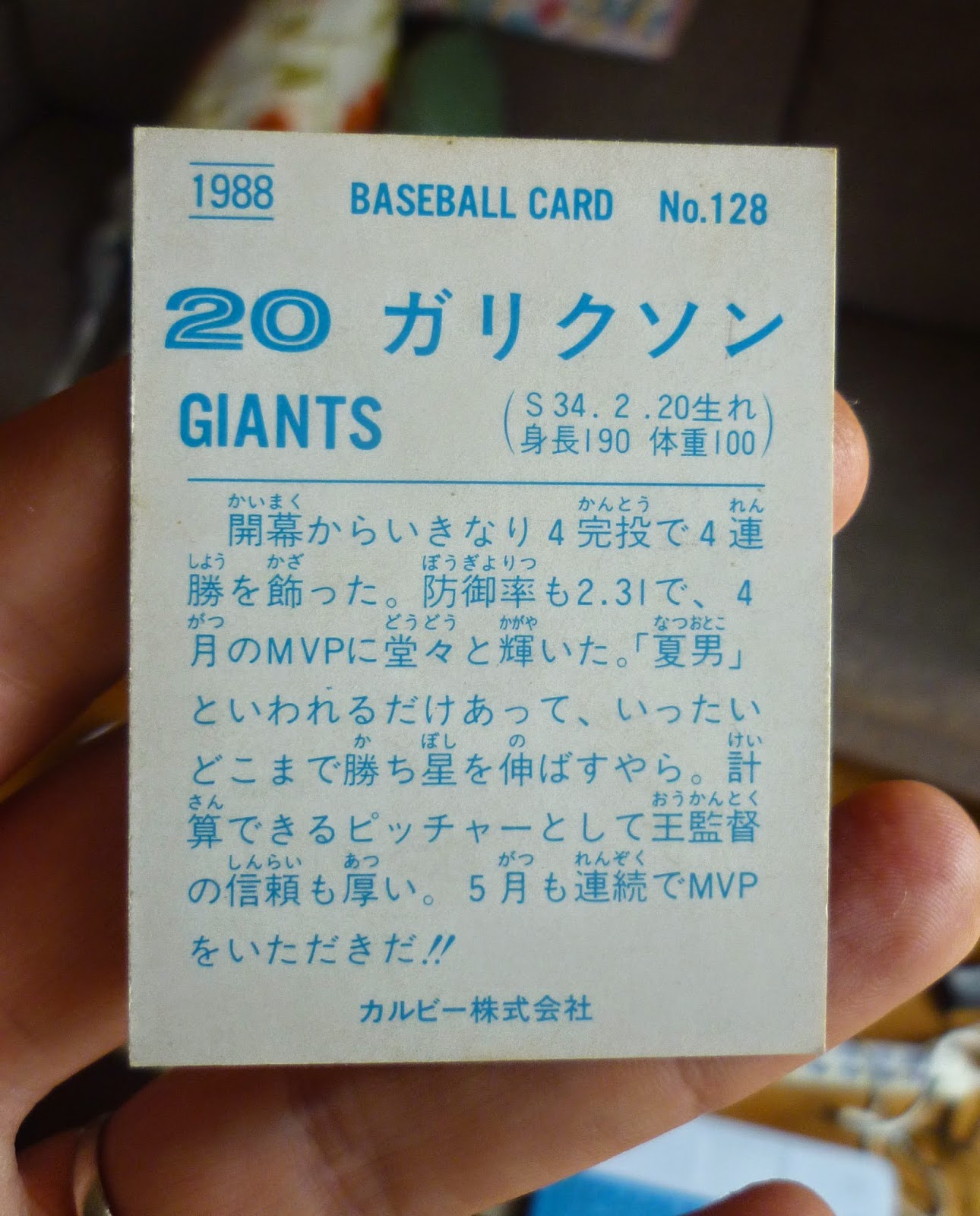 It arrived yesterday. There isn`t actually anything on the card which says they got the photo by pointing the camera at the TV, but it seems pretty certain, given how out of focus the photo is, that this is one of them.

I like the idea of collecting these TV-shot cards from the 1988 set as a sort of subset.  It will be interesting to try to figure out a complete list of the ones that are.  Some like Gullickson here are obvious given the fuzziness (NPB guy`s blog post has a few other dead giveaway ones), but others might be a bit harder to spot.

Gullickson is probably a good one to start on.  I hate the Giants, but he started his career with my beloved Montreal Expos and was a pretty solid pitcher during his MLB career, probably one of the most succesful of those who played in NPB. He, along with Cecil Fielder, are also among the few who had their best MLB seasons after playing in Japan rather than before, leading the AL in wins in 1991 (ironically playing on the same team as Fielder).
Posted by Sean at 6:16 PM