The Damn Guides are Messing Up a Lot 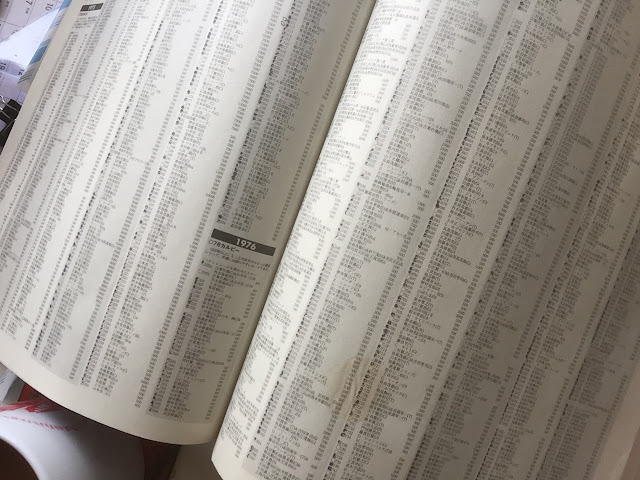 I'm getting a little frustrated with the two guides I have to Japanese baseball cards: Engel and Sports Card Magazine (SCM).

These both have their upsides and are useful resources, but as someone collecting vintage Calbee I can say they are both quite a bit off on a few things.  I already noted in an earlier post that they often get prices wrong, but in this post I'd like to note how they don't accurately reflect the scarcity of some cards either.

I recently took a bit of time to review my checklist (pictured above, I use my copy of SCM to keep track of what I have.  Analogue, baby).  In doing so I've become aware of some patterns in the cards I am missing that seem to coincide with scarcities rather than just random chance.  Some of these are reflected in both guides, some are reflected in neither.

The set was issued in 40 series.  According to the guides, 4 of these series are short printed (I'll refer to them as the "known scarce series"). These are:

So I've been paying more money for cards from those known scarce series and still have quite a ways to go on completing them (about half way there overall with these 4 series, but the Red Helmet Series in particular I need a lot of and they are the most expensive).

This leaves 36 other series which both guides view as "common" and don't note any distinction in price or rarity with respect to.

At this stage after years of collecting and scouring auctions for anything and everything I could lay my hands on, the remaining holes in my collection should therefore be more or less randomly scattered throughout these remaining 36 series.

With 33 out of the 36 remaining "common" series I can describe my collection of them as almost complete, with just a few stragglers that I have yet to round up.  These 33 series I feel confident in saying are the easiest to find (relatively at least) and I am at least 80% complete on all of them, with many exceeding the 90% complete level.

But that leaves 3 outliers which I have noticeably fewer cards of. Instead of having 80% or more like I am with all the other series except the four known scarce series, with these three I only have between 30 and 40% of the cards.  They are:

Looking around Yahoo Auctions, the pickings for these three series are extremely limited compared to common series and they seem a lot closer to the 4 known rare series.  Prices reflect this: these cards sell for more.

Looking at the guides, the only one of these series which are priced higher are the Sadaharu Oh 700 Home Run ones, and that is because the cards feature Sadaharu Oh (both guides list his cards at the same premium in this series as they do for his cards in others).

With Series 14 and 27 I'm fairly confident that they are short printed and quite a bit harder to find than the others (maybe the same ballpark as the 4 known scarce series).  With the Sadaharu Oh 700 home run series its possible that they are simply more popular because of Oh, which would explain why they are harder to find and more expensive, though I'm not sure I buy that  (the number I have are suspiciously similar to the other two, and Oh's cards in other series aren't particularly hard to find despite his personal popularity, which leans towards these being short printed too).

So there is another problem with the guides:  relying on them you would only think there were four expensive, rarer series in this set when in fact there are seven.

While frustrating, its actually also kind of fun to discover this sort of stuff on my own.  On the downside though I now realize that I'll have to shell out more money on those other three series if I am to have any chance at completing this thing!
Posted by Sean at 12:36 AM