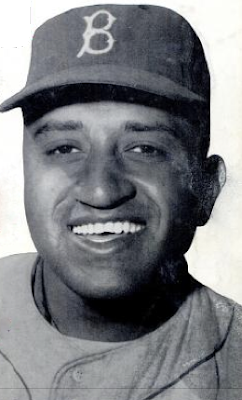 Don Newcombe passed away yesterday at 92.  The baseball blogosphere is full of tributes, and I thought I'd just do one here that focuses on a claim to fame that he has which nobody is talking about: he was the first MLB player to play in Japan.

In 1962 he came to Nagoya, the very city I am writing this post in, to play for our Chunichi Dragons.
He wasn't the only former Major Leaguer to come over that season, Hall of Famer Larry Doby also played for the Dragons that year.  But Newcombe made his debut on June 23rd while Doby made his on June 30th, so Newcombe beat him by a week to claim the honor.

On a side note, that really makes Doby the perennial second man.  He was the second African American to play in MLB, the second to manage a team, and also the second MLBer to play in NPB.  The guy always had someone just a bit ahead of him (and Newcombe is the only one of those guys who wasn't named Robinson)!

There is a pretty cool picture of Newcombe with the Dragons here.

Another odd tidbit about Newcombe's time with the Dragons is that he was mainly a position player (splitting time between the outfield and first base) rather than a pitcher like he had been with the Dodgers.  He only appeared in one game as a pitcher during his Japan days and 82 as a position player.  He put up decent numbers for a pitcher, hitting .262 with 12 home runs.  For any other pitcher this would be a really weird way of ending their career, but Newcombe had been one of the best hitting pitchers of his generation.

Anyway, he'll be missed here in Nagoya too!