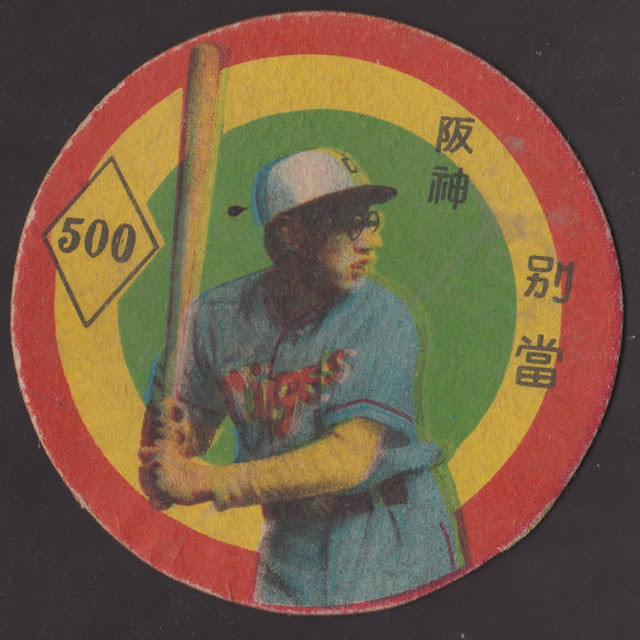 Here are a couple of cards from the set Engel catalogues as JRM 52, noteable for their bullseye background!

Issued in 1949 they are quite rare (Engel classifies them as R4, less than 10 copies known) and I have two of them, Tigers slugger Kaoru Betto and Giants star Noburo Aota! 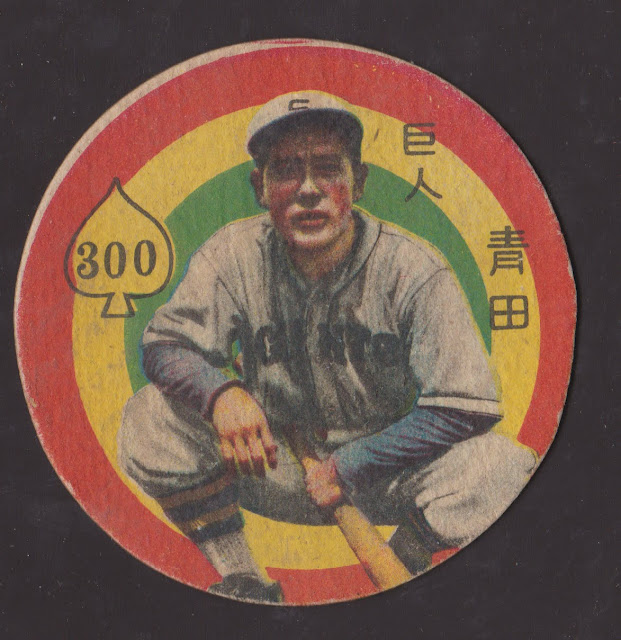 The Aota one is particularly interesting since its a previously unknown "new discovery" that isn't listed in the guide.  I really love finding stuff like this,  maybe this is the only copy of this card which still exists (though its unlikely)!

I really love the design of these, the colorized portraits which show most of the player's body instead of just a headshot look great against the colorful background.

Both these guys are in the Hall of Fame.  I've written about Betto before, but Aota is also interesting. He was a five time home run leader and at the time he retired in 1959 he held the career record for most home runs with a grand total of ......265.  So slightly more career home runs than Pete Incaviglia?  Well, the league was still pretty new at the time and his reign only lasted 4 years!