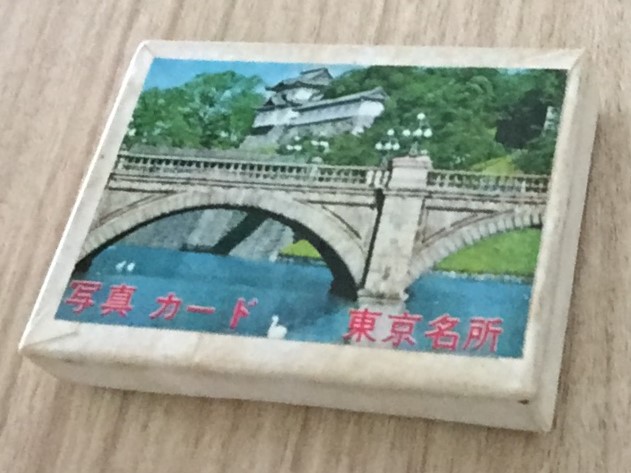 It looks like things are about to get bad in Tokyo.  We've been lucky so far in Japan, despite being one of the first countries outside of China to get the virus we haven't seen the kind of disaster that's happening in Italy, Spain, Iran or the US yet.  But cases have started to spike in Tokyo (suspiciously mere hours after they announced the postponement of the Olympics, leading everyone to suspect the government was massaging the numbers until then) and it looks like our luck might be running out.  And as Tokyo goes so goes the entire country

I picked up a really neat set of cards featuring scenes from around that city ("Famous scenes of Tokyo") the other day which I thought I'd share.

The set comes in a cute little matchbox with a color photo of the Imperial palace.  Open it up and a bunch of black and white photo cards (roughly the size of 1951 Bowman cards) spill out. 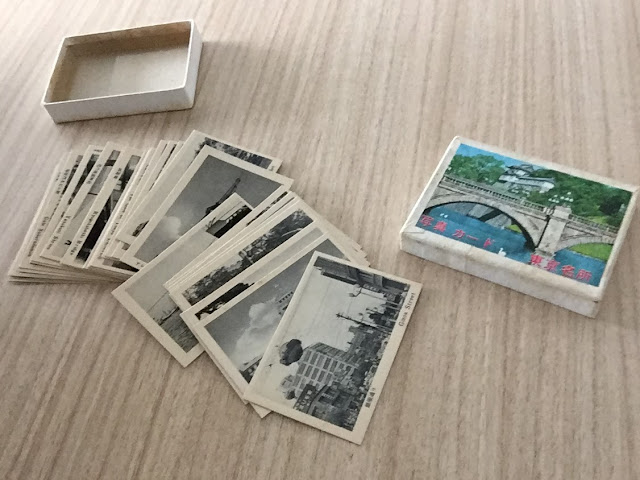 Its got a lot of great vintage images of the city, including Korakuen Stadium! 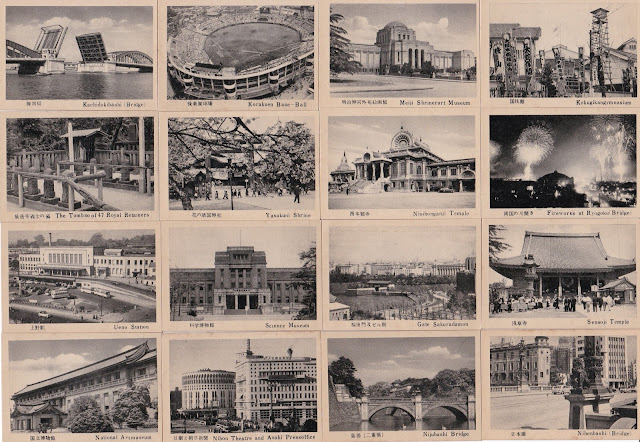 For train buffs like  me its also cool that it has cards of Tokyo Station, Ueno Station and the Tokyo Subway. 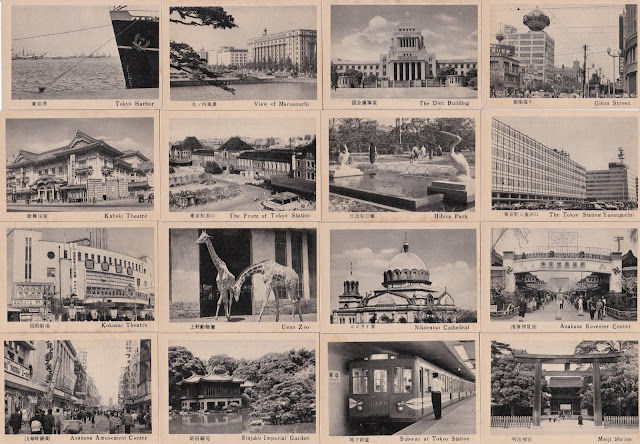 This card here allows me to date the set as having been released sometime between 1953 and 1958. 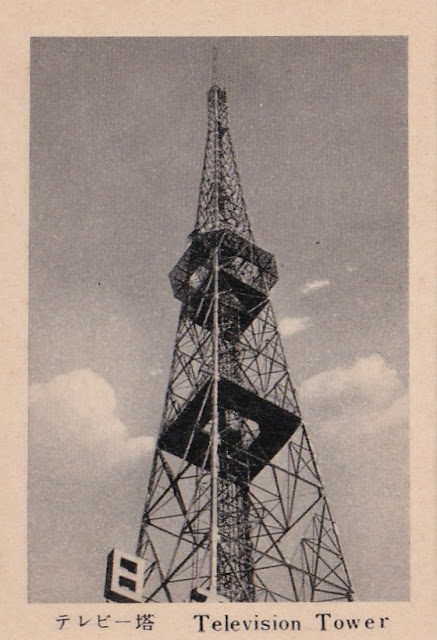 This is not Tokyo Tower, but its predecessor "Television Tower".  This is kind of an interesting inclusion in the set because hardly anybody in Tokyo would know what this is today.  It was Tokyo's first TV tower built after the war, completed in 1953, and was a very famous landmark in the city for a very short time.  It had an elevator to a viewing platform at 154 metres high, the highest in the city.  In 1958 however the much taller and more famous Tokyo Tower, which still exists, was completed and replaced this one.  Based on this, the set must have been released somewhere in that 1953-1958 period.

The backs of the cards have little write ups (in Japanese) about each of the places on the front.  Its been kind of nice flipping through them and looking at Tokyo in the 50s, happier times!
Posted by Sean at 7:42 PM

Email ThisBlogThis!Share to TwitterShare to FacebookShare to Pinterest
Labels: Tokyo