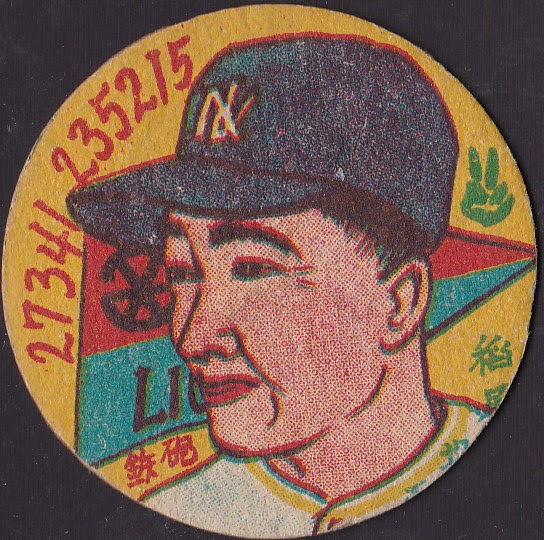 The name comes from the really long eleven digit numbers on each card. While understandable, its kind of a shame. I really like the artwork on these ones, which have realistic caricatures of the players' faces on them.  Unfortunately that doesn't translate into an easy to understand set name, so "Many Digit" makes more sense. 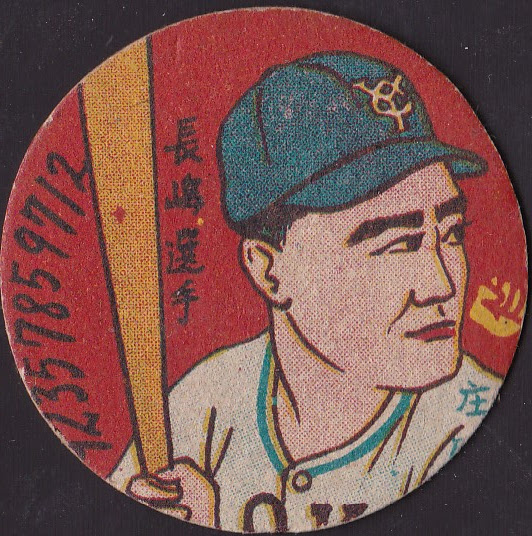 I have two cards from the set.  The one on top of this post is of Hall of Famer Kazuhisa Inao, a pitcher for the Nishitetsu Lions.  He was one of the most dominant pitchers of the late 1950s and early 1960s and set the single season record with 42 wins in his 1961 campaign (to go with a 1.69 ERA).

The second card I have is Shigeo Nagashima, who I guess needs no introduction.

Engel lists three cards in this set, the two I have plus one of Futoshi Nakanishi.  They are really rare (R4, less than 10 copies of each known) so there might be more out there waiting to be discovered.

In the meantime I just have to track down a copy of the Nakanishi to complete my set of the known ones :)
Posted by Sean at 7:19 PM