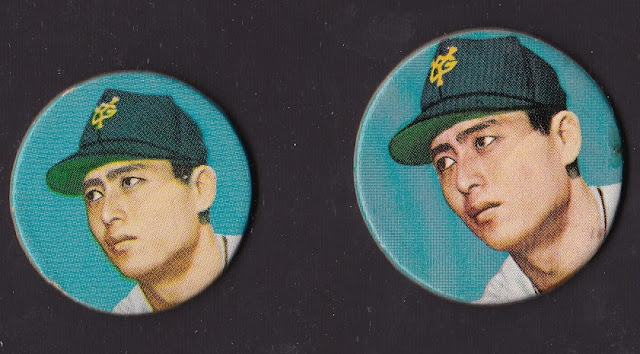 Going through my Engel guide I can only find four cards of Sadaharu Oh that are ranked as "R5" on the rarity scale, meaning less than 5 copies of each are known to exist.

The other two are from the 1965 Giants Furikake Menko sets (JRM 39a and 39b), which are basically identical except one is slightly larger than the other.

I now have both of those 1965 Giants Furikake cards, pictured above! 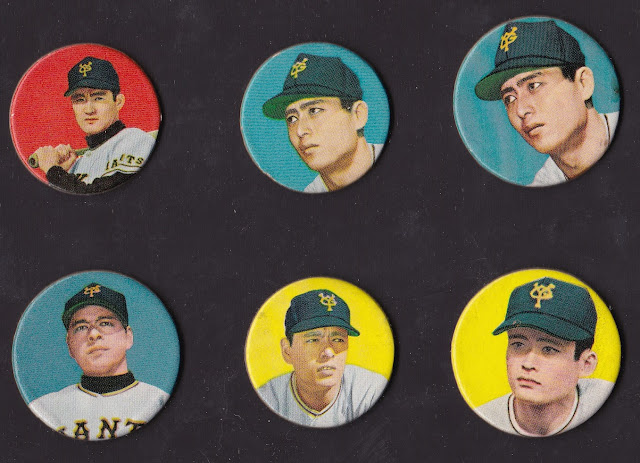 As you can see I also scored Shigeo Nagashima, two cards of Kunio Jonouchi and Akira Takahashi.

Both the "big" and "small" ones are on the small size, about the size of a quarter for the small ones and a bit bigger for the larger ones.  The  backs of the cards are baseballs with the players number in the middle, name underneath and "Giants Furikake" written across the top. 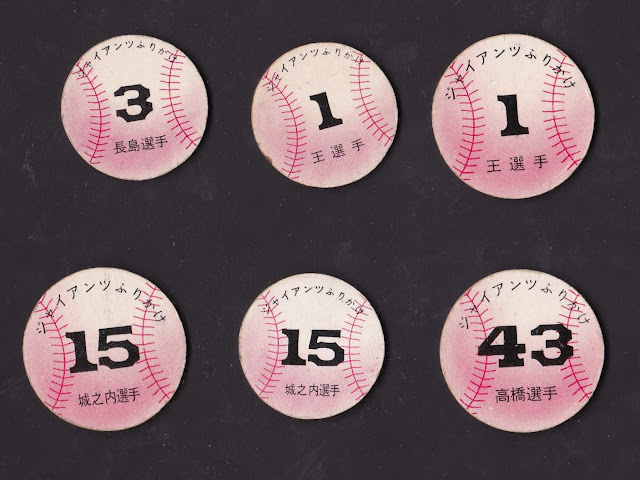 Furikake is a kind of seasoning that you sprinkle on rice to give it some flavor.  I have some in my house, my kids both demand it whenever they eat rice. It seems this was some sort of promotional giveaway with furikake back in the 1960s.  I did a Google search and discovered that there is today a product called "Giants Furikake" which you can buy on Amazon: 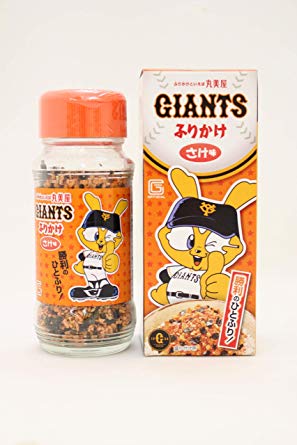 I'm not sure if this is the descendant of the original Giants Furikake from the 60s that these menko came with, though it certainly seems to be a possibility!  The cards are about the right size and shape to have fit into the bottle cap, so I wonder if that might be how they were originally distributed (possibly one set in smaller bottles, the other in bigger ones?)

Anyway, I'm really psyched that I can now say that my collection has not one but two of the rarest vintage Sadaharu Oh cards ever made in it.  Also I'm glad that Japanese collectors don't seem to value this sort of thing at all since I paid almost nothing for them (well, relative to what they are anyway, they cost about what a PSA 10 1976 Topps common or something like that would cost in the US, which also puts the insanity of the US card market into focus).
Posted by Sean at 5:39 PM