The "Other Guy" Finally Gets his Due 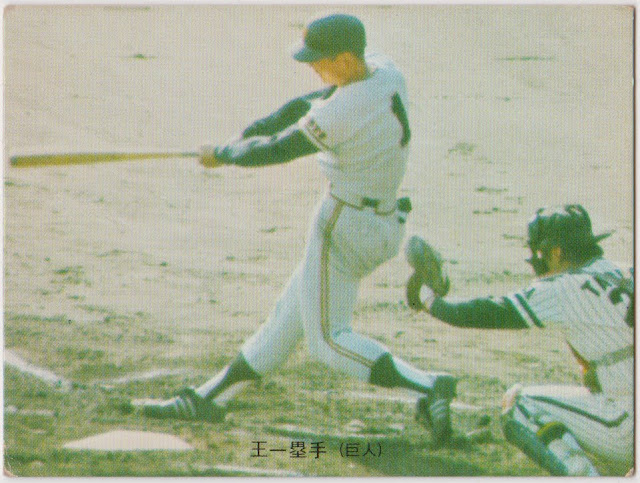 Tabuchi was one of Japan's biggest stars in the 1970s and for a few years I had just assumed he was already in the Hall of Fame until I looked it up and was surprised to find that he wasn't.  So I'm happy that he is in.  He clobbered 474 career home runs, which (I think) would have put him in the top 5 all time at the time he retired in 1984.  His home run rate (ratio of home runs to at bats) is second all time to Sadaharu Oh.

Since his career peaked in the  mid to late 70s (his best season was 1975 when he led the Central League in home runs, the first time in a over decade that Oh didn't win the title) he appears on a lot of Calbee cards from the classic sets of the 70s, including one of my favorites of all time.

What is really interesting about him from a 1970s Calbee collector perspective though is that he appears on a massive number of cards in which he is not the featured player.  The sets from the 1970s were heavily weighted with players from the Central League in which Tabuchi played, and specifically with the Giants, the most popular team by far.  Tabuchi didn't play for the Giants but rather for their main rivals the Hanshin Tigers.  The Calbee photographers seem to have taken a lot of their photos of Giants players in games they were playing against the Tigers and as the Tigers catcher this meant that Tabuchi features prominently on a huge number of cards of Giants batters in photos taken during their at bats. 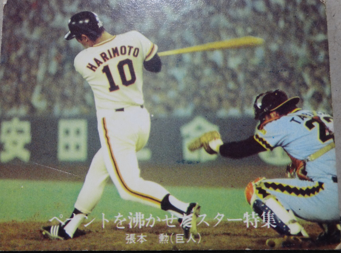 So if you collect cards of Sadaharu Oh from the 70s, chances are that a lot of your cards have Koichi Tabuchi on them too, like these ones I've put in this post. There are a ton more out there, not just Oh cards but with other Giants cards and the odd one here or there of players from other Central League teams.  Its super noticeable when you are flipping through a stack of cards from the monster 75-76-77 set that Tabuchi probably features on more cards than any other player in the set (except maybe Oh) but with the caveat that on most of them he is just the "other guy" on the card and not its main focus. When I'm finally finished collecting that set, I'm going to go through it and count how many cards there are of Tabuchi in the background, I'm positive that he holds the world record for most appearances in a card set of someone appearing as an "other guy" in the background. 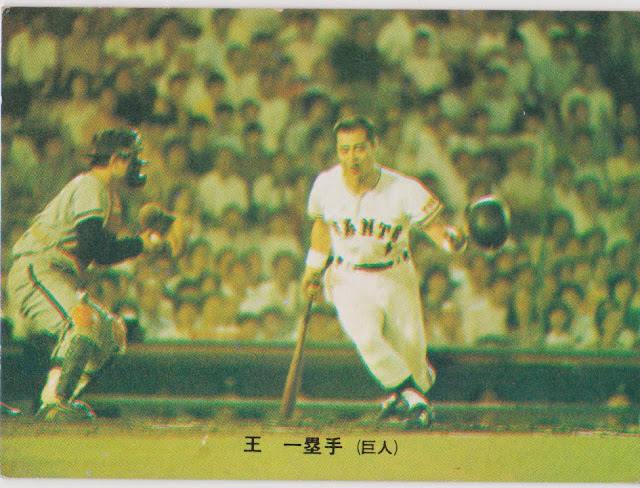 Anyway, I'm glad this other guy finally got into the Hall!