Can Gum Wrappers be Baseball Cards? 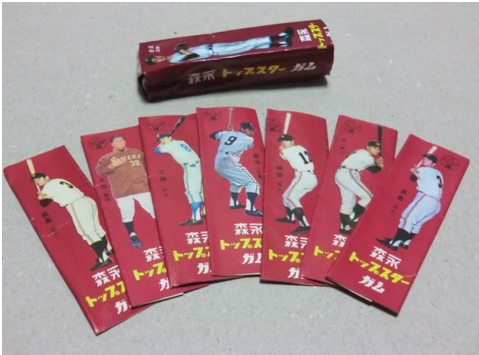 Here is a really interesting addendum to my post last month about the 1964 Morinaga set. In addition to producing baseball cards, Morinaga also produced "Top Star Gum" featuring packs that had baseball players on them!

I've never heard of or seen these before, they must be incredibly rare.  They are up on Yahoo Auction right now.  I put a bid on them early on but was quickly outbid and they are up to about 4500 Yen as I write this with four more days to go.  I kind of had a long think about whether I wanted to go higher than that.  On the one hand, these look really cool and there probably aren't many copies of them out there, meaning this could be the only time in my life that I get the chance to add them to my collection.  And there are some big name players like Sadahaur Oh and Shigeo Nagashima in there.

On the other hand, did I really want to spend serious money on old gum wrappers? 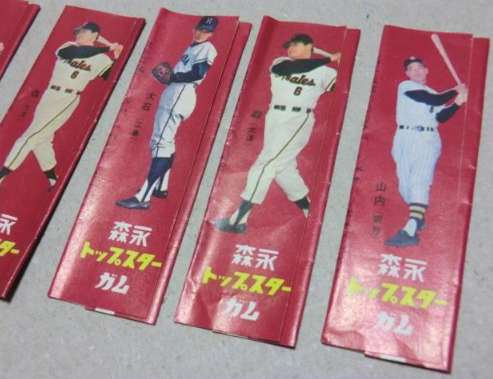 This kind of brings up a definitional question of where we draw the line as to what is and isn't a baseball card, which Japan is always doing with its kites and cards shaped like airplanes and all these other wild things it used to put out!

These gum wrappers are definitely cool.  I suspect they were released at around the same time their card sets were in 1964 since they use the same name (Top Star) with the same font and everything, and the players are correct for that time period.

But gum wrappers are garbage, everyone knows that, right?  They aren't baseball cards, right?  And therefore I don't have to collect them, right? 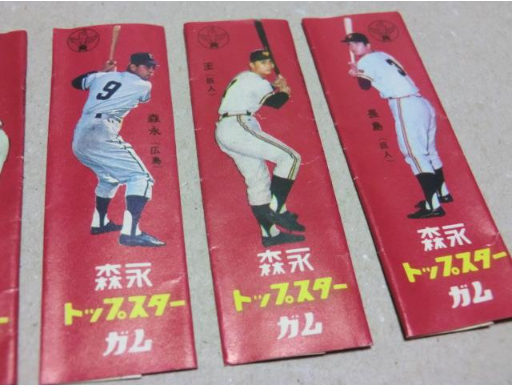 I don't know.  I think I am going to reluctantly pass on putting any more bids in on them unless someone in the comments provides me with a convincing argument for why I should pay a lot of money for gum wrappers!