Old Calbee Albums from the 70s and 80s 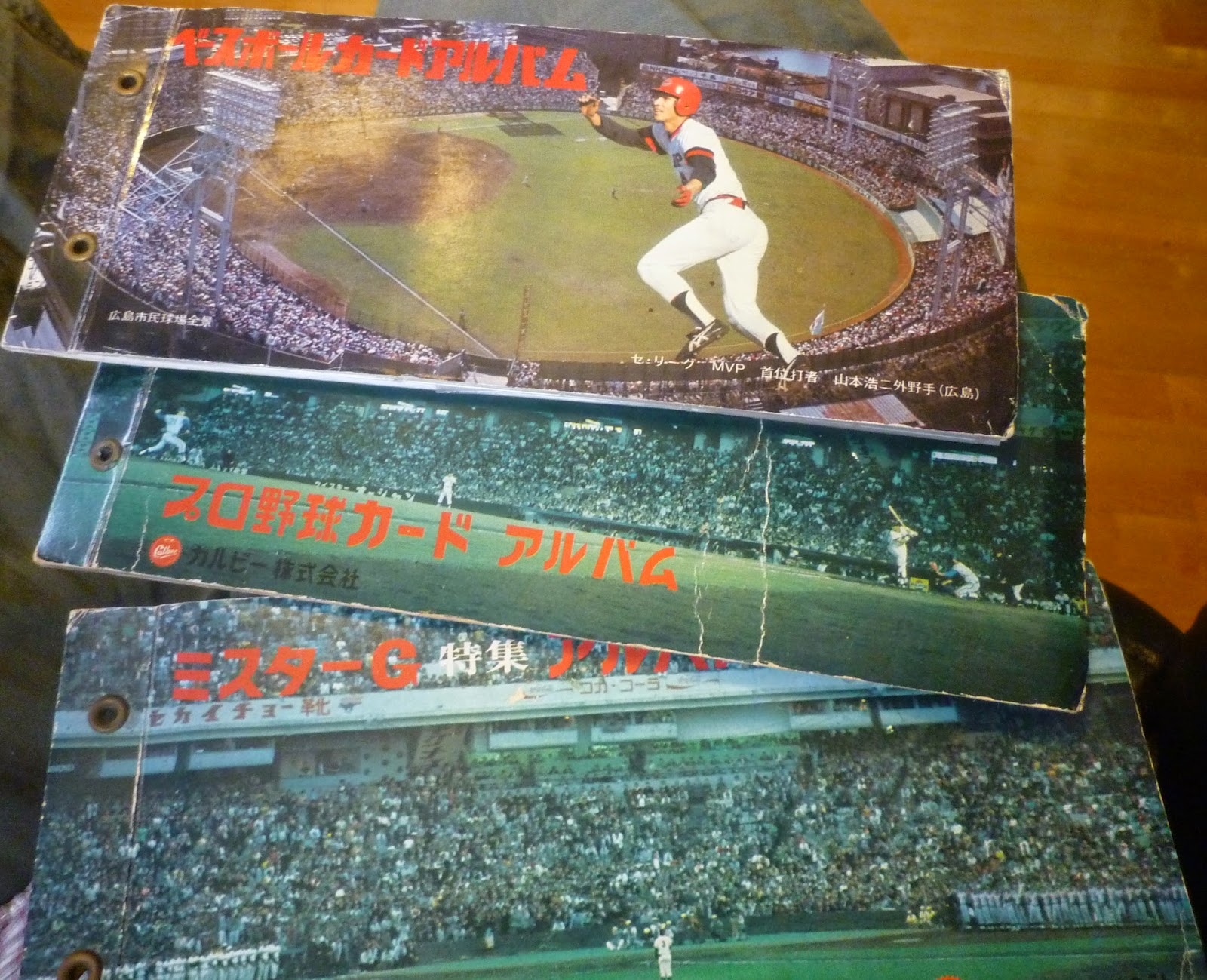 I have had those albums for a couple of years, I bought them at Mandarake in Fukuoka a while ago.  I am not sure but am guessing that these albums were availabe as mail-in giveaways back then like they are now.  The 1970s albums were a lot better though, I love the photography they use on the covers, rather than the sterile, generic look current ones have. 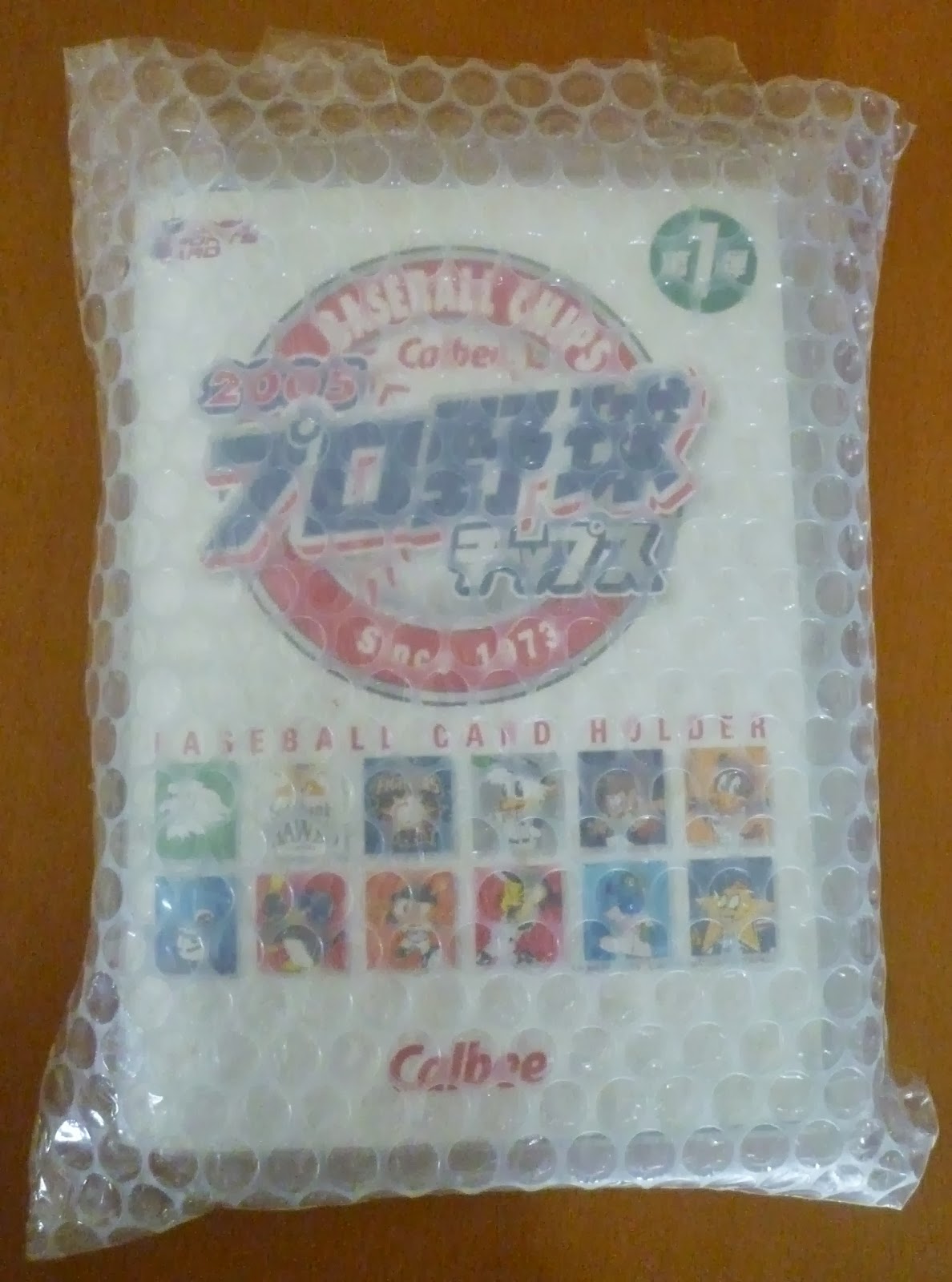 This is the photo on the inside flap of one from 1975: 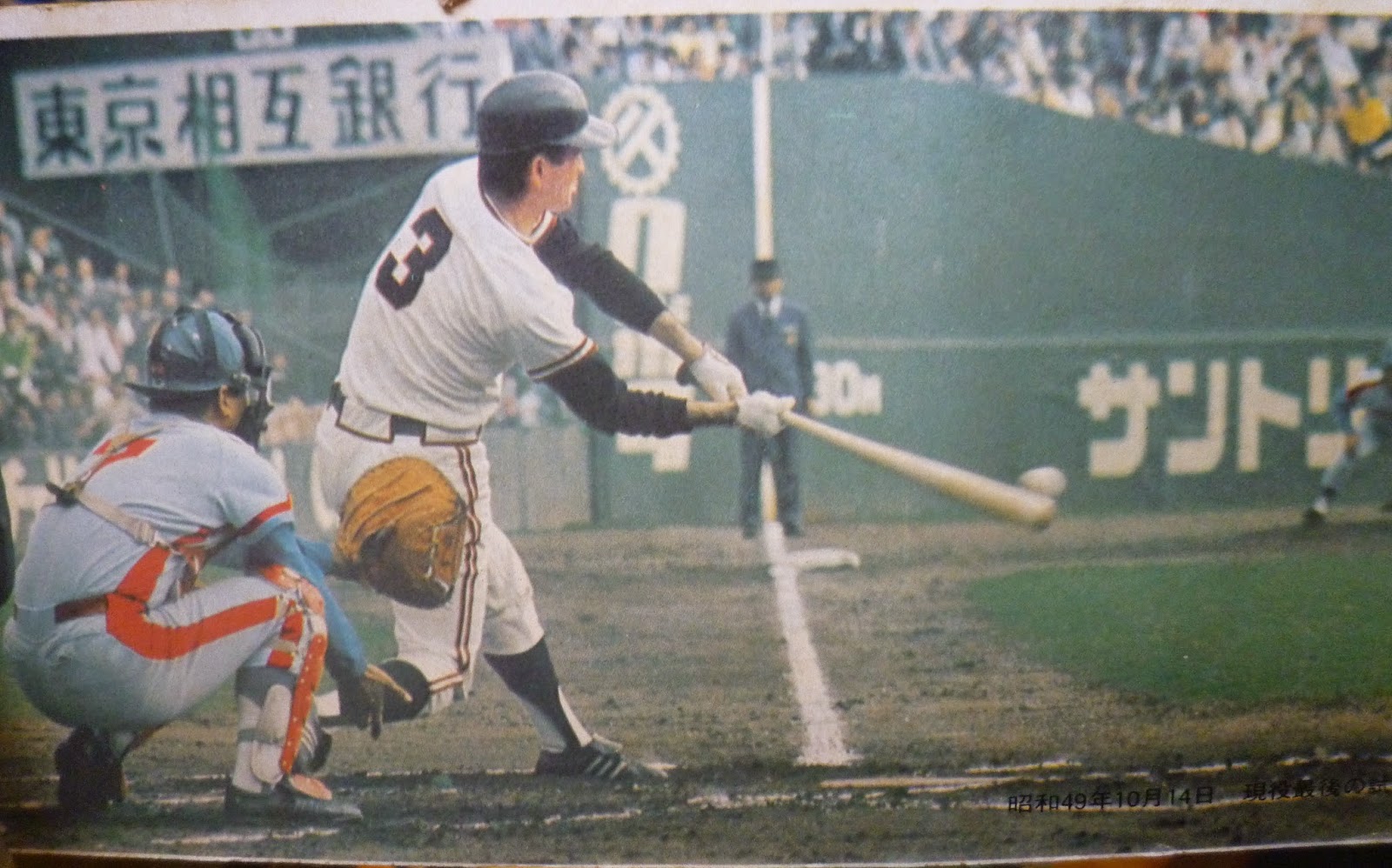 Not a Nagashima fan, but that is a sweet photo.

I like the full bleed photos on Calbee cards, and the sets from the 70s has some of the best photography out there.  For some reason, and I`d be curious to know what the story is, part of the 75-76 set has a rather thick pink border, like these babies that were among my recent acquisitions:

The similiarity with the look of the 1975 Topps set is hard to miss, they even have the baseball in the lower right corner of the photo. I suspect somebody at Calbee must have decided to copy them as a template.   Anyway, these pink bordered ones include my only Japanese Davey Johnson card: 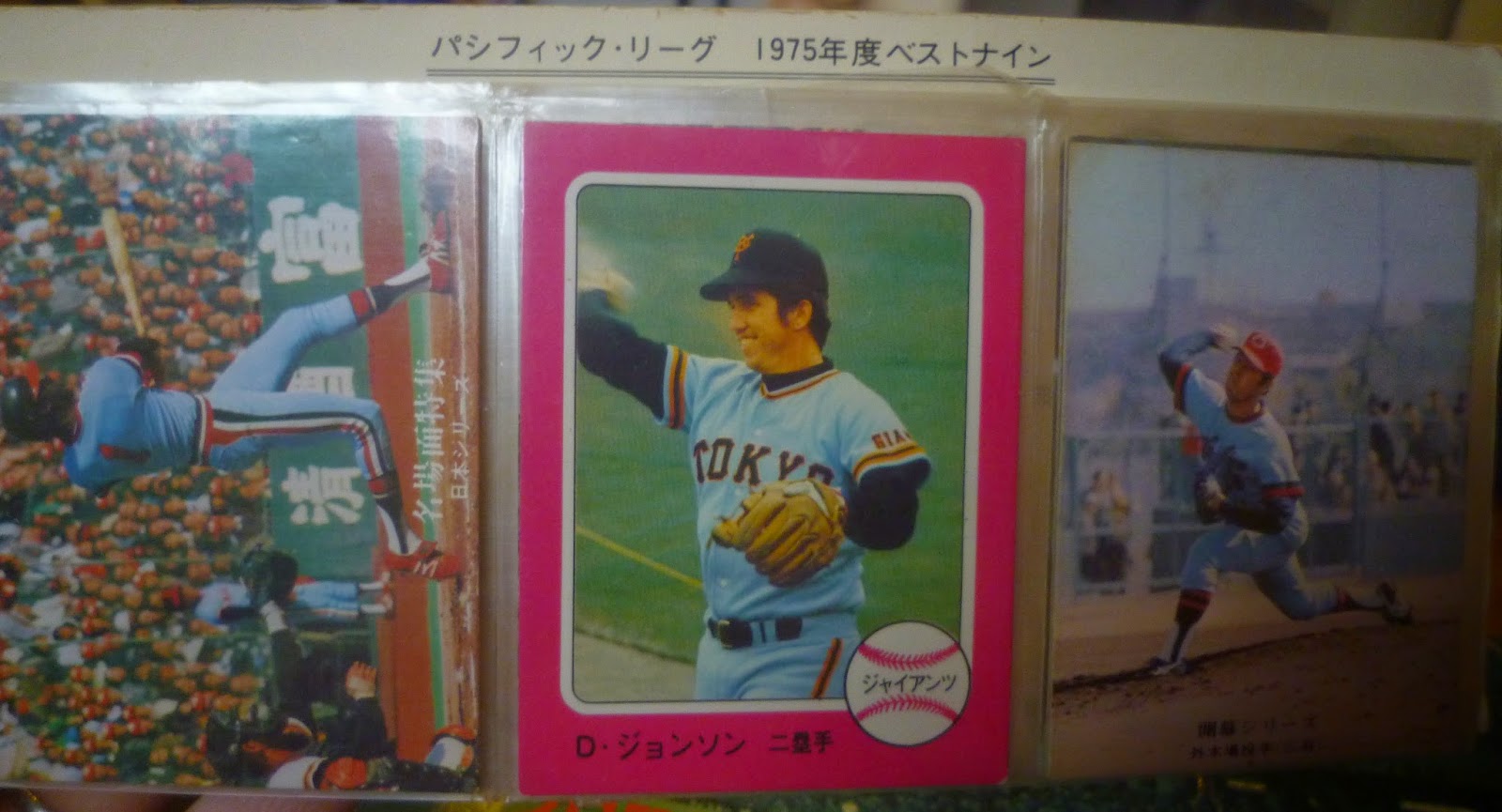 In the 1980s the albums took a turn for the worse. They made them a bit smaller (along with the cards themselves) and started using some generic baseball illustration on the front rather than actualy photos. 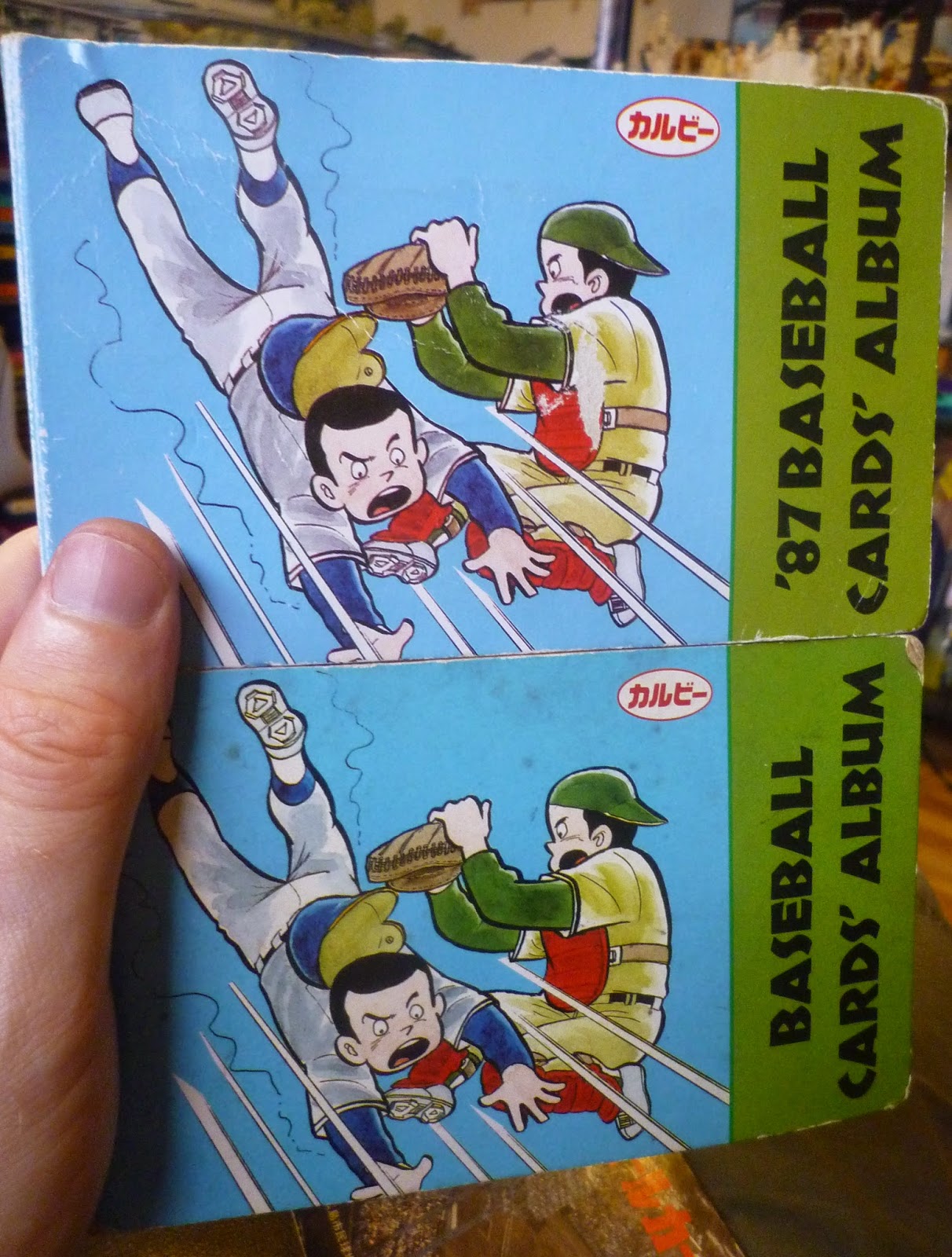 Worse still, they started using the same album design year after year rather than issuing unique ones.  Note that the two albums in the above photos are actually from different years.  The top one is from the 1987 Calbee (note the `87 on the front), but the bottom one is from 1988 Calbee.  The inside flaps are also almost identical, just a list of Japan series victors.  The only reason I know the bottom one is from the 1988 Calbee set is that it lists the victors up to the 1987 Series. 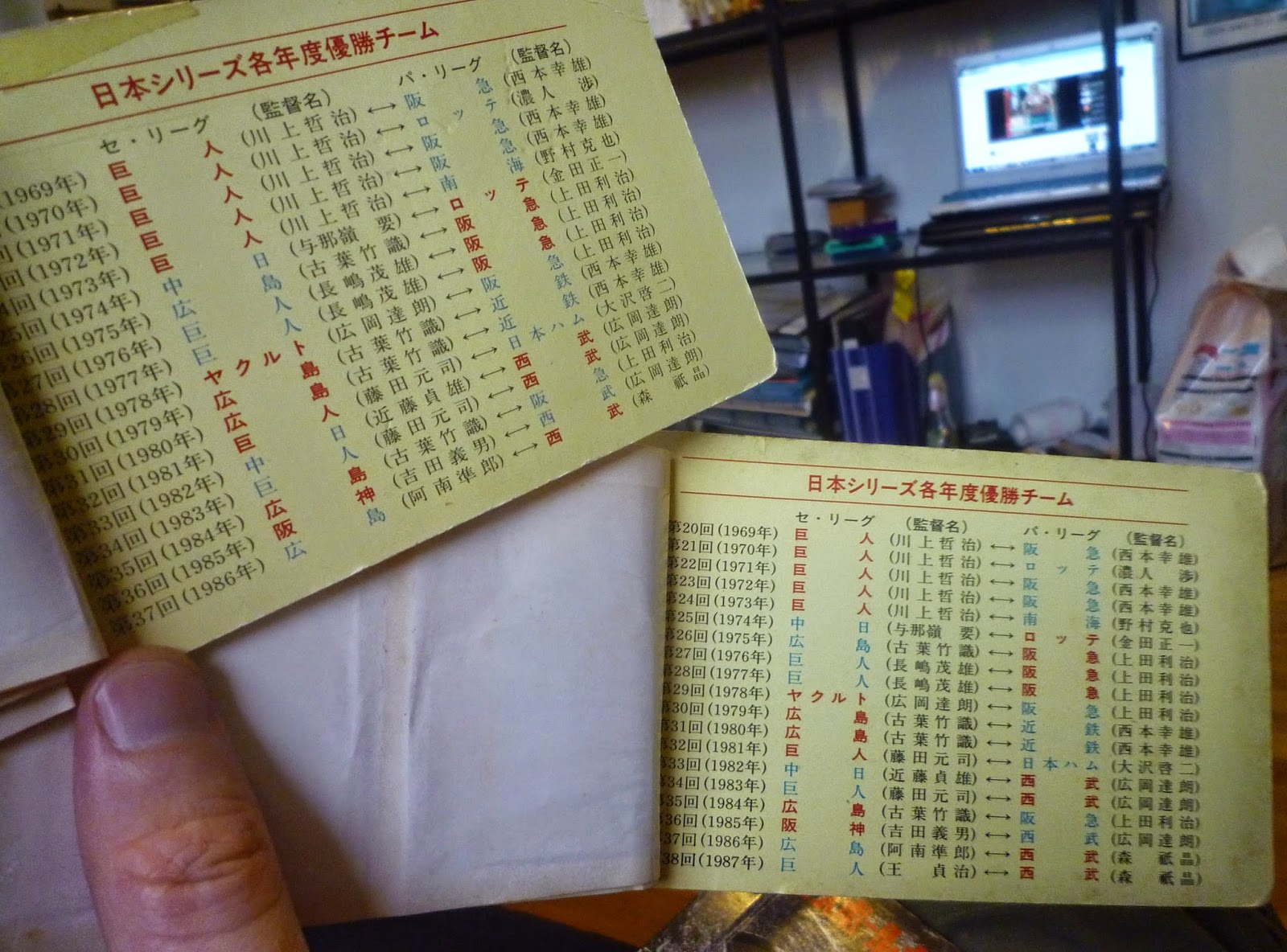