Calbee Series 3 - Rarer than Other Series? 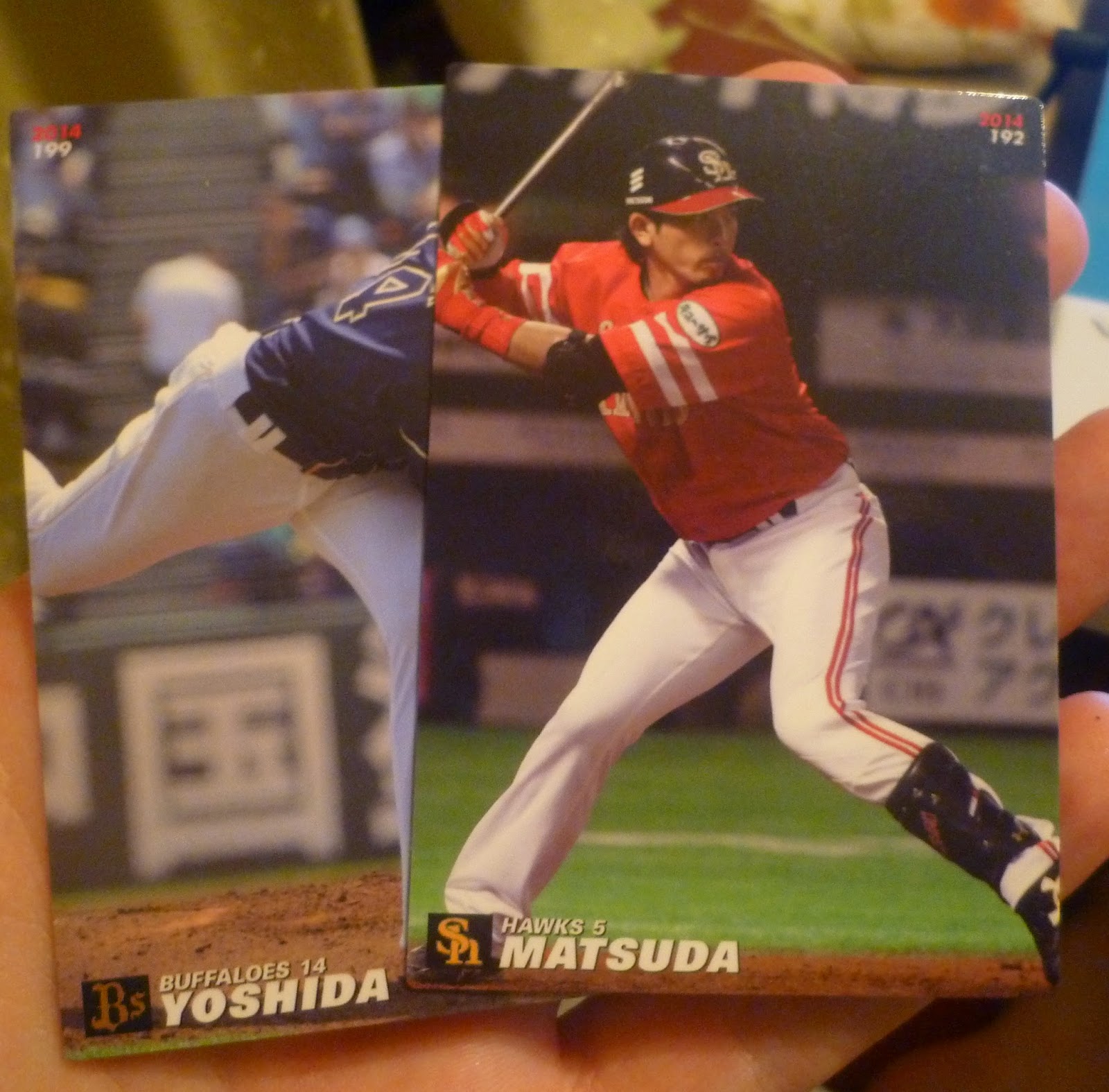 OK, so it is now mid-October.  The regular season is over and the first two rounds of championship series are also almost over (so glad that the Tigers beat the Giants in the CL series BTW).  And you know what has finally happened?  I have finally gotten my first bag of Calbee Series 3.

It seems almost every year this happens.  When Series 1 comes out in the spring, bags are available at almost every convenience store and grocery store I go to.  And, being so happy to see them after so many months and overflowing with excitement for the months of baseball ahead, I always jump in and buy them almost everyday.  My salt intake in the early months of the baseball season rises accordingly.

Then when series 2 comes out the occasion is marked by....most of those same stores continuing to sell bags of series 1.  It seems most of them prefer to burn through their inventory of the first series before moving on to the next.  Many of them don`t even bother, it seems that by the time they do sell off all their series 1 bags they decide to just move on and use the shelf space for some completely different snack.  So the number of stores selling Series 2 is always a bit less than the number that had been selling Series 1.

By the time Series 3 is released, the number of shops stocking them has shrunk to almost nothing.  Being released late in the season undoubtedly hurts it, as does the fact that those stores which bothered to stock series 2 still have bags of those to unload.

This year I have not seen a single bag of Calbee series 3 in any convenience store (and I go to a lot of convenience stores).  This is not unusual, the same thing happened last year.  The only places that seems to stock Calbee Series 3 are large scale retailers like AEON (which is where I finally bought my first bag).

This makes me wonder if Calbee Series 3 cards are rarer than cards from earlier series.  I have noticed when buying older Calbee series from the 2000s in large lots that the breakdown of cards on average is about 50% Series 1s, 40% Series 2s and 10% Series 3s - the drop-off once you get into the higher numbers is noticeable and for most of the sets that I am working on between 2002 and 2012, the biggest number of holes in my sets are in Series 3.

There is of course a historical comparison to be made with American Topps sets from the pre-1974 era when they issued them in series.  With only a couple of exceptions, for pretty much every Topps set from 1952 to 1973 the last series are considerably harder to find than the lower number series because fewer people were interested in buying cards towards the end of the season.  When Topps and other companies re-started issuing sets in series in the 1990s by then the hobby had gotten so sensitive to real or perceived scarcities they couldn`t issue one series in lower numbers than another without affecting the price, so they didn`t.

Its interesting that Calbee seems to be doing the same thing that Topps did way back in the old days....yet another little oddball thing that I like about Calbee.  Well, actually I kind of prefer it when the bags are available in convenience stores....