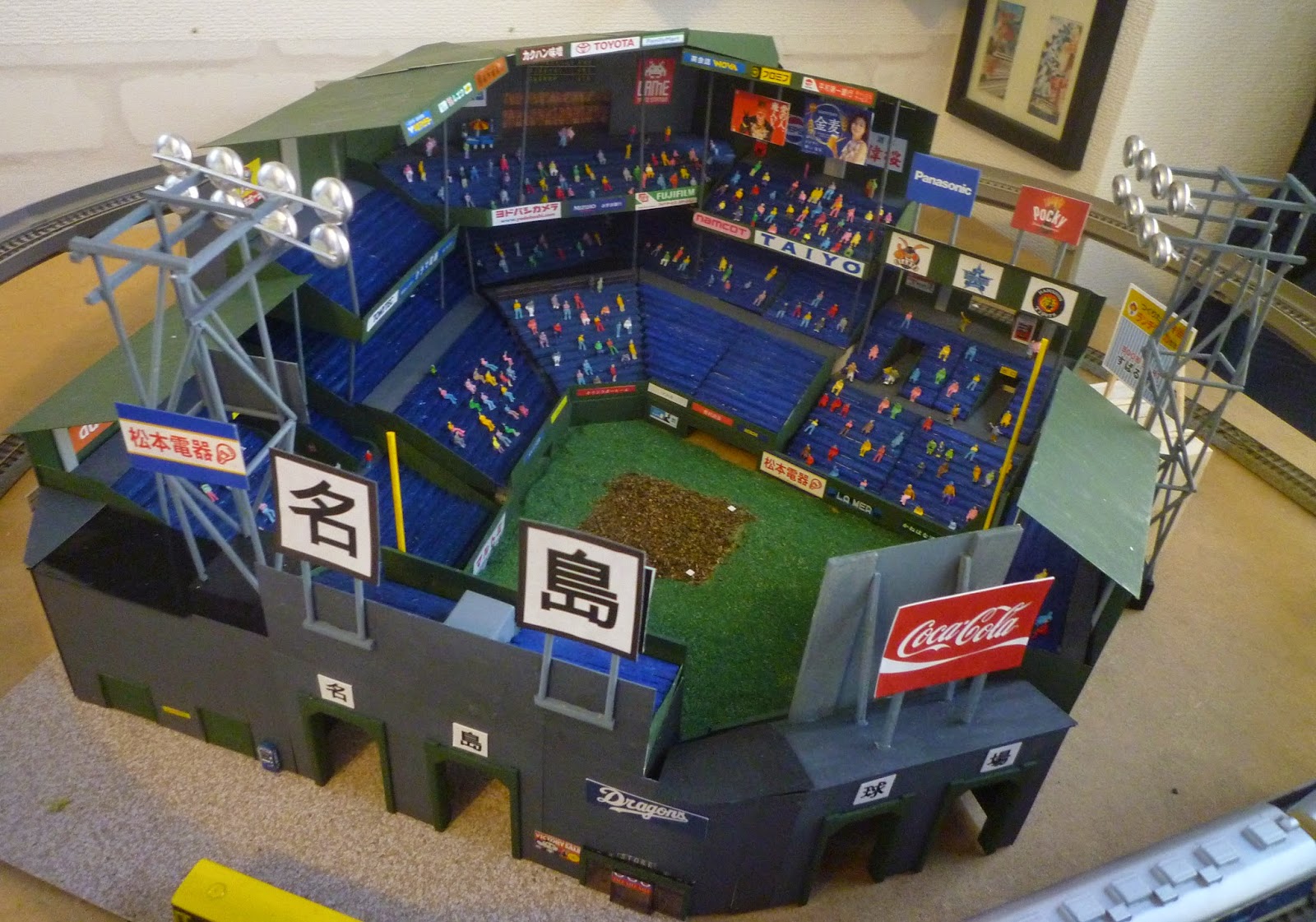 It has been a relatively slow couple of months on this blog.  In part this is because my beloved Dragons fell completely out of contention in August, a fact that somewhat diminished my entusiasm for baseball card collecting.

Mainly though it was because one of my other hobbies, my model railway, had been taking up most of my time.

As I mentioned in my last post, I have been building a Japanese baseball stadium made of baseball cards (and other odds and ends) for my train layout. Last week I finally finished getting the basic structure together. So I hereby introduce Najima Kyujo.

As you can see, it has a couple of train lines running around it: 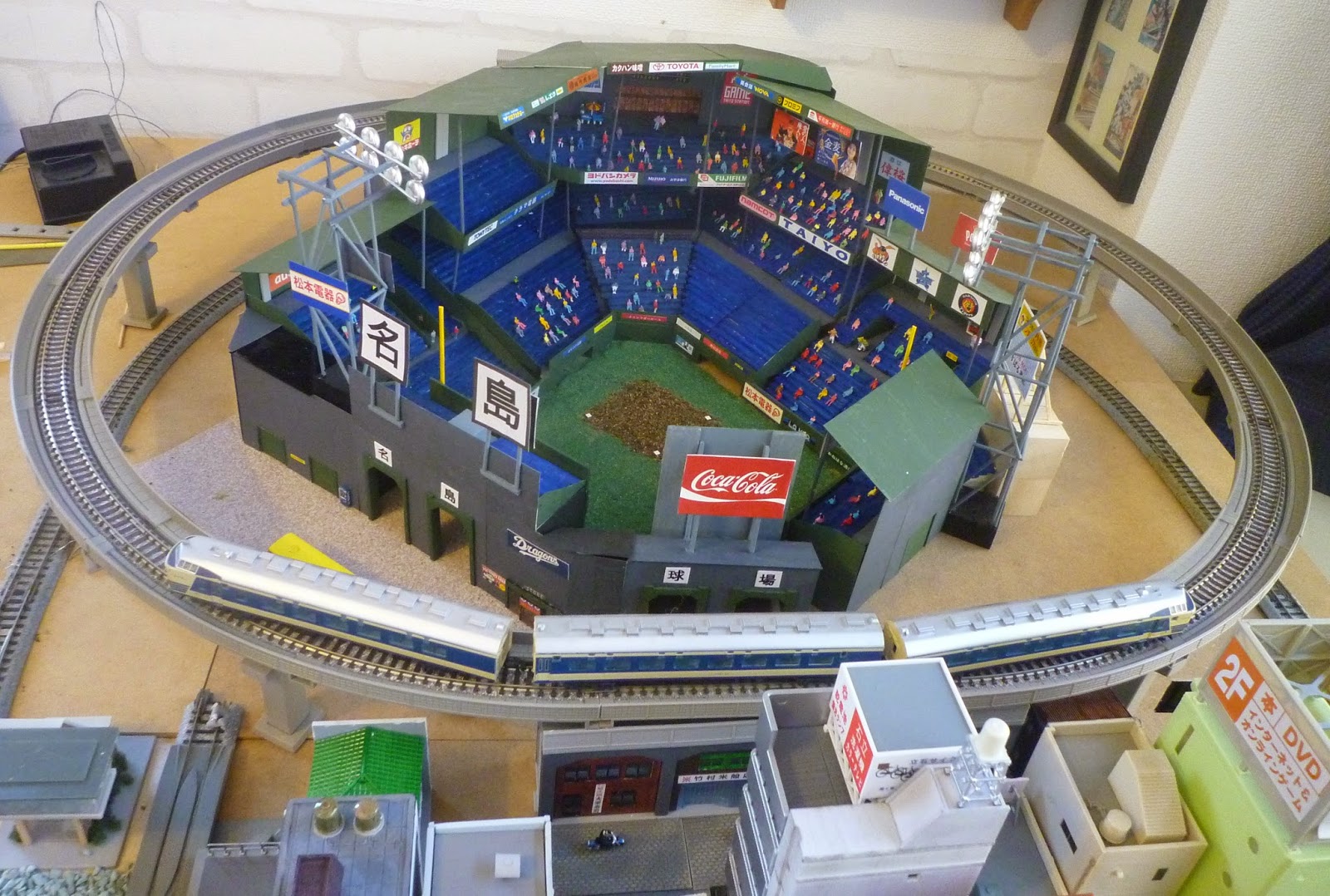 I vaguely had Koshien in mind when I started putting it together but it ended up looking nothing like that hallowed ground.  I named it after a town I used to live in which had a municipal baseball field called Najima.

There are about 50 baseball cards in there, most of the walls and the rooves are made of painted cards, mostly Score and Topps commons from the mid-90s that I had a pile of lying around. 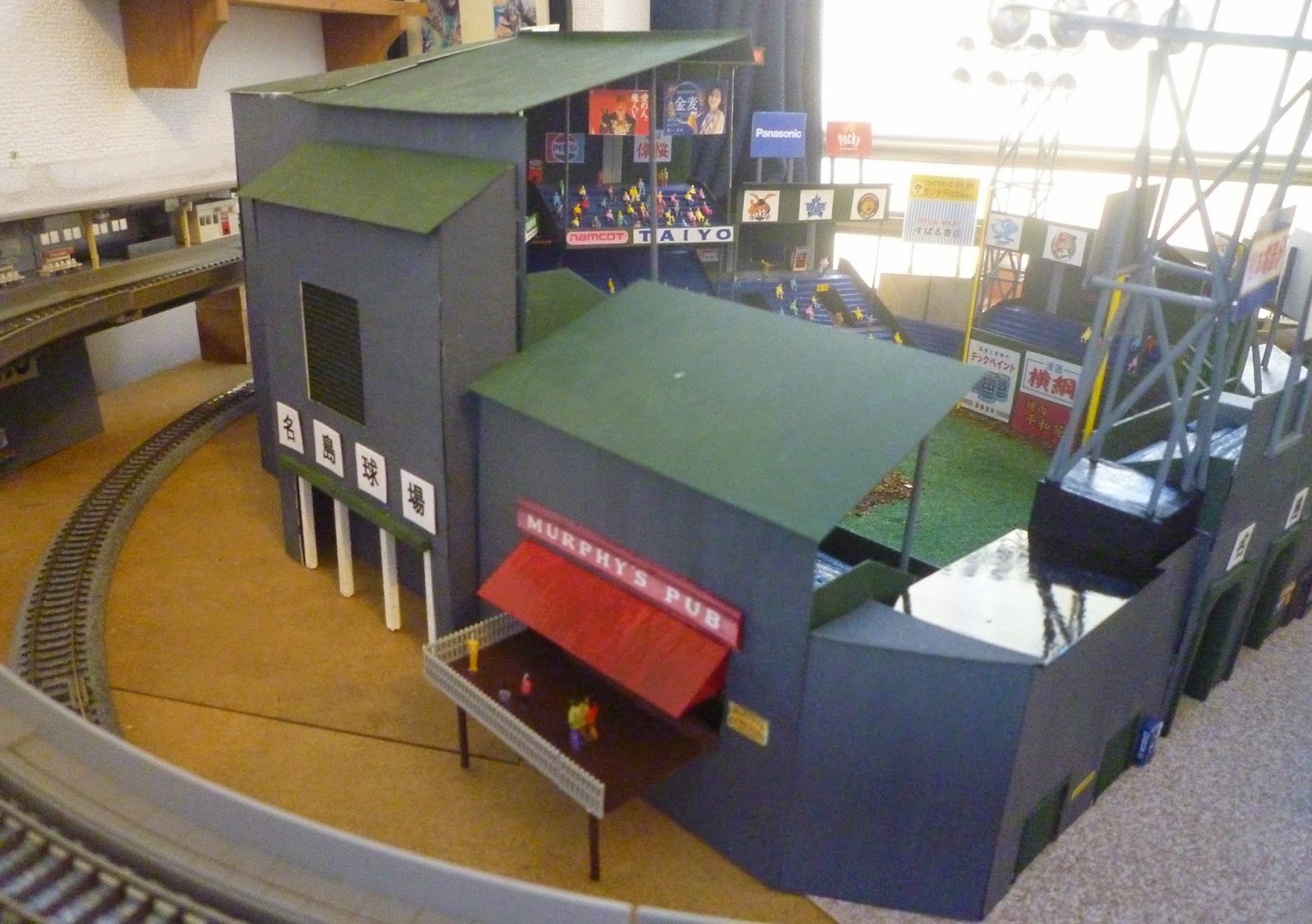 The exterior isn`t quite finished and there are a few details like the landscaping outside that need finishing but I`m pretty happy with how it turned out.  I also have to add more people to the stands (they are the only thing in the stadium that actually cost serious money)!  The scoreboard is a done deal though (it also features the only Japanese baseball card, the player photo is the back portrait photo from a 2013 Calbee card that I sacrificed for the project): 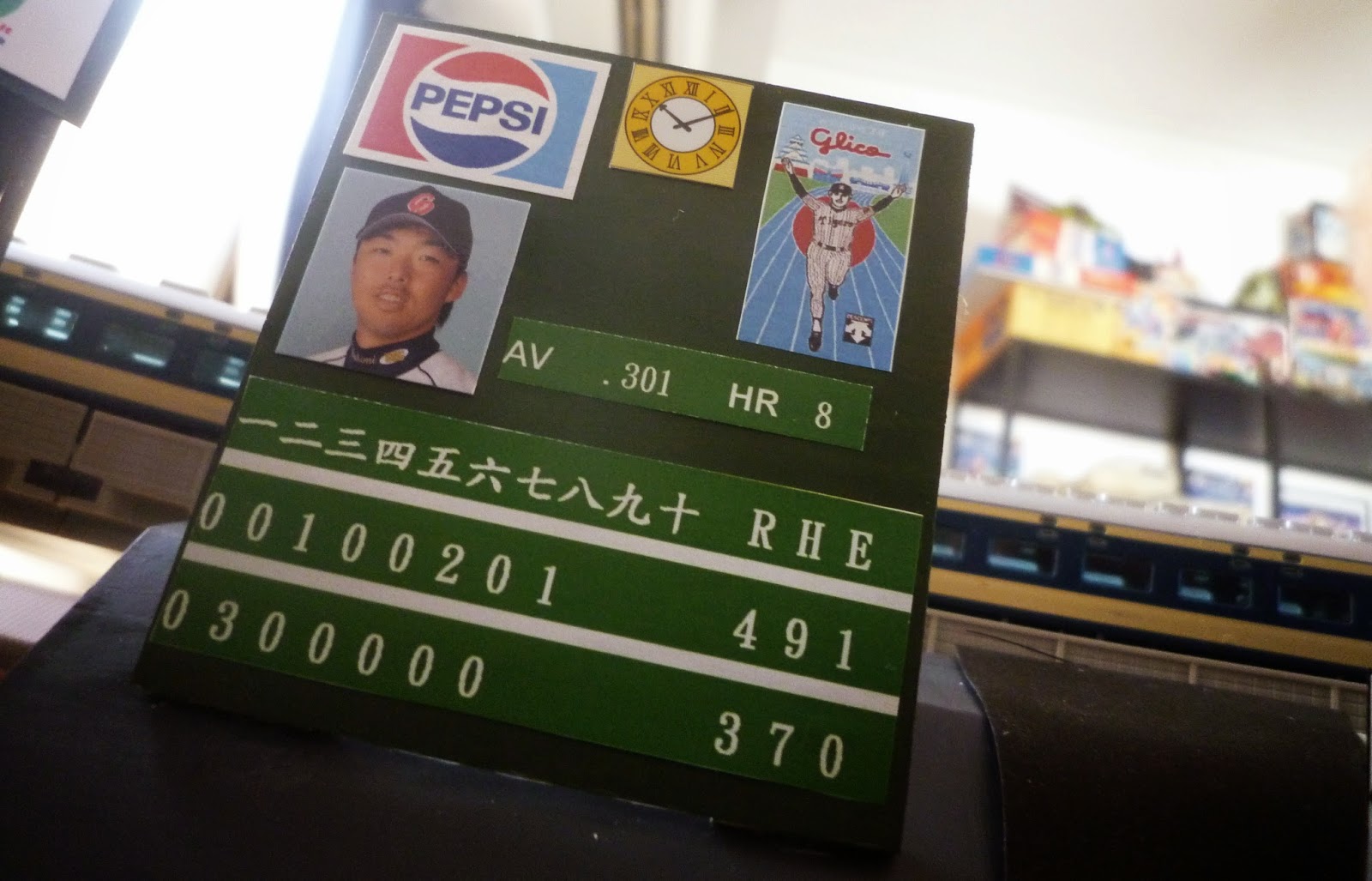 In the meantime I have actually picked up a few cards for non-building a model railroad stadium purposes, I will have to do a post or two about them sometime!
Posted by Sean at 6:07 AM