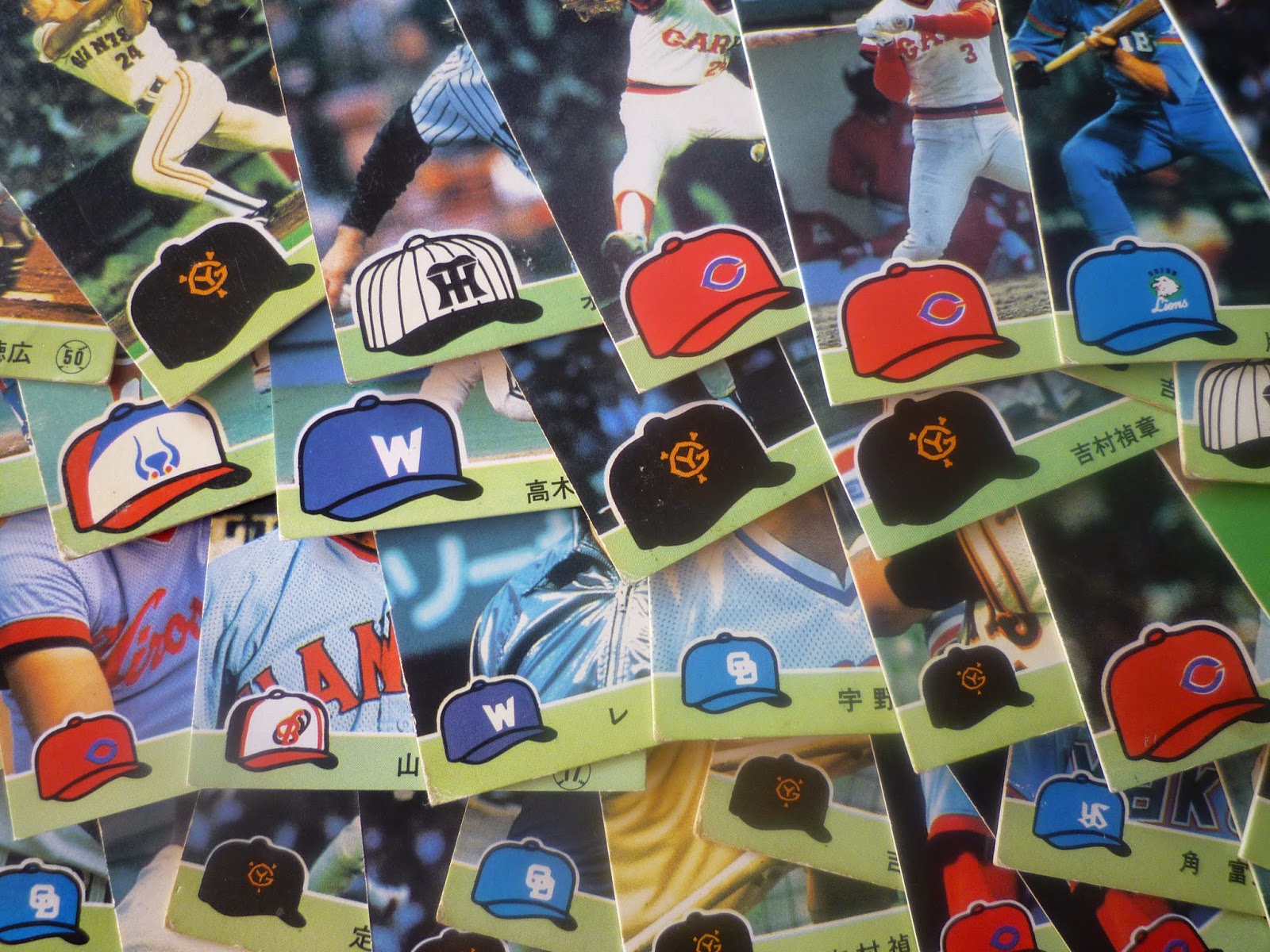 As I mentioned in my previous post, 1984 Calbee has recently officially entered my list of vintage sets that I am trying to complete.

This was spurred by a Yahoo Auction purchase I made last week of a lot of 59 cards from the set.  I added these to the 60 cards I already had (in a piece of incredible luck the new cards were almost all ones I needed), meaning that I now have over 100 different cards. 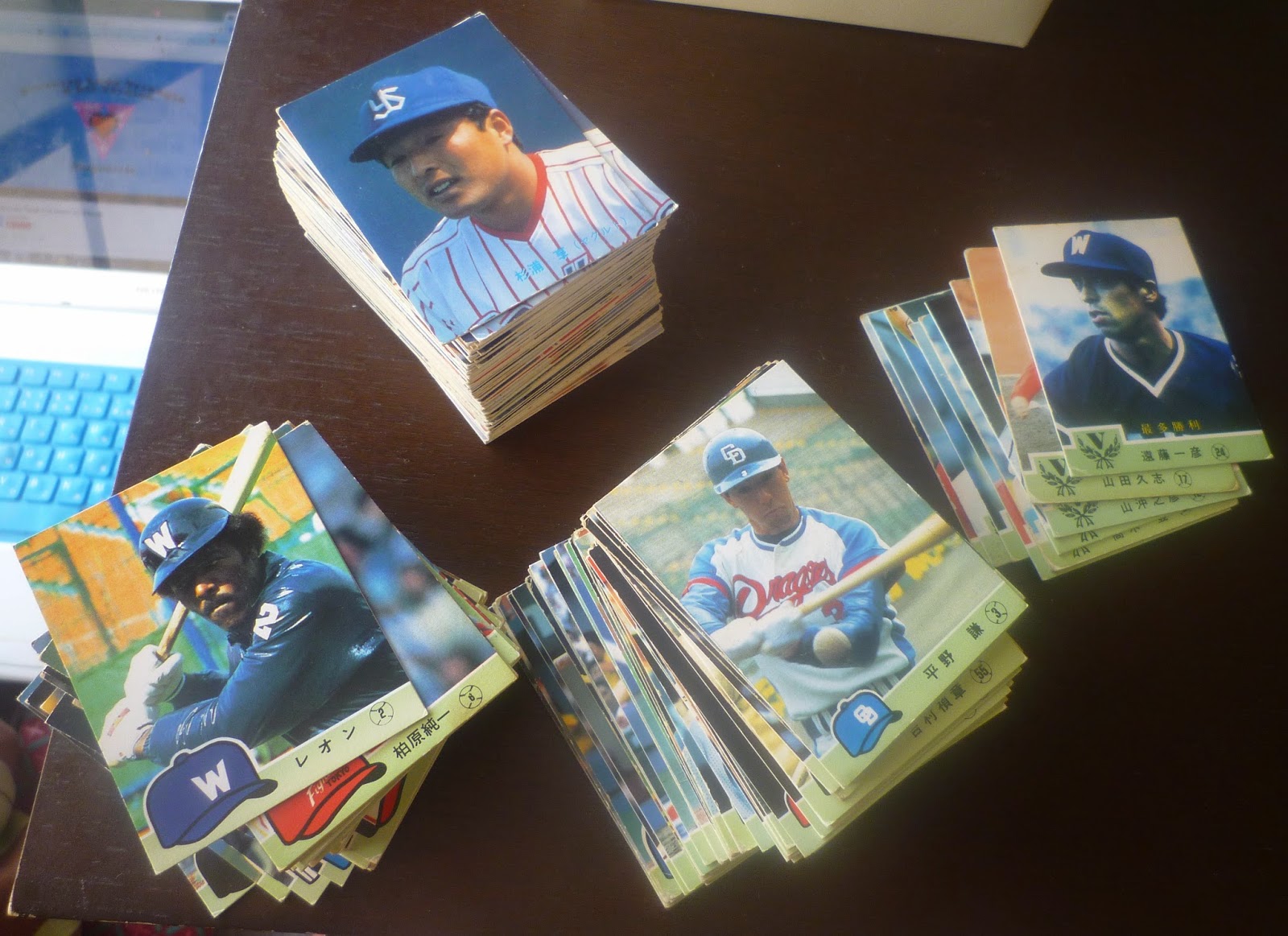 This is the third vintage Calbee set that I am actively trying to complete, with the 1987 Calbee (about 3/4 complete now) and the 1990 Calbee low numbers (about 1/2 complete) being the others.

The big difference between the 1984 set and the 1987 and 1990 ones is the difficulty of putting them together.  The latter are among the more do-able of the pre-1998 rare Calbee sets to complete, while the 1984 set is among the hardest.  The sheer size of the set - 715 cards - is daunting (the 1987 set has about half that and the 1990 low number series only 55).  Among these are a number of series which were only released regionally in limited quantities (detailed here) which account for about one quarter of the total and are incredibly expensive.  I don`t have any of those and might content myself with tracking down the easier to find ones first and, if I become independently wealthy in the future, might work on the rare block ones then.

There are some pretty cool cards in the set, which has a distinctive look to it.  I love this Reggie Smith with his hair overflowing from under that batting helmet. 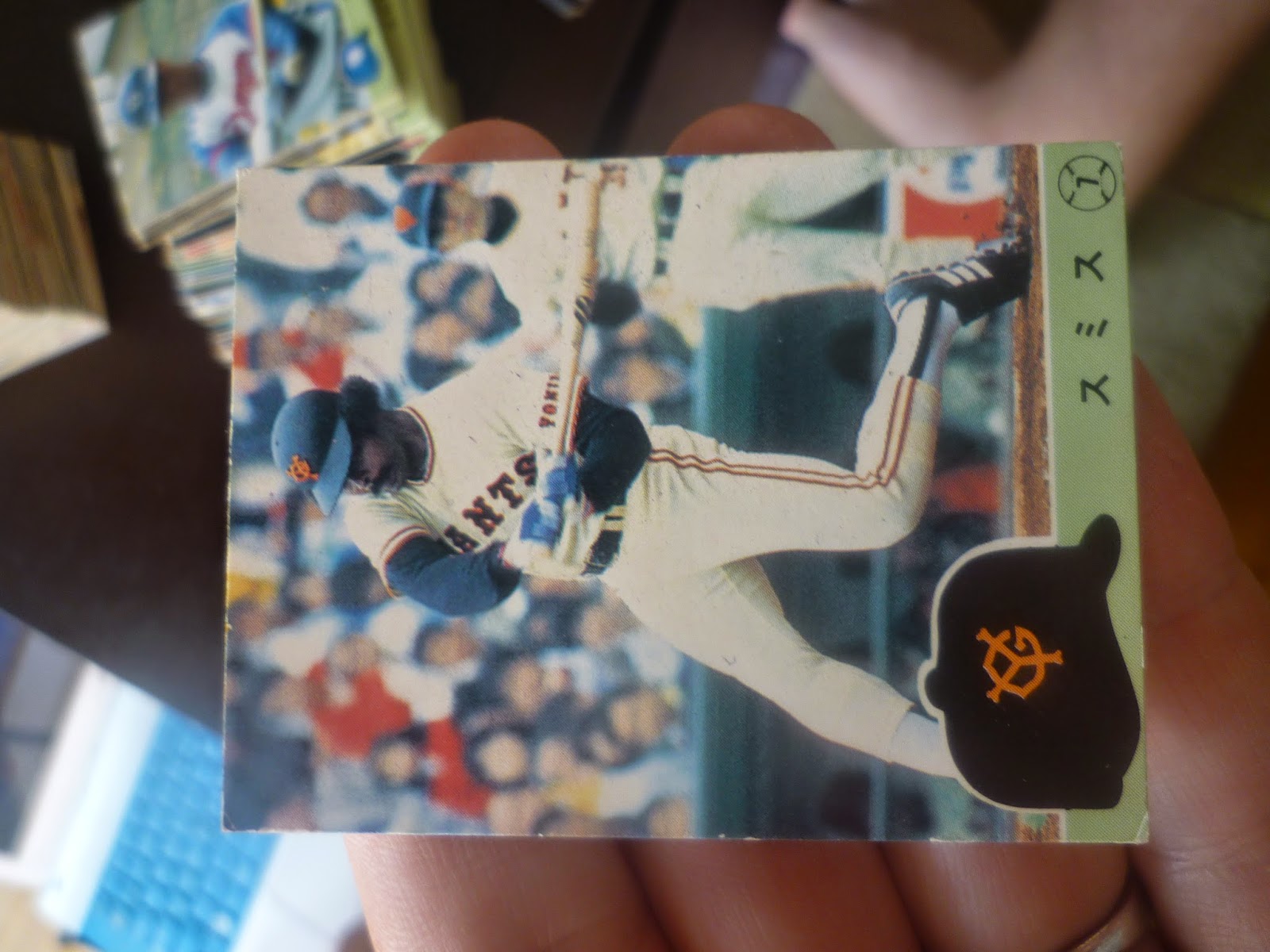 The final cards in the set are season highlights.  This one commemorates Koji Yamamoto`s 2,000th career hit. 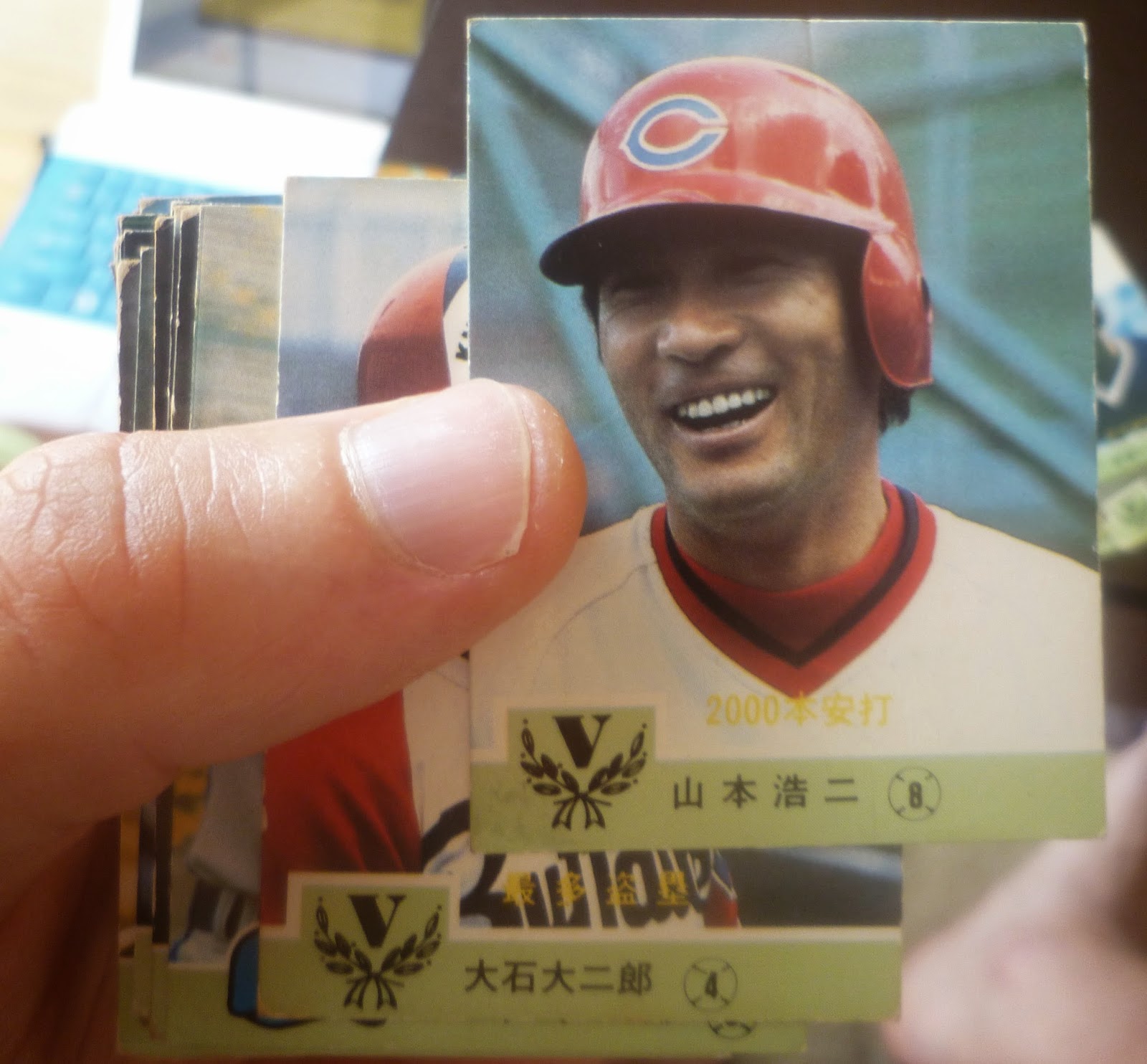 I`ll be curious to see how far I get with this.  Where as the 1987 and 1990 sets I think I have realistic shots at completing within the next couple of years, the 1984 one might be more of a pipe dream.  Still though, I like this set quite a bit and hope I at least make the halfway mark or so.
Posted by Sean at 2:29 AM