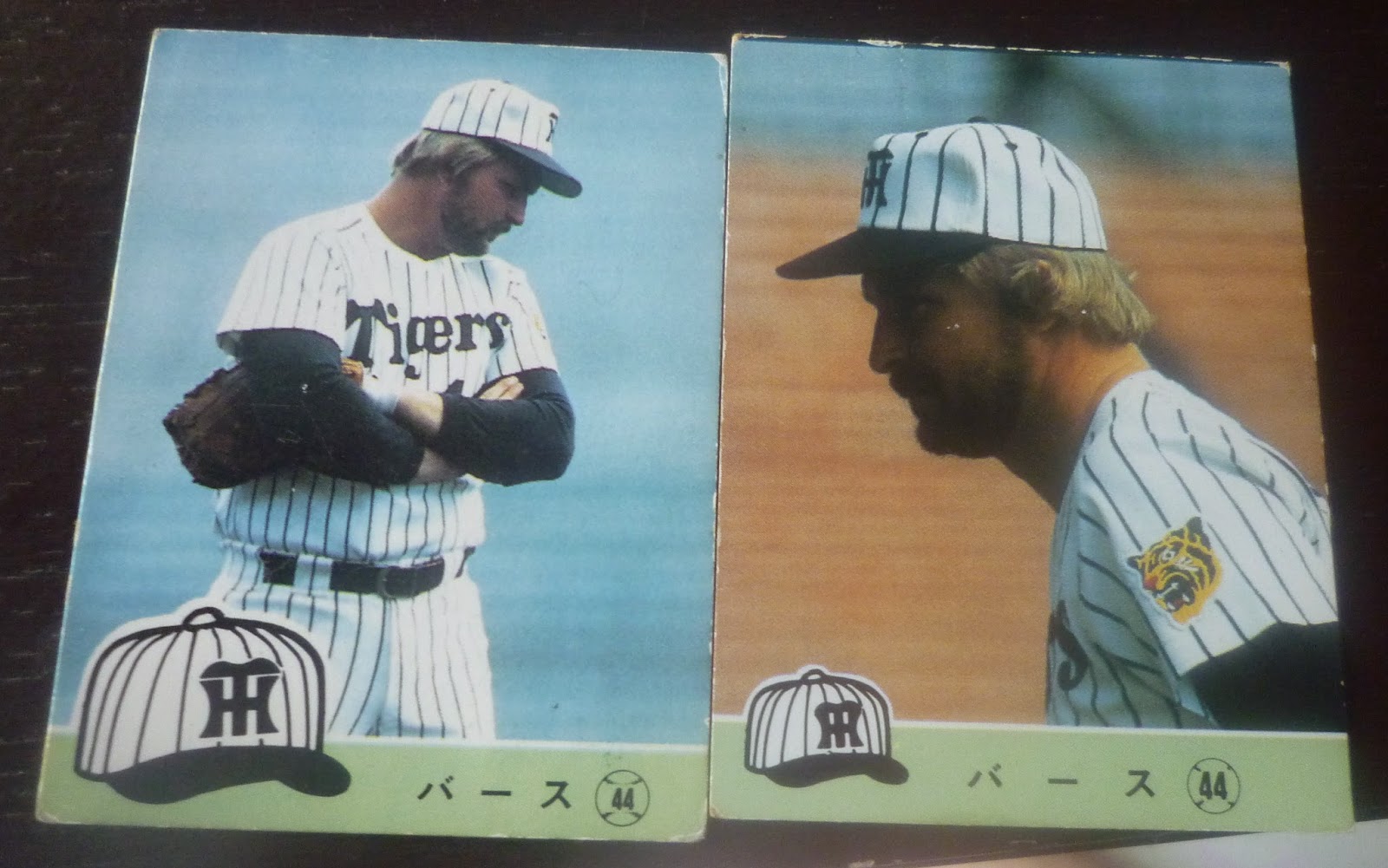 With Hanshin having trounced the Giants 4 straight (yes!) and about to play in their first Japan Series in over a decade (interestingly also played against the Hawks), there has been a lot of talk about 1985, the last time they actually won it all.

I picked up a couple of cards of Randy Bass, the key player on that 1985 Tigers team, off of Yahoo Auctions that arrived today.  They are both from the 1984 Calbee set, which I am starting to make a more serious effort at putting together (more on that in another post). I kind of like these cards.  The one on the left, from the "big hat" part of the set, has a pensive looking Bass staring at the ground.  The one on the right, from the "little hat" part of the set, is kind of an awkward photo with his face mostly lost in shadow, but I love the pinstripes of the hat that the 84 Tigers wore.

I have a soft spot for the Tigers and Randy Bass is one of my all time favorite NPB players, so I am very tormented about who to root for in this series.  I have spent 4 years of my life living in Fukuoka as a Hawks fan and 5 years of my life living in Hyogo prefecture as a Tigers fan (plus 2 years living in Nagoya, my current city, as a Dragons fan).  It is very troubling because both teams have things that strongly attract me to them.  I only left Fukuoka in 2012 so this year's team still has a lot of the players I used to root for when living there - Matsuda, Uchikawa, Morifuku, Settsu, Honda and company.  On the other hand, I kind of fell in love with this Tigers team.  Going into that series everyone was saying the Giants would just walk over them easily, and seeing the Tigers turn the tables and make Kyojin look awful.....it was immensely impressive.