In the Mail this Week: 1995 Calbee Tokyo Snack Cards 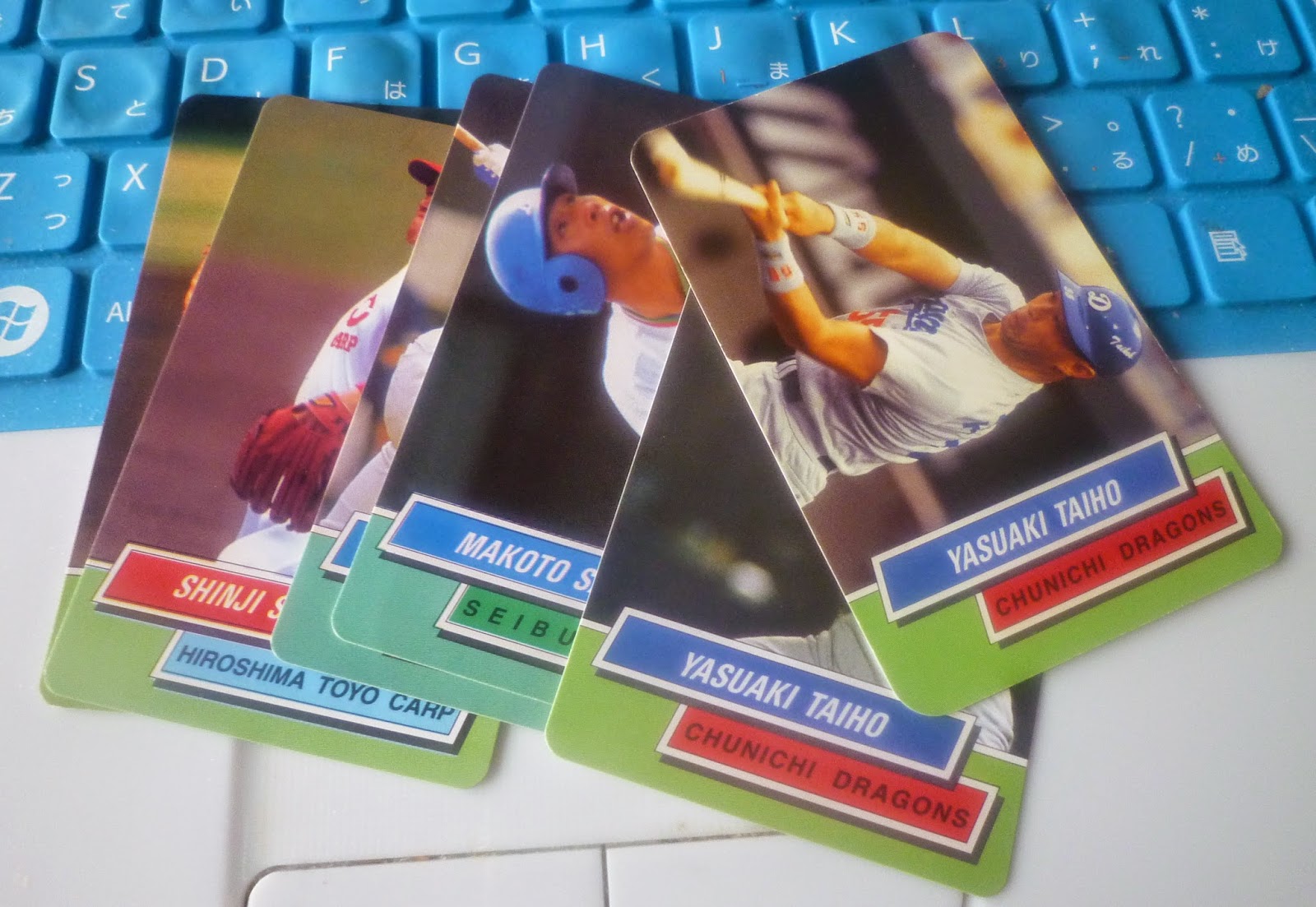 I got a small pile of 1995 Tokyo Snack cards in the mail yesterday.  These are an interesting set.  Tokyo Snack is actually a subsidiary of Calbee, which for a couple of years in the mid-90s was given the role of baseball card producer in the conglomerate.  If you want to split hairs you could make the argument that in 1995 and 1996 there weren`t any Calbee sets, since both of them came with the Tokyo Snack brand, which is the maker name printed on the back of the cards: 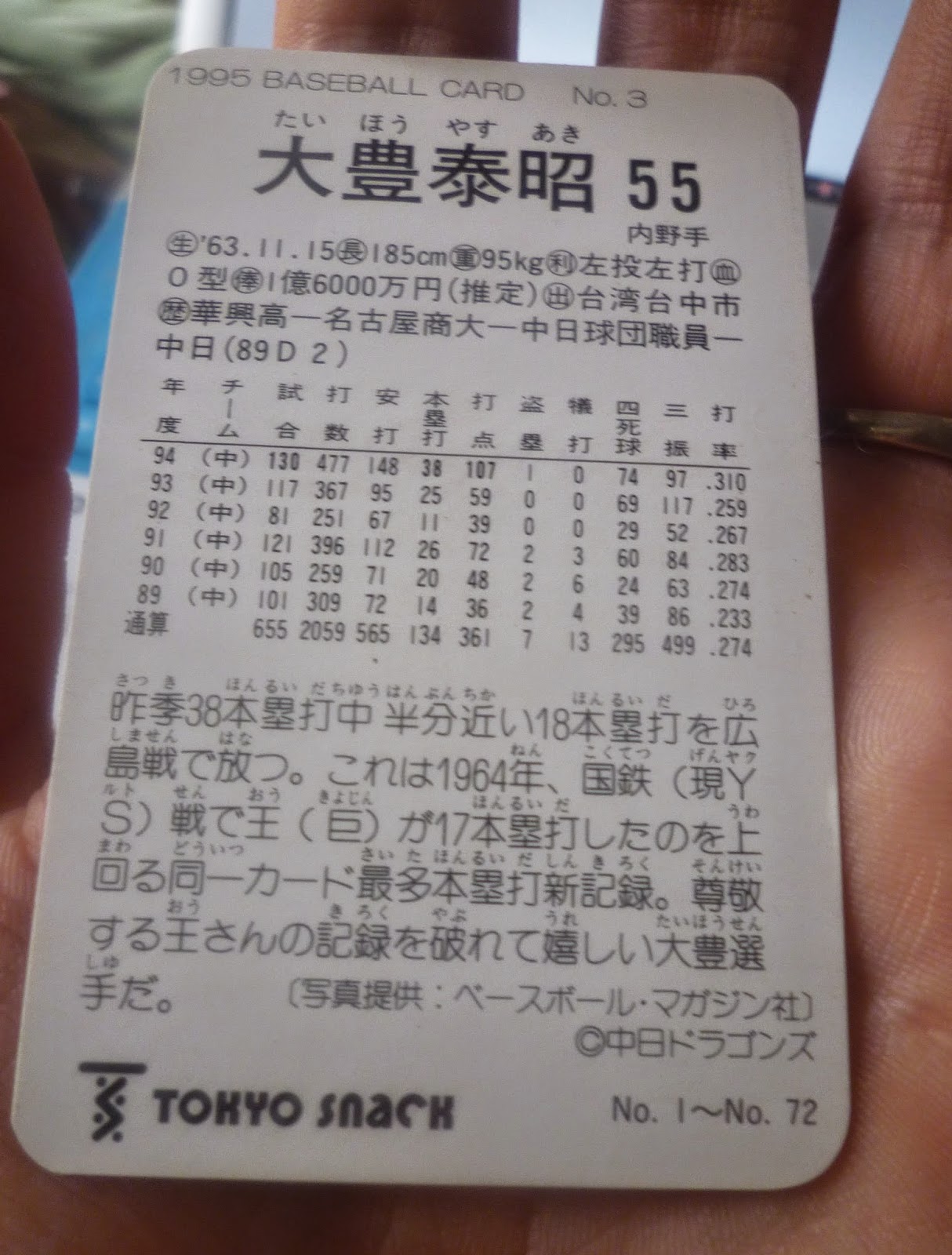 But since Tokyo Snack is a wholy-owned subsidiary of Calbee, I think collectors are correct to regard this as a Calbee set in all but name only.  As such it fits into an interesting period in Calbee card development.  The 1990s are actually an odd decade for Calbee.  In the 1970s all their sets (except for part of the 75-76 set with the pink borders) had a standard form - full bleed photo with the player name and team written in small letters on the front.  In the 1980s they reduced the size of the cards but, except for part of the 1984 set with the little hats on it, kept the same design pretty consistently throughout.  In the 2000s and 2010s, they have pretty much had the exact same design throughout with only minor modifications from year to year.

In other words, in each decade Calbee had one basic design philosphy and applied it almost uniformly to every set year after year. Except the 1990s.

If you look at Calbee sets from year to year in the 1990s you`ll notice that it is the only decade in which the design of the cards changed, sometimes radically, from year to year.  This gives Calbee cards from the 1990s a degree of uniqueness not found in other decades.

It is kind of interesting to speculate why this was so.  My guess would be that the introduction of serious competition from BBM from 1991 forced Calbee to respond and they experimented with a series of design changes in a trial and error process.  In 1998 they seem to have had that "Eureka!" moment since from that year on they have kept pretty much the same design.

The 1995 set is one of the more interesting ones from this period.  The shape and size are the same as that used from the latter half of 1990 through the 1996 set, but the design, which is quite colorful and distinctive, was only used in this one set.  Though I generally prefer the full bleed design they usually use, I kind of like this set.  It looks very 1990s.

I got a half-dozen cards in this lot.  Prior to that I only had one card - one of the low number Ichiros.  I will add this to my list of "sets in progress that I will hopefully one day finish but probably not."  The high number cards in this set are notoriously hard to locate, having been sold in very limited quantities and containing a couple of quite expensive cards of Ichiro (who, incidentally, had his first regular Calbee card in this set, though he had been featured in a regional set in 1994).