Finally! My first bag of 2014 Calbees at lunch in the office 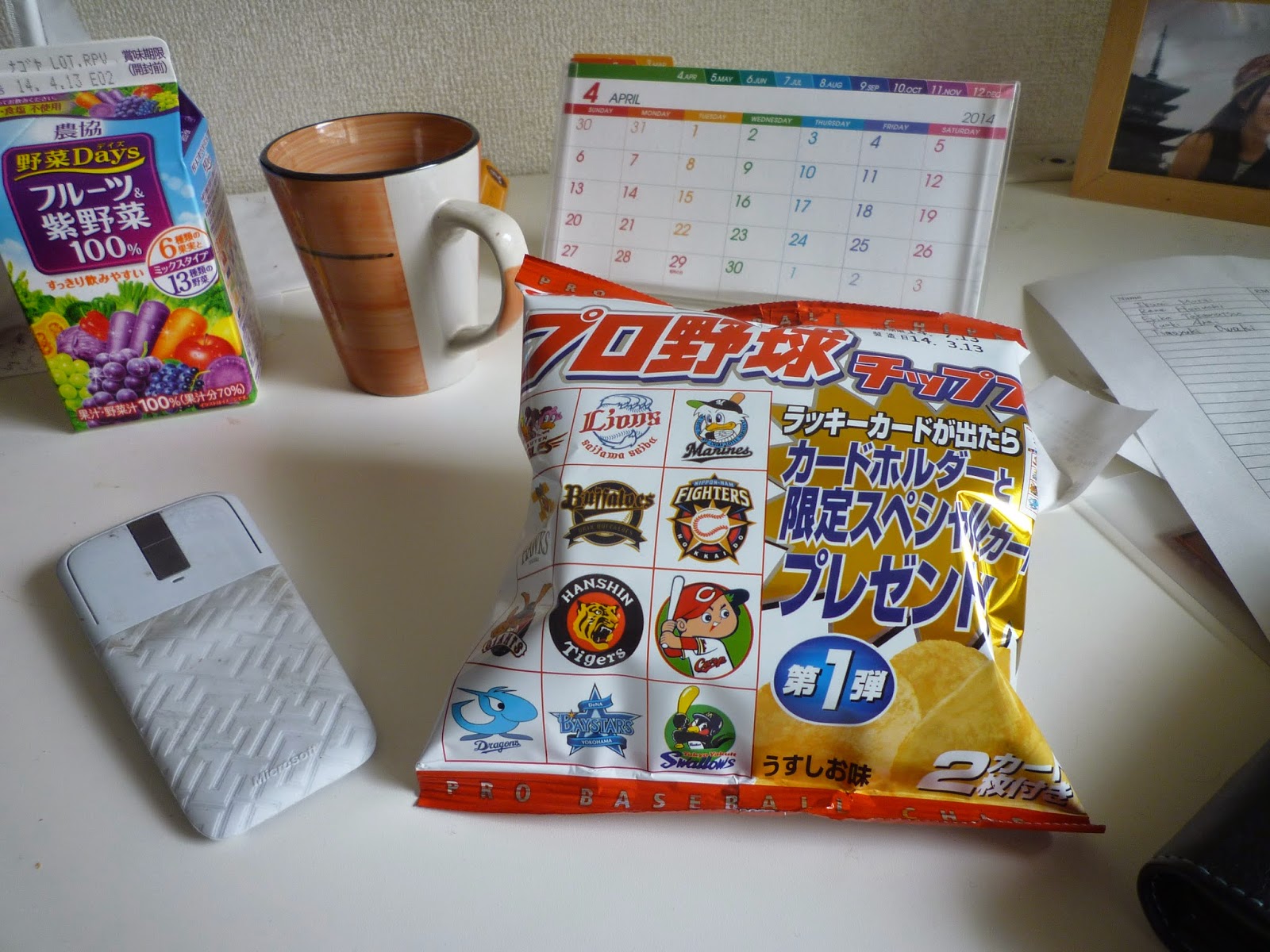 It has been more than a week since Calbee officially released its 2014 set.  And we are already several days into the 2014 regular season.  Until today, however, I have been completely unsuccessful in my efforts to obtain an actual bag of 2014 Calbee Yakyuu chips.

I have looked long and hard.  Pretty much every conbini or grocery store I have passed by (and there have been a lot) I have gone in and taken a look through their snack sections.  Every time it was the same: a bunch of bags of non-baseball-card-having chips.

Just when I was about to give up hope of ever getting a bag, however, today it started raining.  This forced me to abandon my plans to have Chinese (long walk) and get lunch at the last place I would have thought to look for yakyuu chips: a university Co-op store.

The second I wandered in I did a double take: they had a rack full of 2014 yakyuu chips right there near the front entrance!  I was so excited I almost forgot to buy my lunch.

Anyway, I bought the bag and went back to my office for lunch, which I am currently eating while writing this post.  The sandwich I bought sucks, but the yakyuu chips are great.  As has been usual in recent years, the 2014 Calbees come with 2 cards per bag: 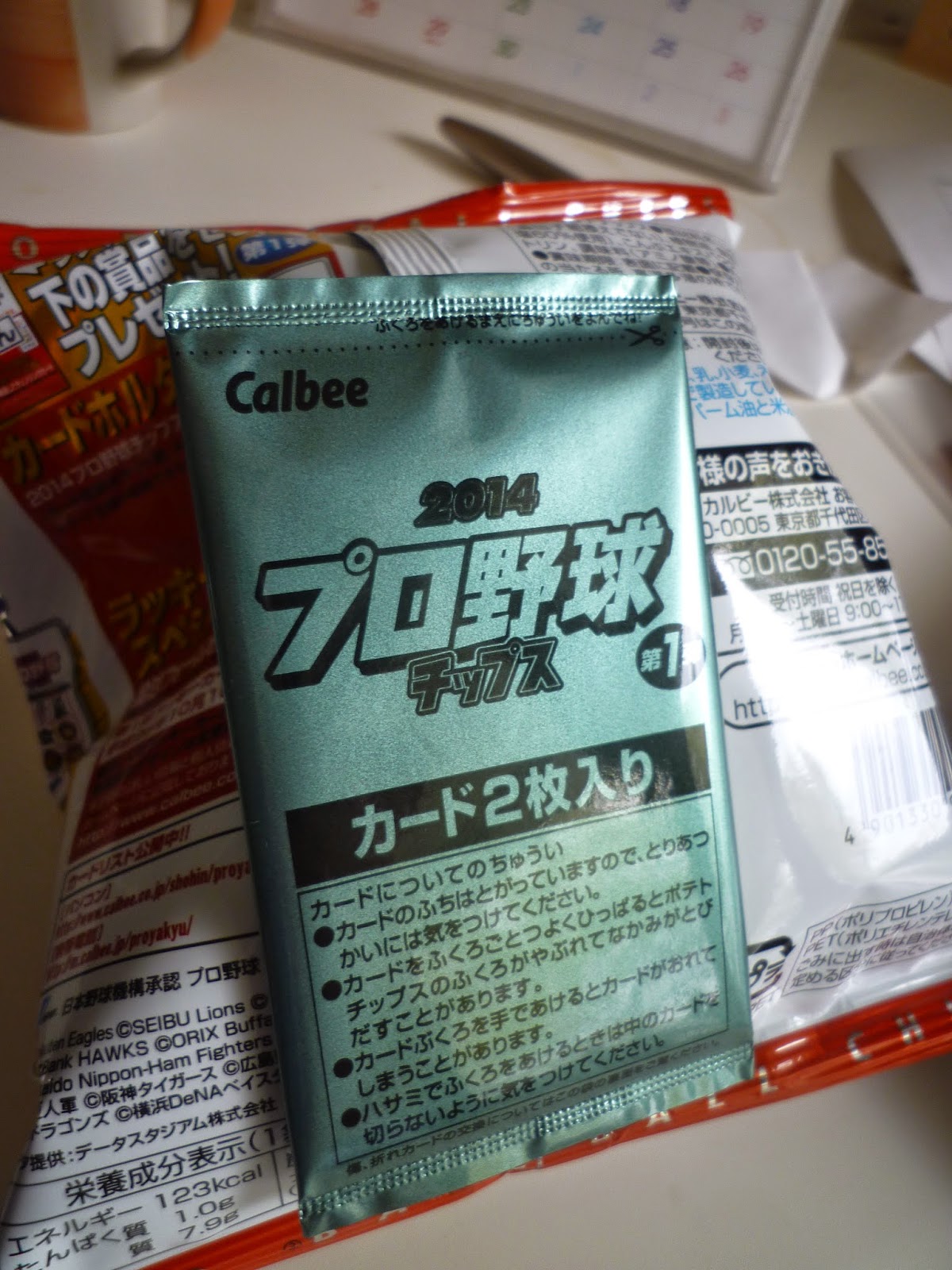 Opening them up I am pleased to see that I got Yuya Hasegawa, who had a big breakout year for Fukuoka last year, winning the batting title and coming a hair shy of reaching the 200 hit mark: The design of the cards on the front is basically identical to last year`s.  The backs are slightly different from 2013, but I think they basically recycle the back design from another recent set that I can`t recall off the top of my head.  Maybe 2012 or 2010?  I know I have seen this type of card back before. 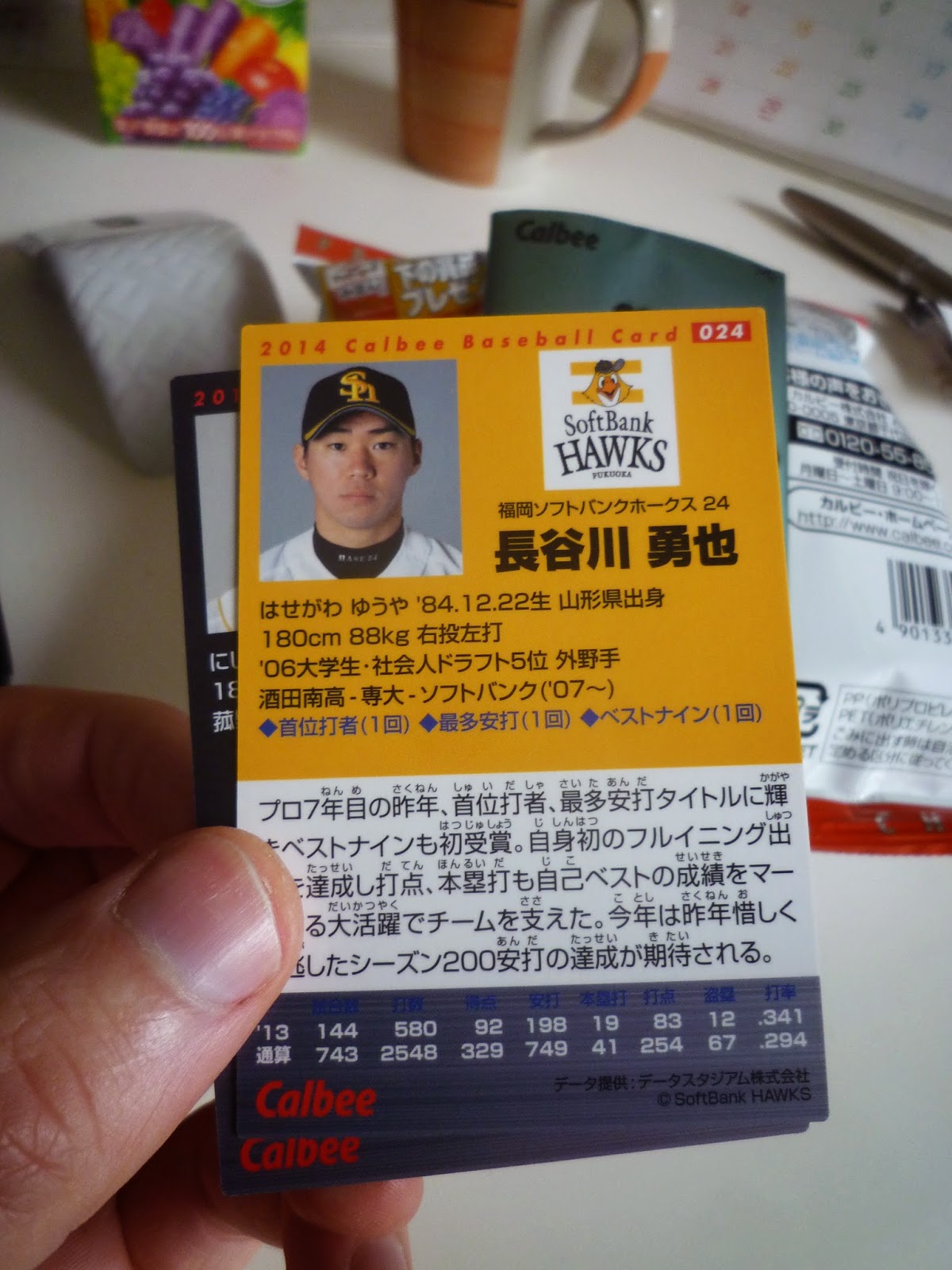 Anyway, I`m glad that my 2014 Calbee set has finally begun.  I`ll see how far I get with the first series.  Unfortunately the bags are a bit more expensive this year - 98 yen.  The consumption tax just went up 3% on Monday, which probably contributed to that, so it might cost me a bit more than last year (which as usual I came nowhere near finishing)!