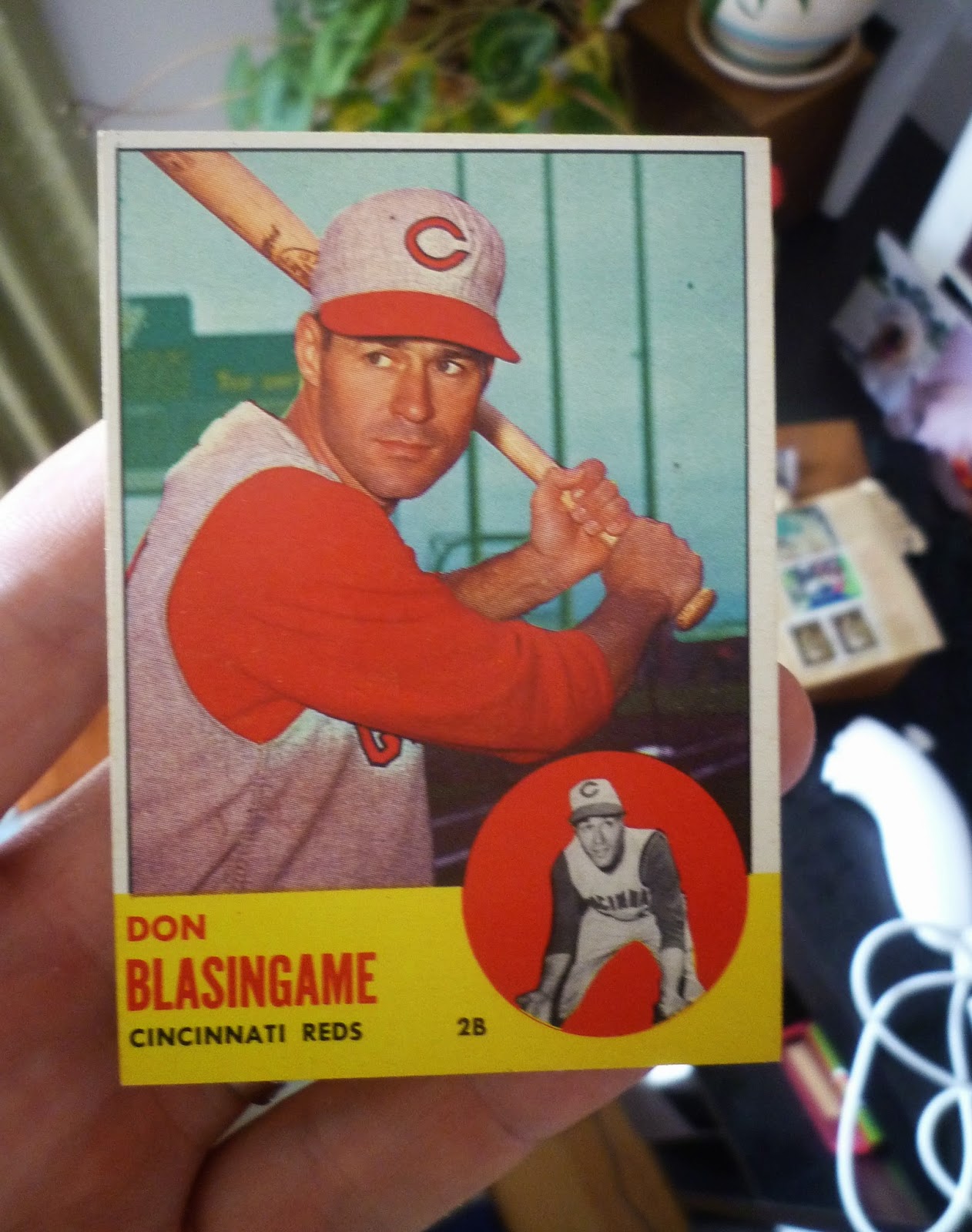 I finally got it!  A 1963 Topps common!  Number 518 of the somewhat difficult semi-Hi numbers!

OK, Japanese baseball fans and nobody else will know that this is more than a mere 1963 Topps common but the card of a relatively important figure in foriegners-in-Japan baseball history.

Don Blasingame has the honor of being the only player to have an entire chapter of Robert Whiting`s classic You Gotta Have Wa devoted to him.  Wally Yonamine?  Randy Bass?  Warren Cromartie?  Reggie Smith? Nope.  They all got talked about, but didn`t get a chapter named after them. 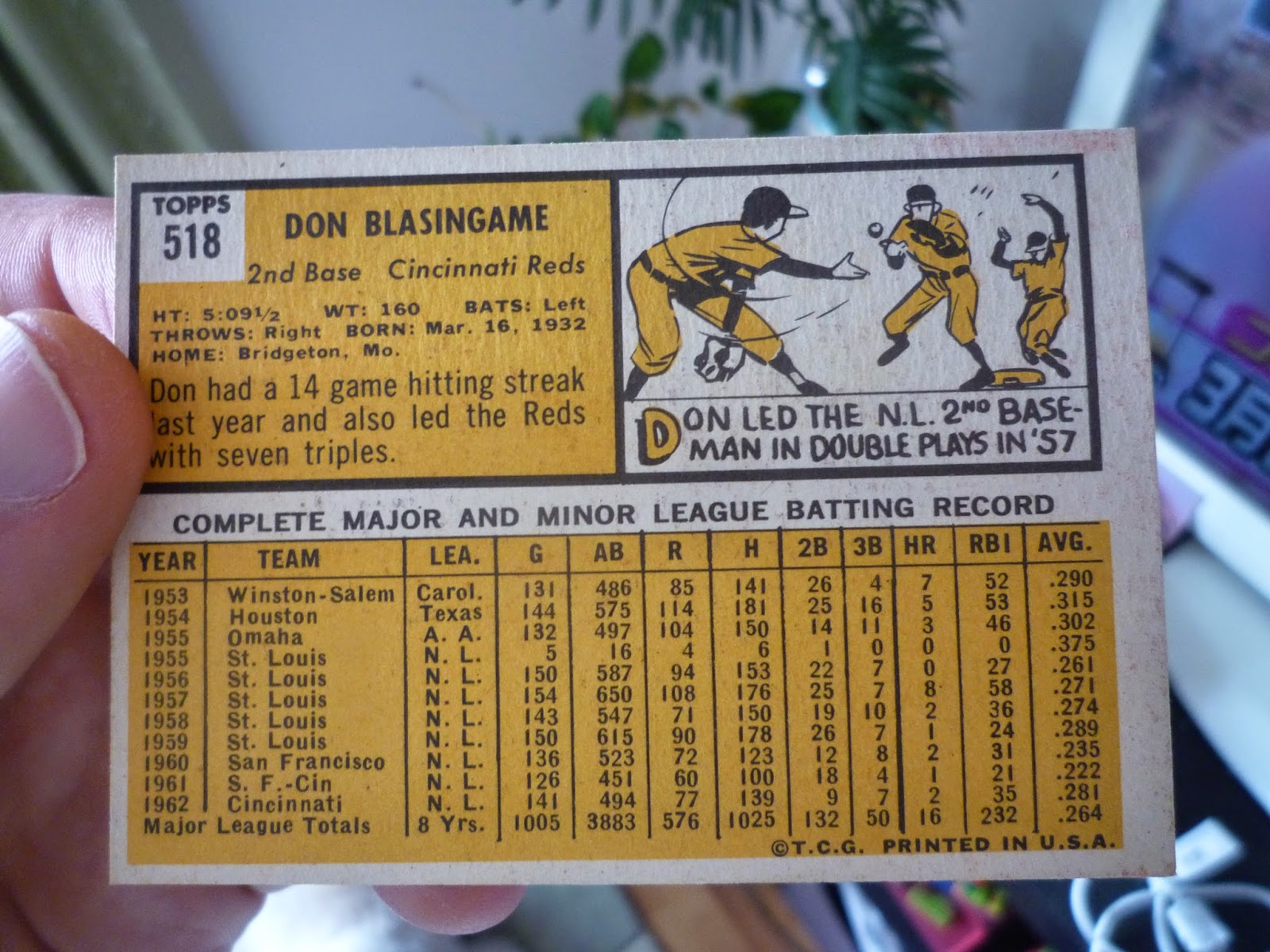 Blasingame is most noted (in addition to having led NL second baseman in double plays in 1957 as the card back informs us) for having been one of the first (after Yonamine and Joe Lutz) Americans to manage a Japanese team.  In fact, he managed two of them - the Nankai Hawks and Hanshin Tigers.  Whiting in his book mostly talks about Blasingame`s days with Hanshin when he started Dave Hilton instead of fan favorite Akinobu Okada at the beginning of the season, which caused a huge furor for which he recieved numerous death threats and a ton of unwarranted criticism in the sports press. It eventually led to his being driven out of the Tigers.

In this 1963 Topps card though we see him when he was still relatively young and all that stress was years away.  In 1963 he was a major leaguer, married to a former Miss Missouri who was probably pretty hot (?) and living in Cincinnati, a city about which I know nothing other than it was the setting for the awesome WKRP in Cincinnati (which would have been on the air when he was in Japan but thats neither here nor there).