True Confessions: What the Kitchen Cupboards of Baseball Card Collectors in Japan Look Like 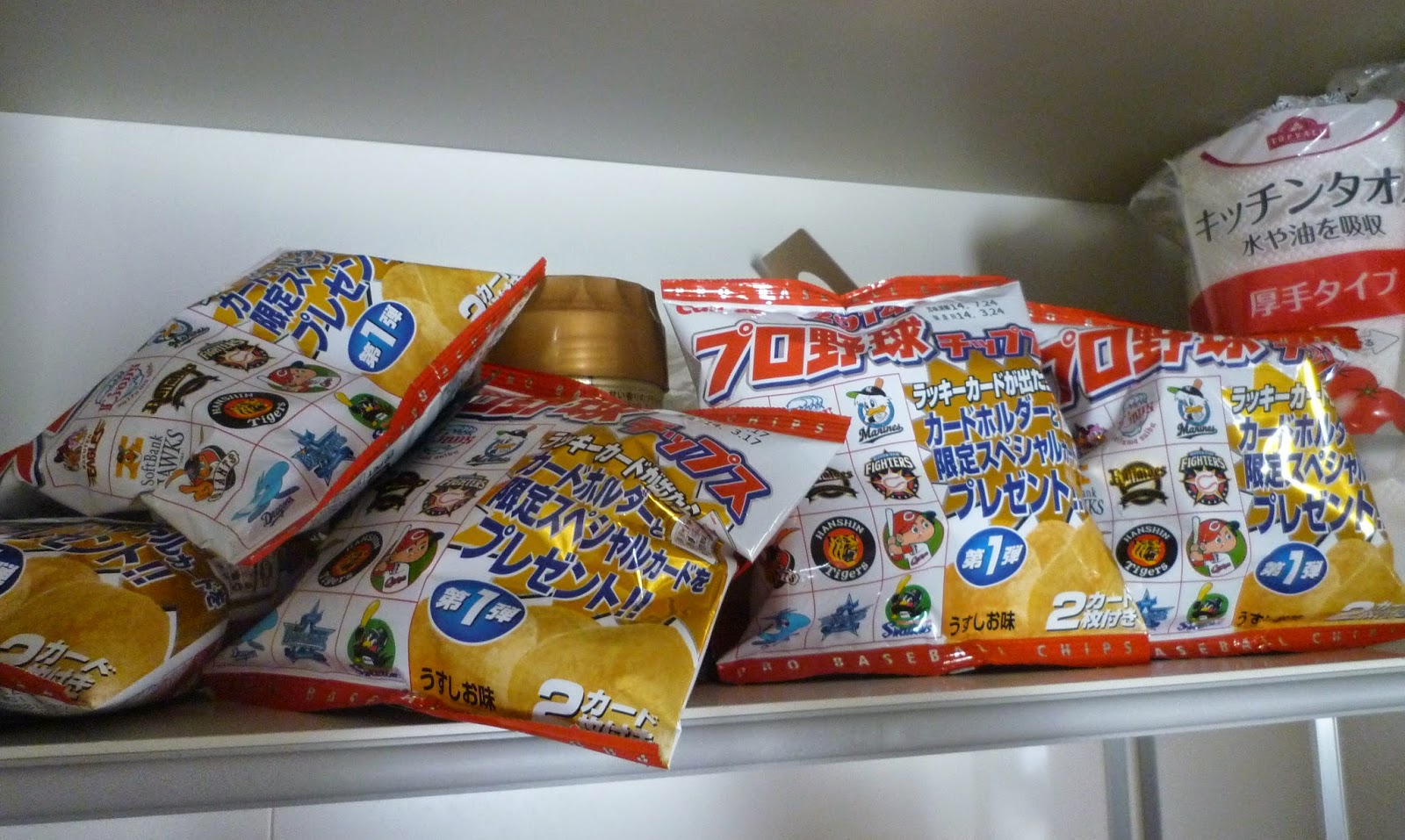 Every spring my kitchen cupboards go through a ritual known colloquially as "the rite of having too many bags of chips in them." It is a time honored tradition followed by all baseball card collectors here, or at least those with wives nice enough to allow it (or short enough that they can't reach the top shelf in the cupboard anyway and decide to just let you have it).

It is the cross that we all have to bear, for the mathematics just don't work in our favor.  By my rough calculations my personal demand for Calbee baseball cards is roughly 3 times greater than my personal demand for plain Calbee potato chips.  Therefore as the baseball season wears on my cupboard inevitably becomes more and more packed with bags of chips that have had their baseball cards carefully removed. 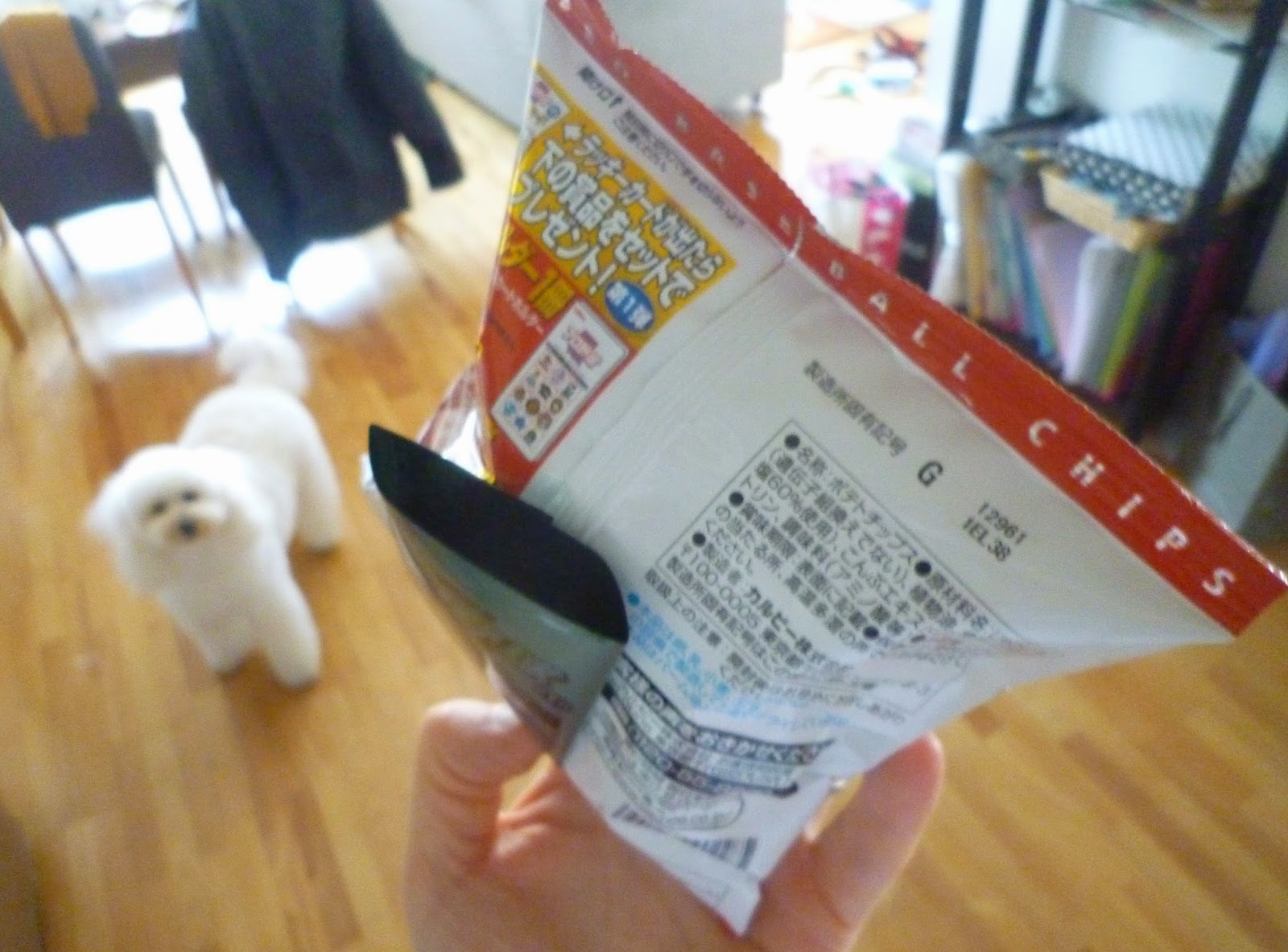 This is one of those shared experiences that is unique to Japanese baseball card collectors.  Back in the 80s/early 90s when I was a kid/teenager collecting MLB cards I would inevitably end up with excessive piles of pieces of Topps gum which were completely inedible.  Those were pretty easy to deal with though as they were conveniently designed in such a way that your trash can could hold an almost infinite number of them.

Donruss puzzle pieces and Fleer stickers were a bit trickier in the sense that they seemed like the kind of thing you should hold onto rather than throwing out, but once you had completed the puzzle or gotten all the stickers there wasn't much point in keeping the extras.  Since they were the same size as cards though you could pretty easily store hundreds of them at a time without taking up much space, so it was often a case of throwing them in a 400 card box and forgetting them.  When my parents moved about 4 years ago and asked me to get rid of some of my old junk in their basement among the stuff I threw out (recycled actually) were several boxes of donruss puzzles and fleer stickers that had sat there for 20 years.

Calbee chips though are a whole other ball game, so to speak.  They are way bigger than the cards and are actually an edible source of food which one shouldn't waste.  At the same time though, you can only really eat so many plain chips before you reach the point of being sick of them.

This is one area in which I wish Calbee would show a bit of initiative by taking the radical step of selling their cards with different flavors of chips.  I have no idea why they don't do this, other than the fact that they know collectors will buy the things anyway and plain chips are otherwise a slow seller.  Still though, I would like any Calbee officials who are reading this to go in the corner and consider giving the cupboards of Japanese baseball card collectors a break. We all live in tiny Japanese apartments with very limited space after all.
Posted by Sean at 5:44 PM