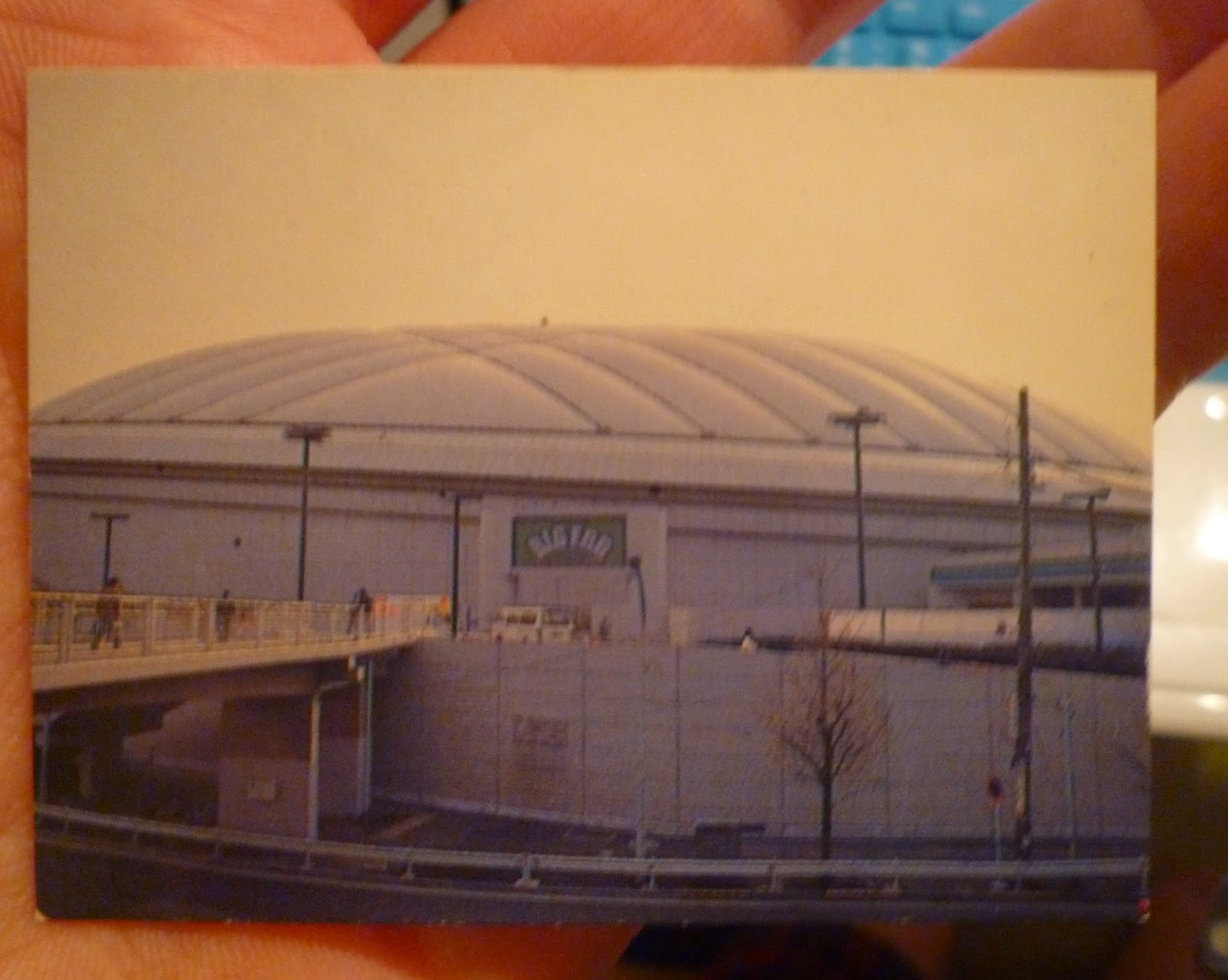 I picked up a few more 1980s Calbees on Yahoo Auctions this week.  In addition to scratching off five more cards from my 1987 want list, I also picked up card #19 from the 1988 set, which features the `Big Egg` or as it is more conventionally known, the Tokyo Dome.

I have to say that I hate domes.  And I think the reason I hate domes can be summed up very simply by the photo on this card.  It is quite possibly the most unappealing image of a baseball stadium ever taken.  Everything is grey.  The stadium is grey.  The big concrete retaining wall that thanks to the utter incompetence of the photographer takes up about 25% of the photo is grey.  The utility poles are grey.  The pedestrian walkway is grey.  The sky is grey (because the photo just HAD to be taken on that day, which didn`t happen to have a blue sky).  Even the lone tree in the photo, which has been painstakingly trimmed of all its leaves, is grey.

It is hard for me to imagine a photographer doing a more effective job of making a stadium  look like  a thoroughly depressing, lifeless and horrible place.  It  almost makes me physically ill to look at this card, which is sort of why I bought it (I`m not working on the 1988 set at the moment so I didn`t really need it).  And remember: Calbee probably has some sort of editorial process in choosing the photos it puts on their cards, which means that this was actually the most appealing photo of that evil domed monstrosity that they had!

Nuf said.  That is one area (among many) where I have to give MLB a lot of credit.  Despite the horrendously corrupt fleecing of taxpayers that most stadiums in the US represent, they sure are nice places to actually watch a baseball game.  NPB is saddled with a ton of domes mostly built in the 1990s - just after most MLB teams wizened up to the lesson taught by Camden Yards which can simply be stated (by fans) as `We hate the domes.  Build nice outdoor stadiums and we will come.`
Posted by Sean at 5:18 AM