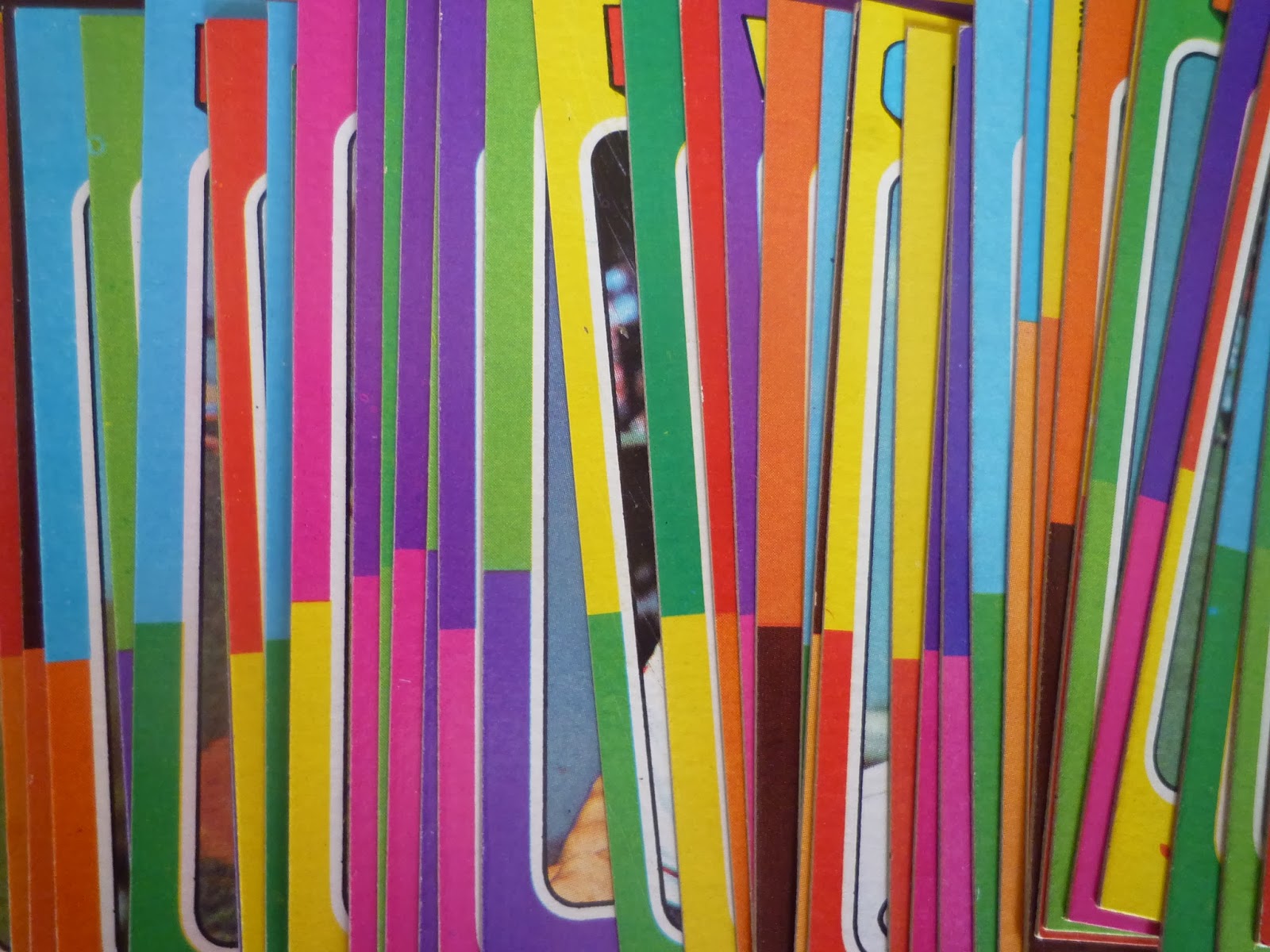 Coming home from work to find a box full of vintage baseball cards from the 50s, 60s and 70s has arrived in the mail is a pretty hard feeling to beat!  I bought a lot of about 500 cards on Ebay a couple of weeks ago.  The shipping ended up costing twice what the actual price of the cards were, but it was worth it to get these babies. 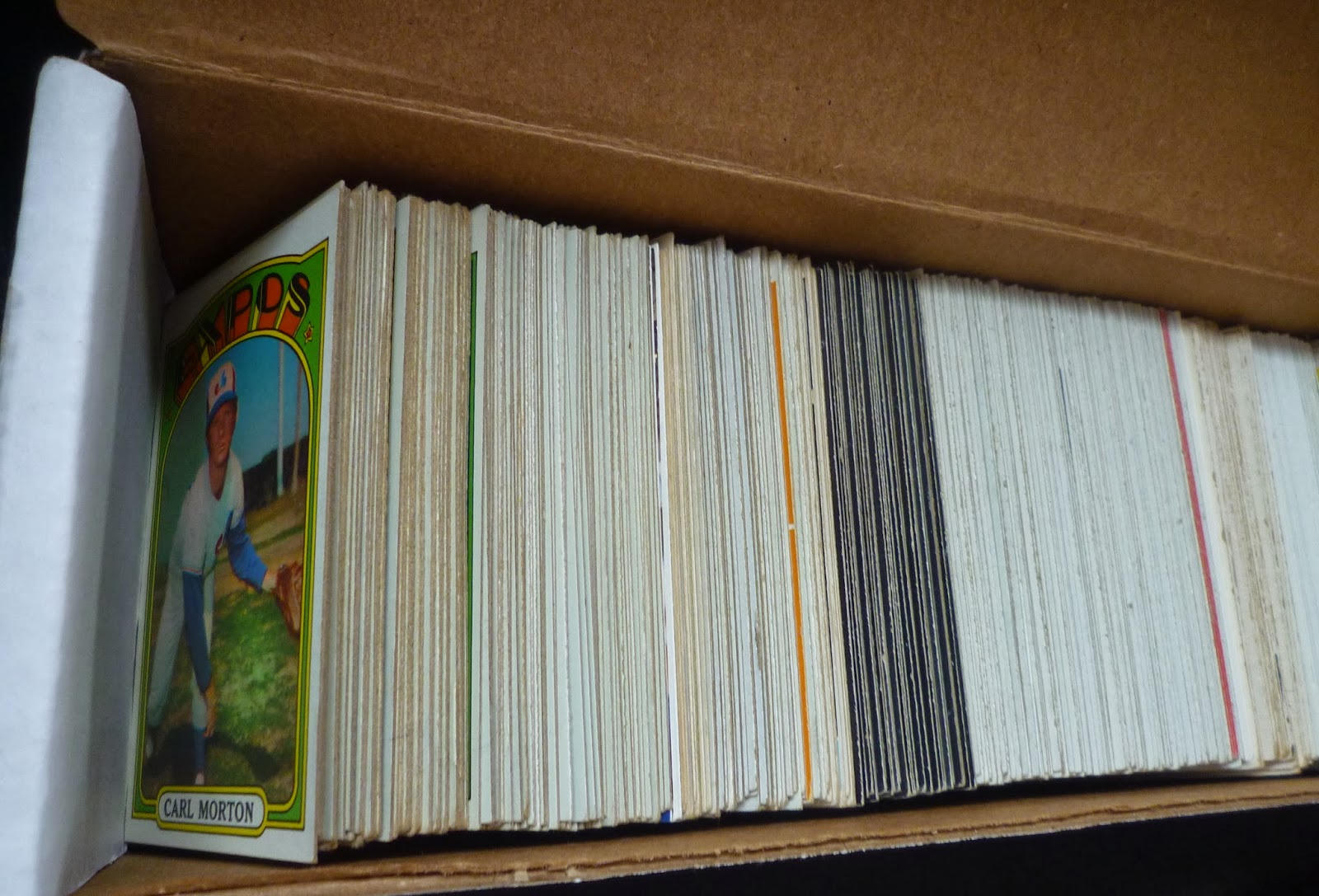 The majority of the cards were from the early to mid 70s and included a smattering of hall of famers (Johnny Benches from the 1970 and 1977 set being the highlights) but were for the most part commons.

I love flipping through lots like this.  I remember in the early 90s when I started trying to collect vintage cards.  Nobody sold them in lots back then and of course Ebay didn`t exist so you were forced to go to shops and shows buying them one at a time for high Beckett price since they were so in demand and hard to find at the time.  This one box, which cost me less than $50 with shipping, has more vintage cards in it than I was able to accumulate (at much greater cost) during my 1989-1993 peak collecting years combined.  1990 Sean would be so jealous of 2014 Sean if he could see me getting these. 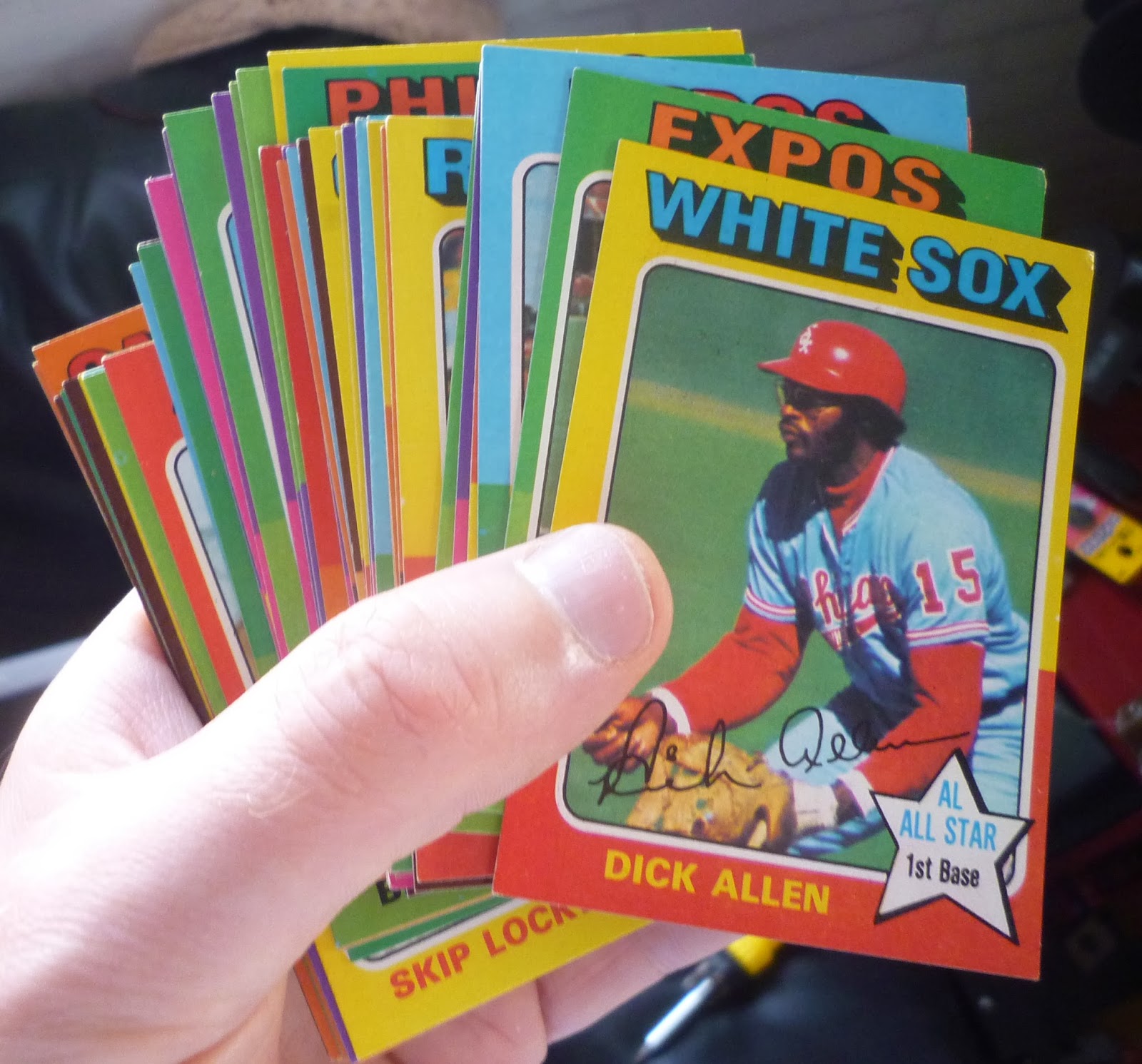 That set seems to divide collectors pretty sharply - you either love it or hate it, no middle ground.  I am decidedly on the side of loving the set.  I can see some of the criticisms as being valid - the borders are really big and the photography is pretty weak in general.  But man do I love those colorful borders.  This set just looks reallly cool when you hold it in your hand because of them.

I also like the bold font used on the team names at the top: 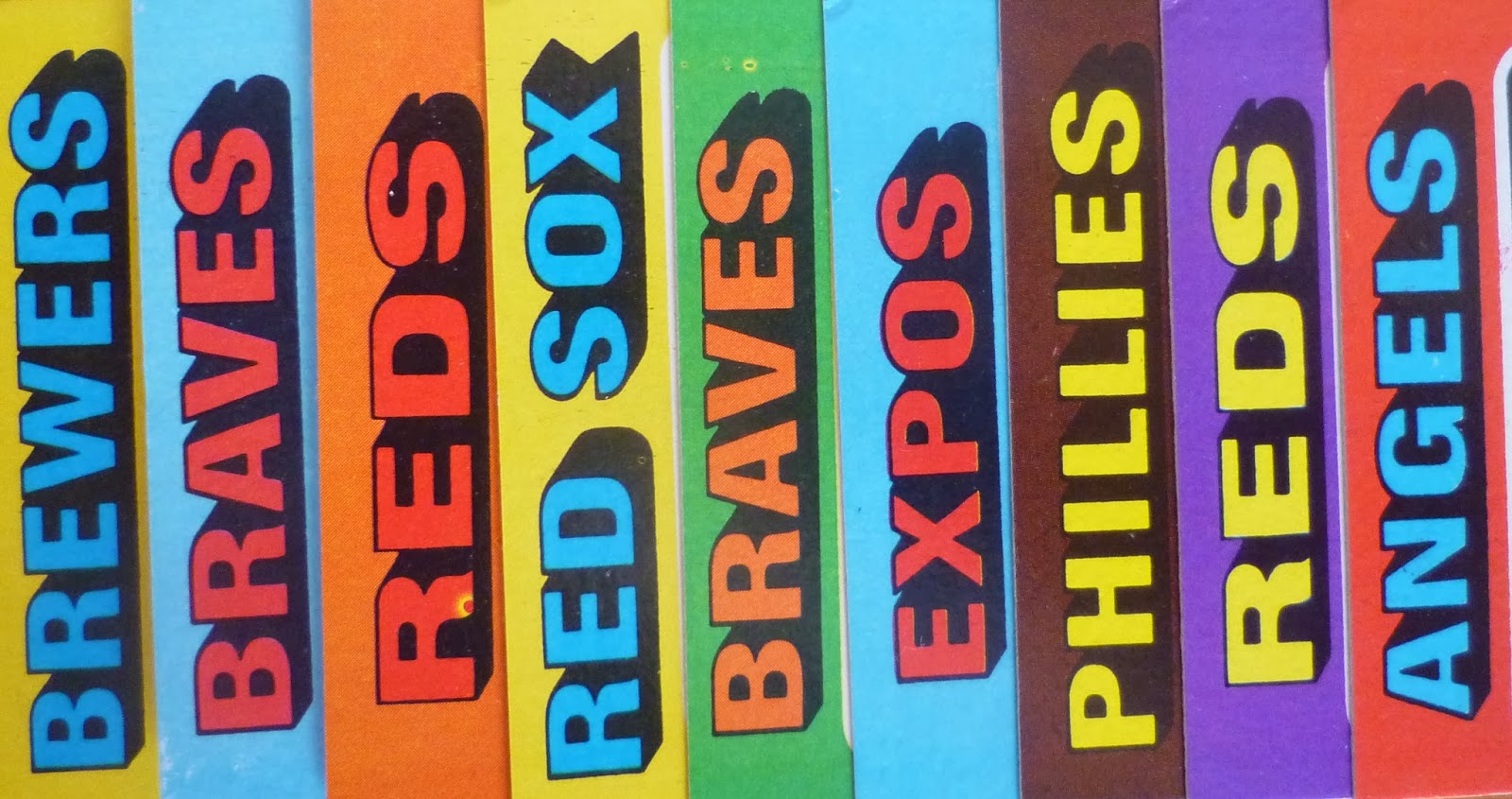 And scattering them about the dining room table they make an excellent collage: 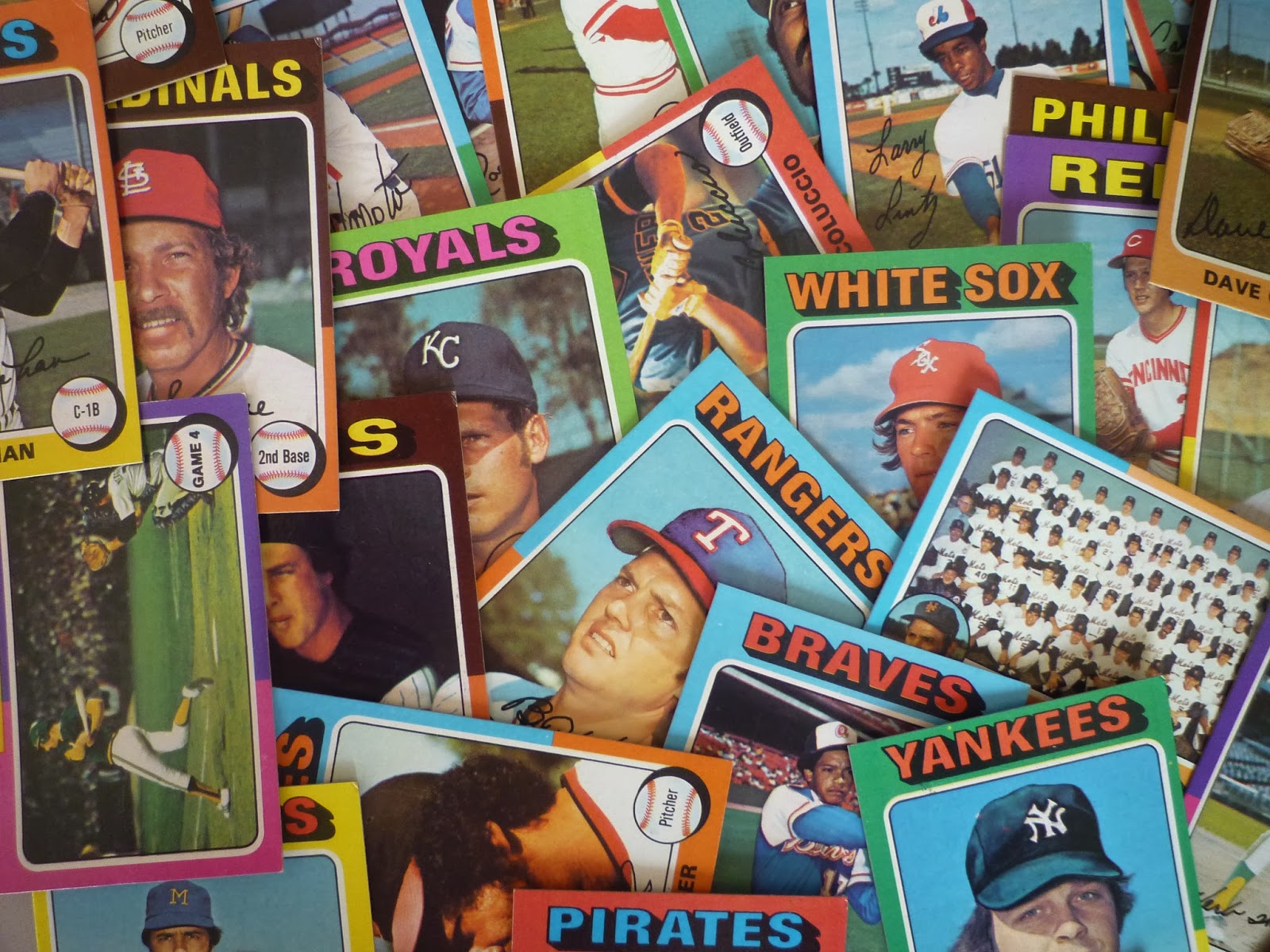 This lot didn`t have any Hall of Famers, though it did have Dick Allen and Luis Tiant who I think are both pretty solid Hall of Very-Gooders.  It also had 3 cards of my beloved Montreal Expos:

I also kind of like the way that they varied the color patter for teams rather than making them all the same.

I`ll probably write something about my 1972s at some point, that being the other big colorful 70s set that people either love or hate and which I also got a ton of in there.

Email ThisBlogThis!Share to TwitterShare to FacebookShare to Pinterest
Labels: 1975 Topps