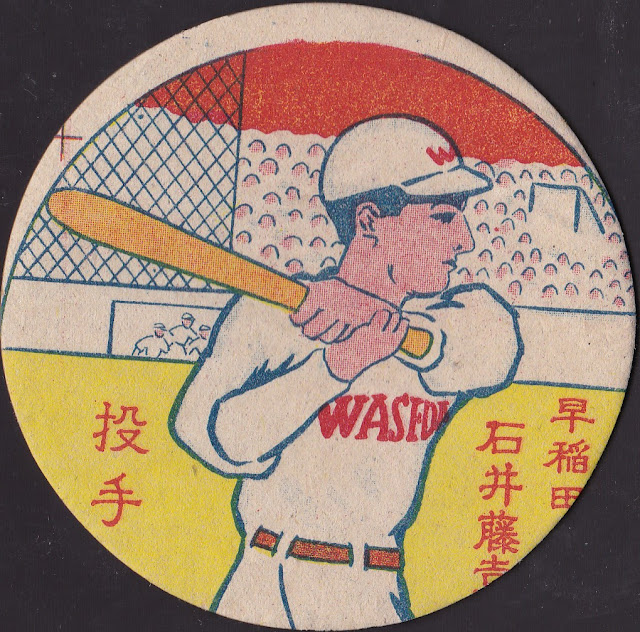 A few days ago I wrote a post about how certain hall of famers, particularly those with exclusively pre-war careers, have very few cards of them and thus present a major obstacle to anyone trying to put together a collection of career contemporary cards of Japanese Hall of Famers.

Excluding Eiji Sawamura (who has no known cards) probably the most difficult player to get is Tokichiro Ishii.  Ishii was a star hitter for Waseda University in the 1940s and was also later a manager of the team.  He was elected into the Hall of Fame in 1995 and is notable as only the second player to enter the hall without any professional baseball experience ( the first was former Meiji University star Kichiro Shimaoka in 1991).

There is exactly ONE set of cards which he does feature in, which is the 1948 Big Six University set (JRM 44).  The above is his card in that set, the only card of him ever made.

Unfortunately for Hall of Fame collectors, its a rare one - Engel lists it as R4, meaning that fewer than 10 copies are known to exist.  One hasn't appeared in a Prestige Collectibles auction in over a decade!

So while I'm not actively pursuing a Hall of Fame collection, I'm glad to have this one in my collection!