These are a fortune. Literally. 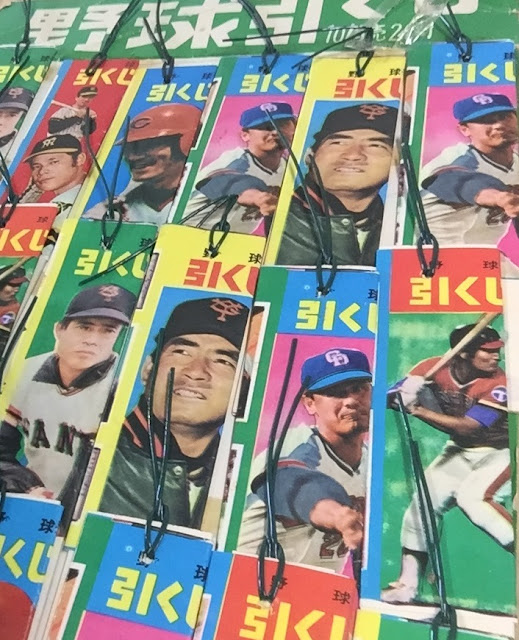 I made a neat new "discovery purchase" the other day: Baseball pull fortunes (Yakyu Hikuji)..

I got a big pile of them, display backing and all! 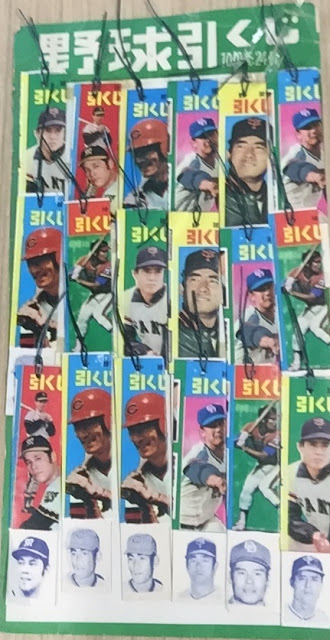 This are a type of product that doesn't exist in North America but has a long history in Japan. Each of these packs contains ten strips of thin paper which stick out at the bottom (in the above photo the black and white player head shots at the bottom are the parts of the paper that sticks out).  Each strip has a fortune written on it, like you would find in a fortune cookie.  The best one you can get is "Daikichi" which is really good luck.  The worst is "Hazure" which means you are a loser.  And there are a few in between.  So each kid would get one of these packs, then with their friends they would each pull one of the strips out and see who would get good luck and who would get bad. 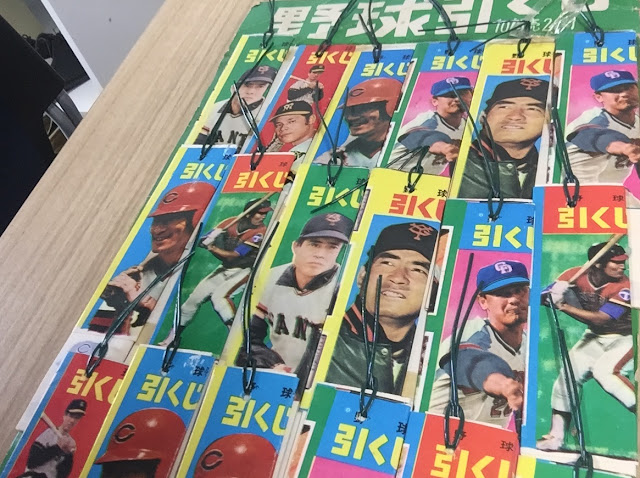 If you ever visit a shinto shrine in Japan you'll probably come across something very similar as they sell similar fortunes there. The ones sold at shrines are called "Omikuji" and come in folded pieces of paper rather than being pulled off of tabs like these baseball ones are. 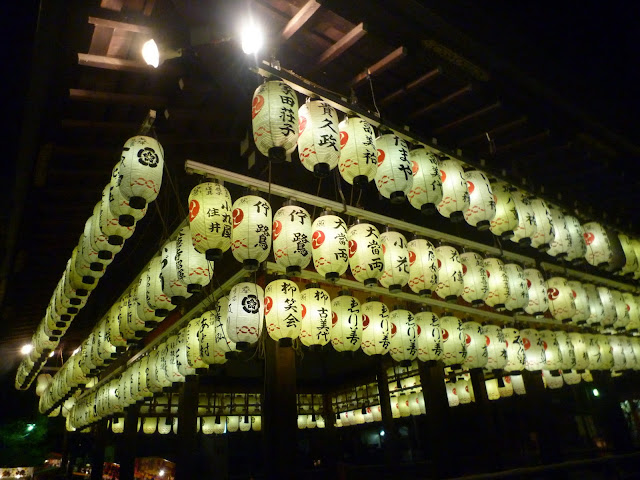 These are a couple that my wife and I got at the Hakozaki shrine in Fukuoka many years ago (the chocolate banana was also purchased there, it was a festival day). 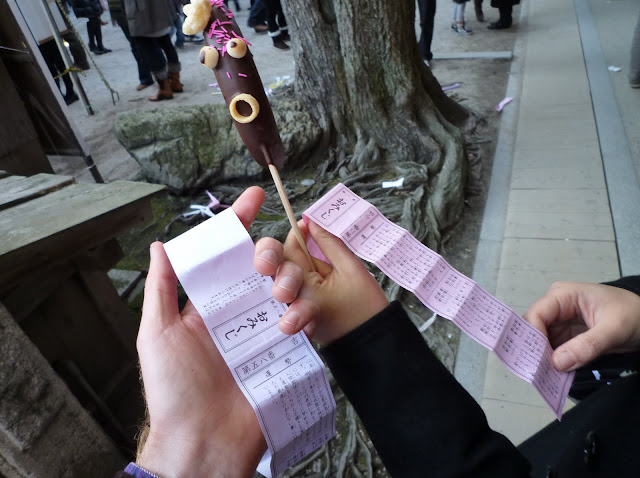 My baseball ones feature colorful wrappers with six different players on them: Senichi Hoshino, Sadaharu Oh, Masahiro Doi (I think), Shigeo Nagashima, Koichi Tabuchi and Koji Yamamoto.   The players whose head shots are featured on the ten strips peaking out at the bottom don't necessarily match the player on the wrapper (The one with Senichi Hoshino for example has a picture of Isao Harimoto on the strips.  Though most of the others do match). 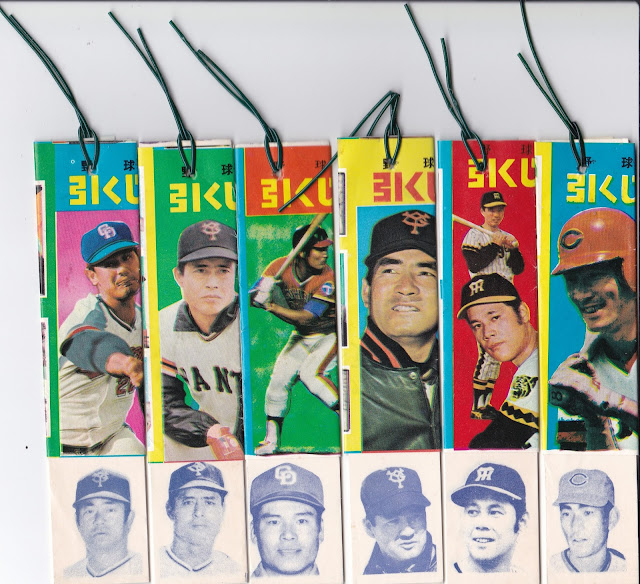 The backs of the wrappers have some cool color images of various players.

Judging from the fact that Isao Harimoto is featured as a Giant and Masahiro Doi is featured in a Taiheiyo uniform I would date these to 1976. 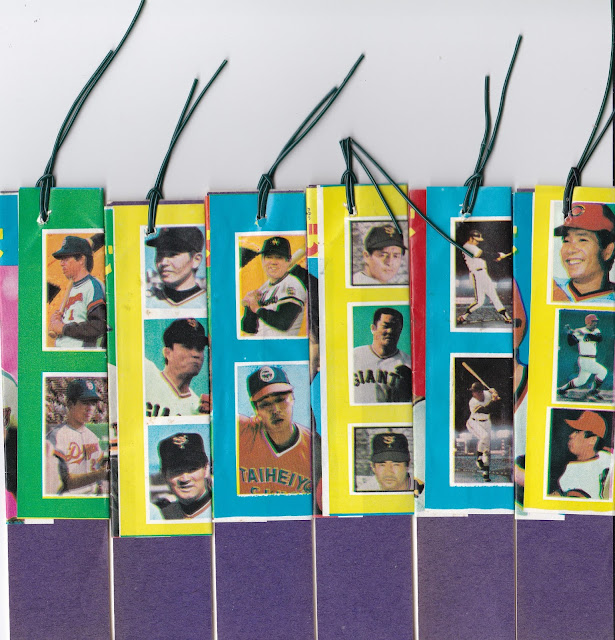 I decided to try my luck and pull one of them.  Instead of tearing them off as they were designed I decided to just unwind the wire at the top holding the bundle together so I could put it back without damaging it.  This is what I got:

Oh no, I got the loser one!

Back in the day these sold for 10 Yen each.  Looking around the internet it seems these "pull fortunes" were pretty popular back in the 1970s as there were similar bundles with various anime characters also sold from around that time.  These seem to have been the only baseball ones made and they are pretty hard to find.  Or at least I think they are, these were the first I've ever seen though I hadn't even known they were something I should be looking for in the first place until I found them!

Kind of a neat thing to add to my collection, they have a strong "Showa retro" look to them which I find appealing!
Posted by Sean at 8:01 PM