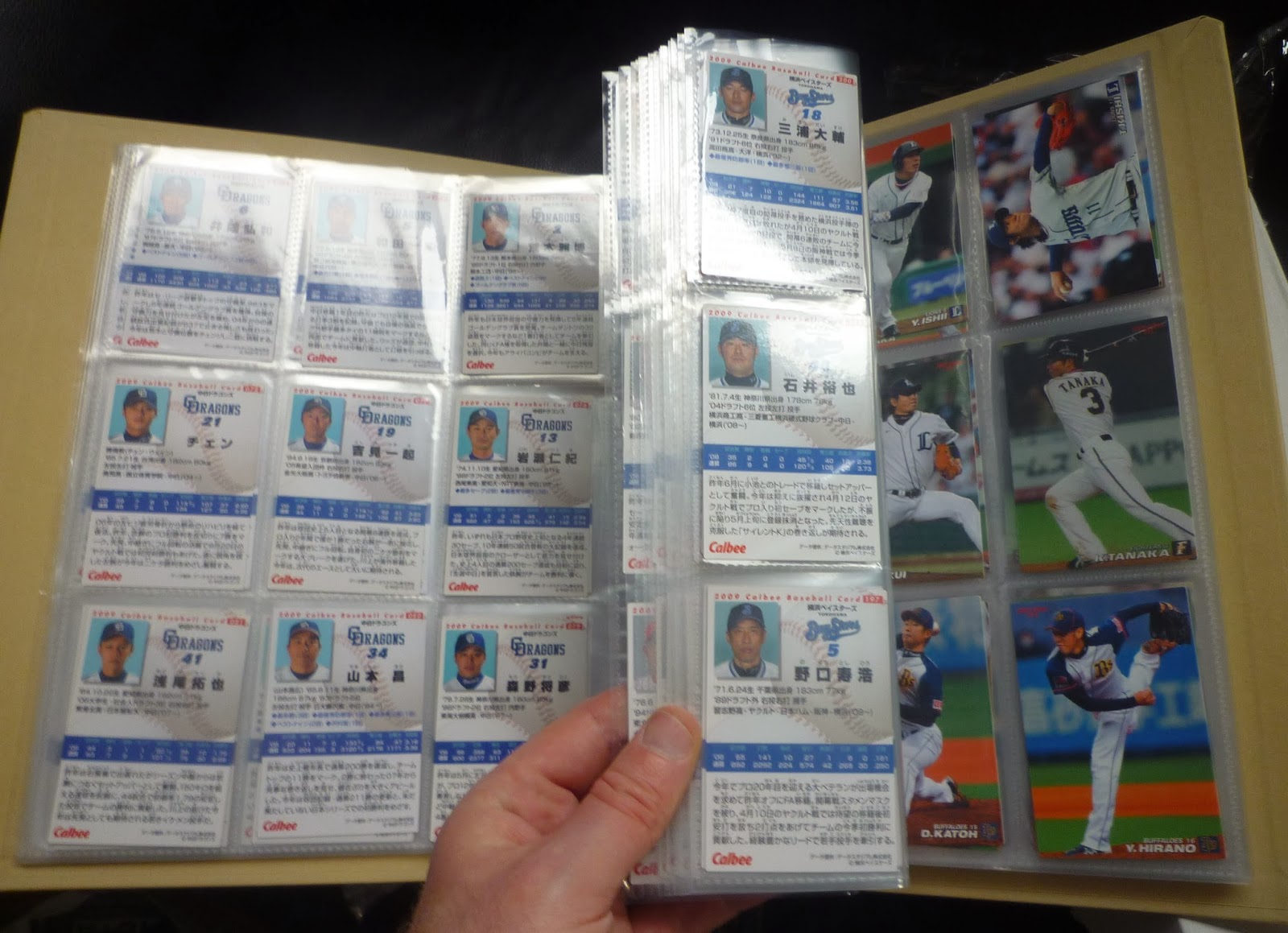 The blog is back!  As always happens in about November I tend to put my baseball card collection to the side when the season ends and distract myself over the winter months with other pursuits.  This naturally spills over into blogging about baseball cards, hence the lack of recent posts.

In about February each year though I start to get a bit antsy about things.  Sometimes in Japan you get these days in February when the climate plays tricks on you - throwing you the odd sunny day with a daytime high of about 15 degrees.  Spring weather.  It throws my internal clock completely off and makes me think of springtime activities, which ever since childhood has meant baseball.

Being too old to play baseball anymore (except maybe in a beer softball league, but there aren`t any around here that I know of), that naturally leads me to the next best thing which is my baseball card collection.

This is all just a roundabout way of saying that I have officially kicked off my 2014 collecting campaign.

This is several weeks early for the 2014 Calbee baseball cards, which I am eagerly awaiting the appearance of on my local convenience store shelves (or stores I should say, there are about 7 convenience stores within walking distance of my place.  As I am fond of saying, we live in a very convenient location).  So for now I am satisfied to dust off my sets from years past and see what I need.

I have never actually succesfully completed a Calbee set.  I think the only sets I have ever actually completed in my life were some Topps and Donruss sets from 1989 and 1990.  Except for those I have a ton of 90-95% complete sets that I could never be bothered finishing.

The closest I am to finishing a Calbee set would be the 2009 one, which is pictured at the top of this post.  I only need 22 more of the regular cards to complete it, plus about 30 of the subset cards and inserts.  I am going to make an honest try at finishing that this year. 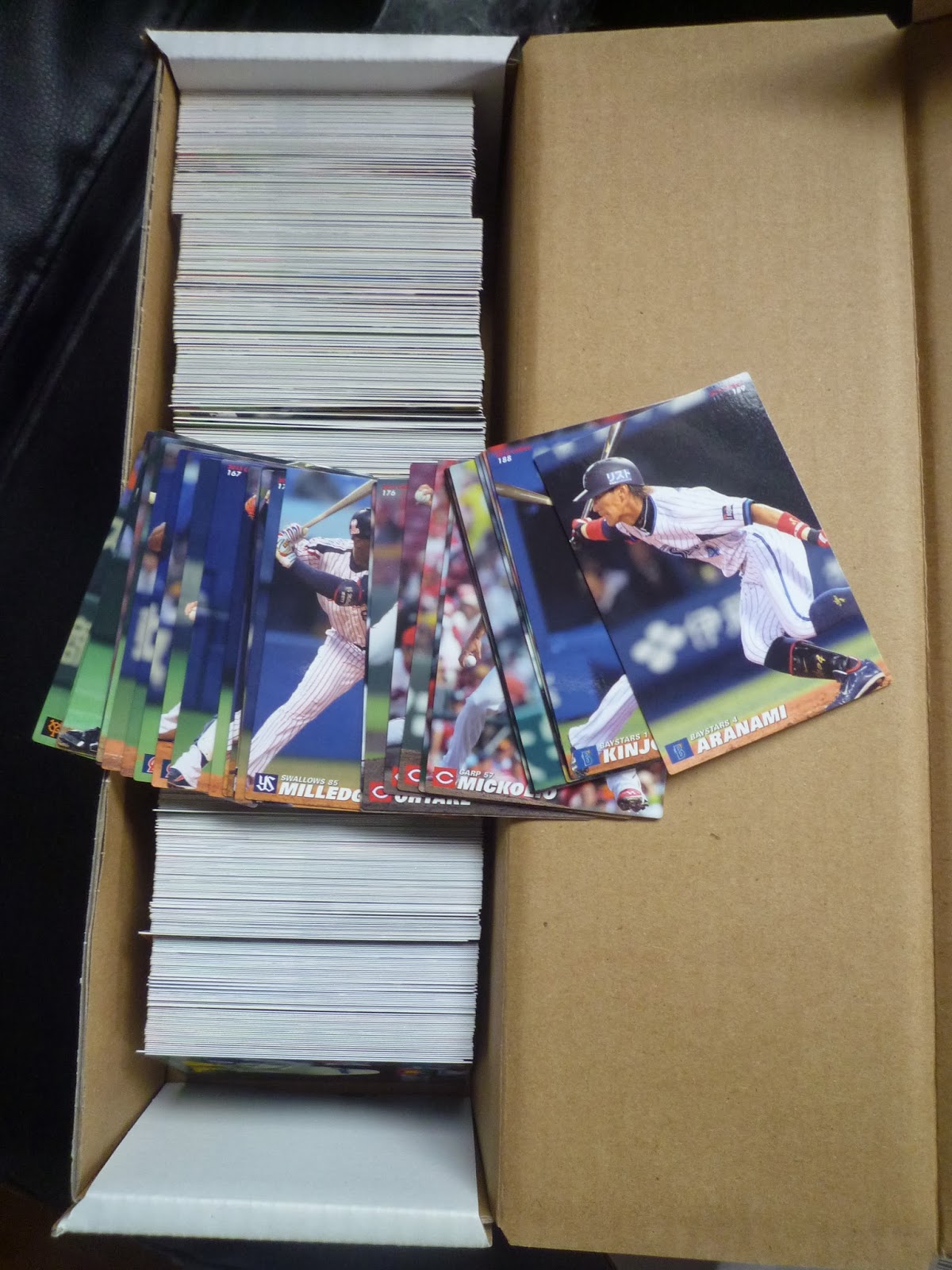 One thing that I hope to avoid this year is what happened to me last year when trying to piece together the 2013 set.  When series 1 came out all of the convenience stores in my area had bags of them.  Then when series 2 came out they had them for about 2 weeks and then - poof!  They vanished.  Not just from one convenience store but from every one of them.  Even the ones near my work, which had also carried the series 1 cards, stopped carrying them.  And series 3?  I never saw a bag of them in any of my convenience stores.  The only place that I could get them at was at the big Max Value supermarket, which I hardly ever go to.  As a consequence, while I put together a lot of my 2013 series 1 set bag by bag, I only got about 4 or 5 bags of Series 2 and a grand total of 1 bag of series 3.  Much to my shame, I had to turn to Yahoo Auctions to satisfy my need for those series, which to my mind constitutes a form of cheating (though I do it all the time).

I don`t know if that was the same in other parts of Japan or only a Nagoya thing.  In general it seems like Series 1 Calbees are usually a lot easier to find than the higher series, which is an interesting echo of how things worked in North America back in the 50s and 60s when Topps would cut down the print runs with each series as the season wore on and interest waned.  I hope Calbee doesn`t do that this year, I really enjoy being able to buy a bag of baseball card ships whenever I want to, even in September or October!

Anyway, the 2014 collecting (and blogging) year has officially begun!!
Posted by Sean at 4:39 PM