Third Guy From the Right 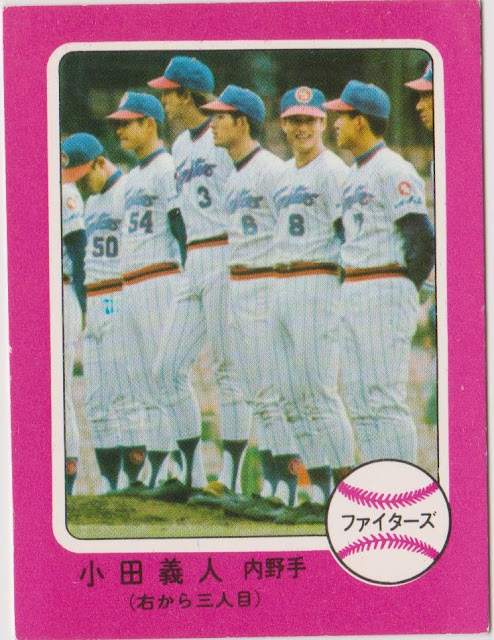 There are a lot of regular player cards in this series but also a few special multi-player cards.  Looking at the picture you would think this was one of the multi-player cards, but its actually the regular card of Fighters first baseman Yoshito Oda.

The text on the bottom of the card says "Oda Yoshito  Infielder", which is standard enough.  Then in parentheses below that it says "Third Guy From Right".

This must be unique in baseball card history - a regular card where it is so hard to tell where the player depicted is on the card that they literally have to tell you in writing where to find him.  I wonder why they chose this photo to appear on his card.  They must have had limited options, he isn't even looking in the direction of the camera, while the guy next to him is (not sure who that is, but this might have worked better as the photo for his card).