Clutter and Collecting: The Immortal 10,000 Idea 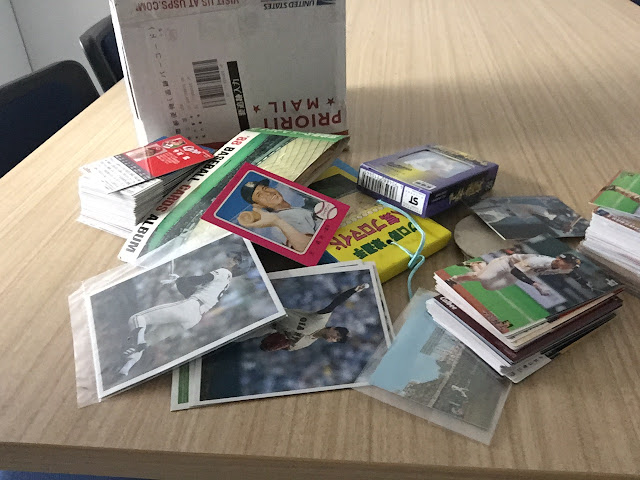 I’ve been trying to figure out what the ideal size for my card collection is recently.  This is a more urgent question for card collectors in Japan than it is in the United States. American homes have garages and basements, Japanese ones don't.  Nuff said.


At the moment my collection is kind of spread out in boxes shoved into little spaces here and there, most of them in a “spare” bedroom that is soon going to become a “daughter’s” bedroom (ie no cards allowed in the one place where until now I’ve been able to keep them), so managing the physical size of my collection  is an issue that has been brought into acute focus recently.


I have this idea for a simple, guiding principle to govern my collection from here on out which I thought I’d throw out there for anyone similarly concerned about their collection size (not limited to Japan).


Like most card collecting ideas, this one comes from the ancient Greek historian Herodotus.


About half of Herodotus’ work is devoted to  a history of the Greco-Persian war of the 5th century BC.  The Persians in that war had this elite army unit which he calls the “immortal 10,000”.  Basically it was a unit that was always kept at a strength of exactly 10,000.  Whenever a solider died or was wounded he was immediately replaced by another soldier from the rest of the army, so this unit always had the same number, and they were always the best 10,000 the Persians had. One in, one out.  Simple.


This struck me as a pretty good way of organizing a card collection too, at least if you’re concerned about keeping it a manageable size.  10,000 cards can fit into just two monster boxes, so its not too big.  At the same time, it’s a number that is big enough to allow you to still build an extensive collection – you could buy every Topps set from the 1970s and still have a few thousand more cards to go before reaching that limit.


The brilliance of applying that principle to a collection is the hard choices it forces you to make.  You can’t accumulate doubles.  Or junk wax stuff.  The guiding rule is when you hit that 10,000 card limit you can still buy cards, but for every new card you get you have to get rid of one.  This will, at least in theory, have a beneficial effect on a collection since you are constantly upgrading it, replacing cards at the lower end with cards you like better.  Over time your collection will become more a reflection of choices you’ve made about which card you specifically want in the collection rather than a reflection of how much random stuff you’ve bought over the years.


I haven’t actually counted how many cards I have in my collection, but I suspect it’s a bit over 10,000 (likely not much over, I don’t think I have more than 15,000 at the most).  So I haven’t yet formally applied this principle to my collection, but I am already mentally allocating approximate card limits to each of my main collections.


5,000 cards for vintage Calbee, Yamakatsu, Nippon Ham sets I am working on.

Stuff to give up:


-All my remaining BBM stuff

-Some random MLB stuff I still have but don't want.

Stuff that I am tempted to try to use accounting shenanigans to allow me to keep them despite pushing me over 10,000:


-I have some partial Topps sets from the 60s and 70s which I haven’t worked on in years but can’t bear to let go of, yet can't fit them into the 10,000.  I may recategorize these as "collectible cardboard related products" or something.


Anybody else like this idea and want to try it?  Lets see how far my willpower allows me to actually impliment this.  I suspect that a year from now I'll have decided to change it to an "Immortal 15,000" collection, but we'll see!
Posted by Sean at 8:46 PM

Email ThisBlogThis!Share to TwitterShare to FacebookShare to Pinterest
Labels: Herodotus