More colors from the 70s to brighten up your day 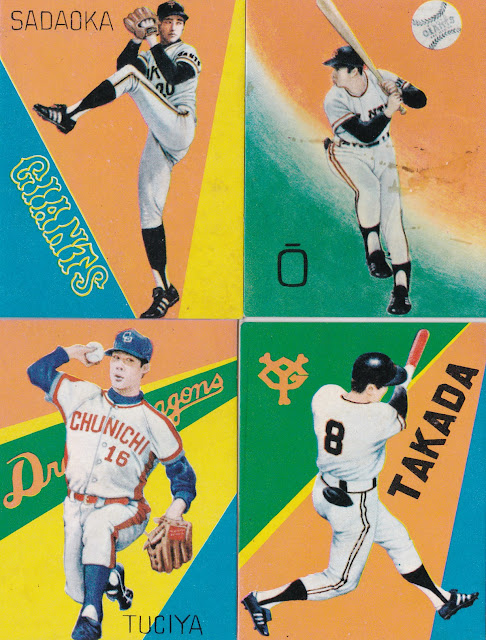 Here are some cards from the 1976 menko set JCM 17 which Engel appropriately designates as "Multicolor".  The cards from this set rival the 1975 Pepsi Dragons set in terms of eye catching colorful design.

The fronts of the cards have the player names written in English, though (as Engel also notes) they are often misspelled.  Dragons pitcher Masakatsu Tsuchiya's name is misspelled "Tuciya" in the card on the lower left for example.

One cool thing about putting someone who doesn't know how to spell in charge of typesetting your card fronts though is what they'll do with Sadaharu Oh's name.  Just "O" with a little accent thing on top (not sure what that thing is called).

Using just the one letter for a name does make his card look a lot bolder than it would with the more conventional "Oh" spelling.

The backs of the cards are a bit more subdued, with several games to play.  Junken (paper rock scissors), or a baseball play in the centre (O's appropriately is a home run) and playing cards in the lower right. 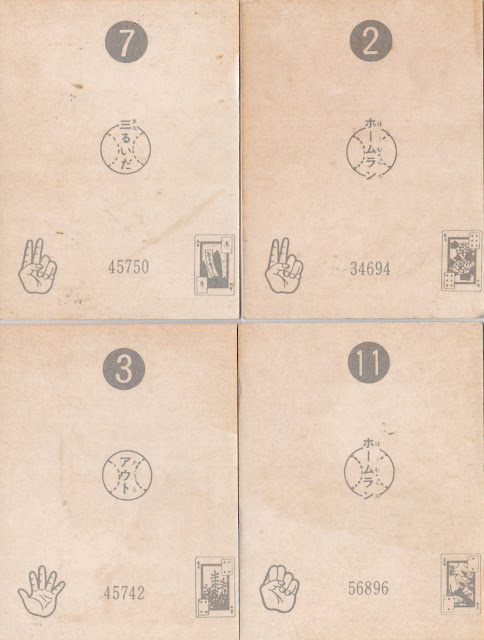 The cards are pretty hard to come by, Engel lists them as R3 (less than 100 copies of each) which seems about right, the four I have are the only four I've ever seen come up for sale.