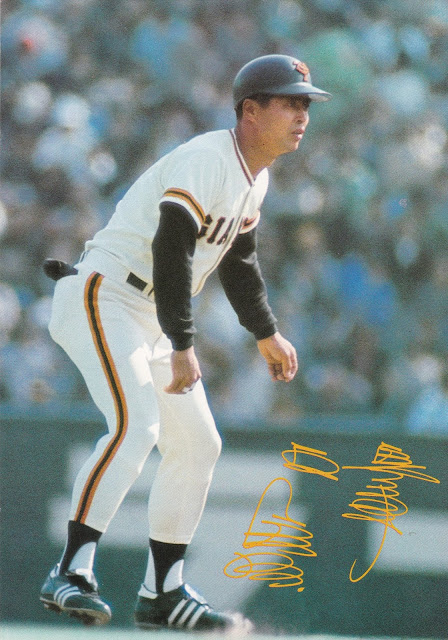 Dave did a post about a pretty cool set the other day, the 1977 Pepsi Sadaharu Oh Bromides (JBR 149) which I thought I'd do a little follow up on since I have another piece of information about the set: how they were distributed.

Basically its an 8 card set featuring color photos of Sadaharu Oh with a facsimile signature.  The checklist is easy since the back of every card has a picture of all eight (and encourages everyone to go ahead and collect them): 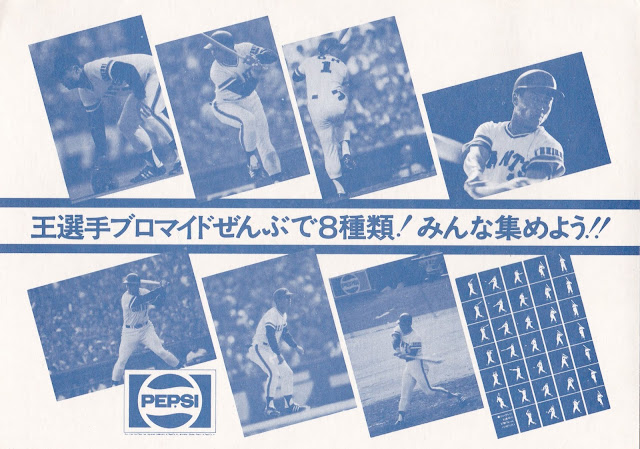 Its a really great set with some amazing photography, released in the year that he hit #756. Pepsi seems to have used three of the photos in this set on their Round Menko set from the same year.

I picked up something interesting recently, which were a couple of unopened packs, still pristine from all the way back in 1977!  So now we can learn a bit more about how they were distributed. 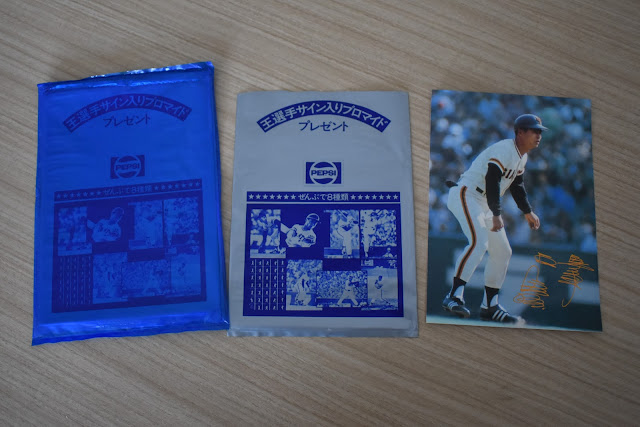 Unfortunately that is about all that I have so far.  I'm a bit uncertain if these were given away with bottles of Pepsi (seems unlikely since they are quite big, larger than a postcard), or if they were a mail-in promo offer or something like that.  Most likely the blue packs weren't meant to be distributed to consumers but were simply how they came out of the factory to be distributed either to retailers or to the mail room at Pepsi or whatever, while the grey packs were what people actually got.

Anyway, its still kind of neat.  I have only the one opened pack which came already opened, potentially I have the entire set waiting for me (I have a couple of the four card blue packs) but I can't bring myself to open them since for all I know they might be the only ones left like that out there!
Posted by Sean at 5:44 PM