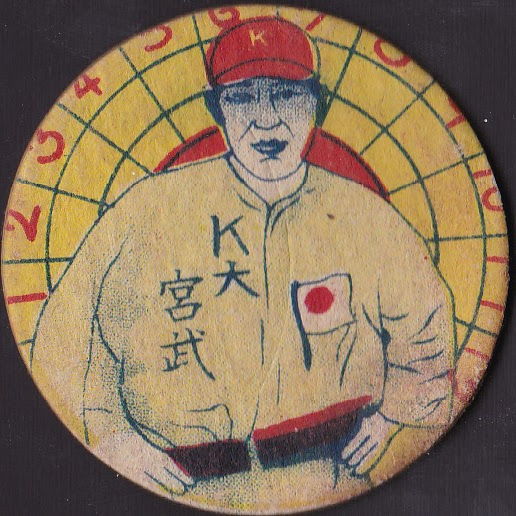 This is a really neat card.

It features Hall of Famer Saburo Miyatake, one of Japan's biggest stars of the 1930s.  He was a kind of early Shohei Ohtani, both a star on the mound and at the plate.  His most famous exploits came prior to the formation of the NPB so he is better known from his days at Keio University (who he is portrayed with here, hence the "K") than his pro career.

This card is one of the oldest and rarest Japanese baseball cards of an identified player ever made.  Engel catalogs the set as JRM 42 and dates it to either 1929 or 1930, its the first set listed in the catalog's round menko section.

What is really neat though is that until I found this card there were only three known copies of it out there.  Now there are four, and of those four there are three variations.

In 2016 a copy of the card was sold on Prestige Auctions.  According to the description there were only two known copies of the card at the time.  Note though that the version of the card in that auction had him wearing a red uniform rather than the yellow uniform he wears on my copy: 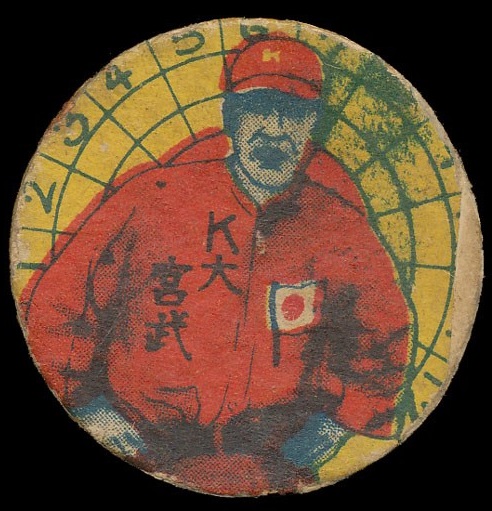 Then in 2018 another copy of it was auctioned off at Prestige. But this one featured him in a green uniform: 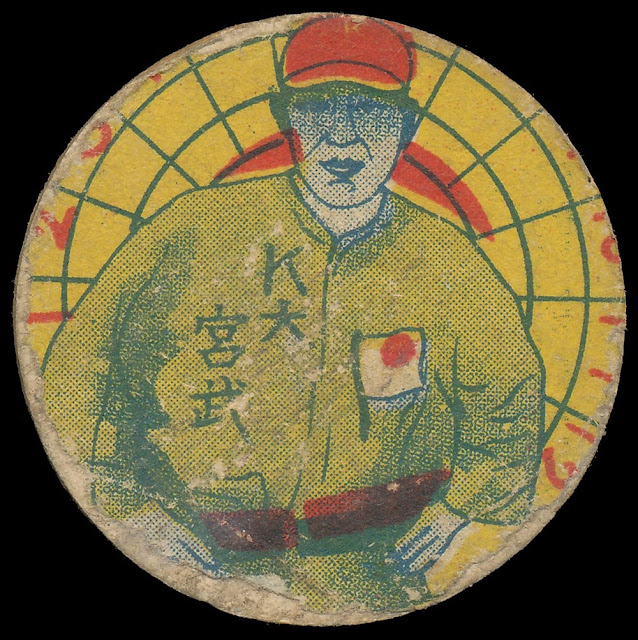 The description of that lot notes the earlier red uniform one and describes this as a variation.  Now I've found there is another, yellow uniform variation of the same card!

This is not super surprising, a lot of early menkos used different colors for the same card.  But it is kind of odd to have so many variations in a card with a population of four (the red uniform version is the only one with more than a single copy out there).

Anyway, I'm pretty psyched to add this to my collection.
Posted by Sean at 5:25 PM