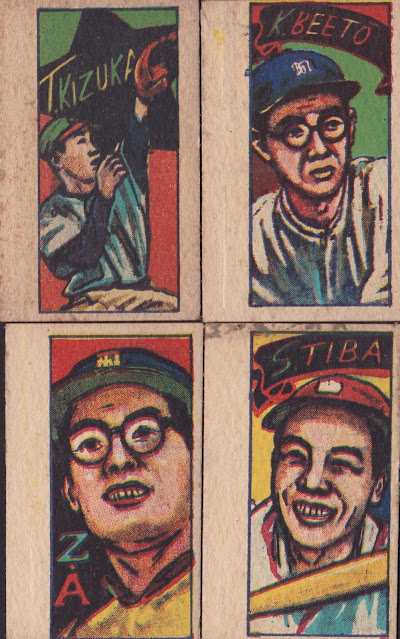 I have a few cards from the 1950 Kagome "Flying Bats" set (JCM 5).  It is so called thanks to the artwork on the card backs: 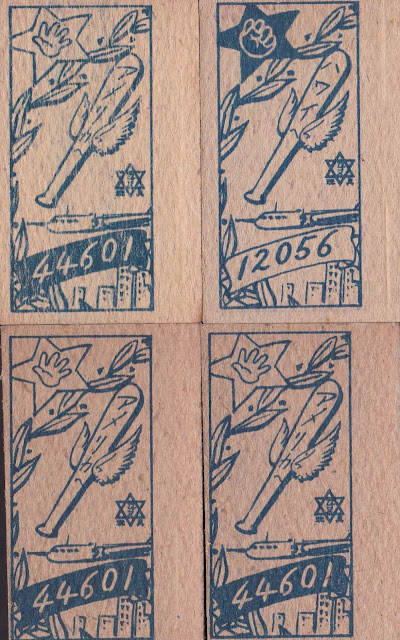 I'm not really sure where the idea to put wings on the bats came from, but for Japan its not too odd a thing to find.

The cards are kind of neat to look at.  They feature bright colors yet have an overall dark look thanks to the thick outlines used by the artist.  They also have some odd spellings for player names.  The guy named "ZA" for example is Atsuhi Aramaki. I have no idea why they call him Za.

This set is notable for featuring the rookie card of Masaichi Kaneda, probably Japan's all time greatest pitcher with 400 career wins.  I haven't been able to add that one to my collection yet though.  Its on the top of my want list though.  Unlike other big names like Shigeo Nagashima and Sadaharu Oh, who had dozens of rookie cards, Kaneda didn't appear on many in his rookie season so this is probably his "key" card out there.