My 1976 Yamakatsu Purchase is Confusing the Hell out of Me 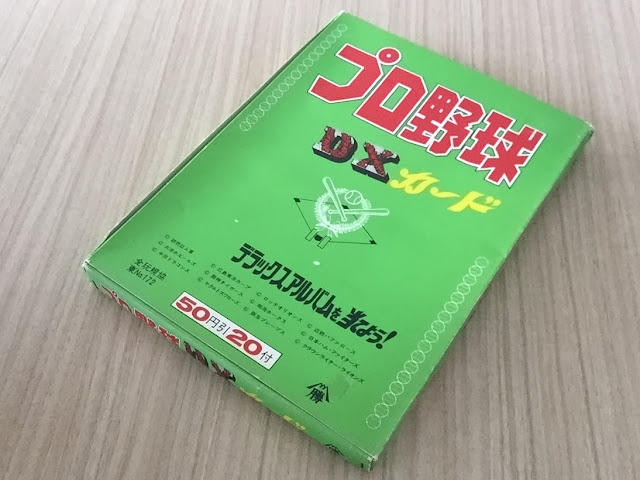 The above is a box of Pro Yakyu "DX" cards produced by Yamakatsu in 1976.  As the red numbers near the bottom indicate, it contains 20 cards which sold for 50 Yen back in the day.  The cards are pretty big so its not a bad deal.

Open it up and you find a couple of bonuses.  There is an extra card, of Sadaharu Oh no less, pasted to the inside flap, so you've got 21 instead of just 20 cards.  Plus there are two albums. 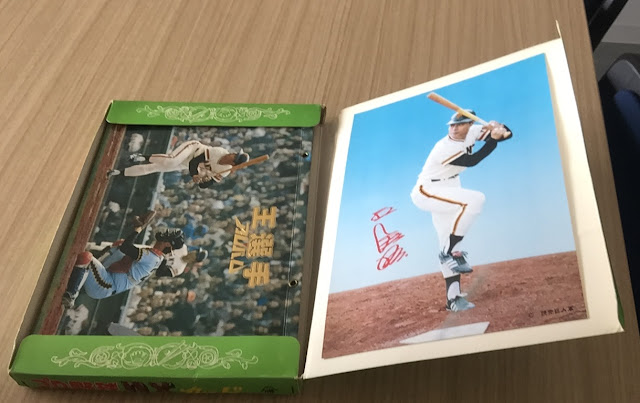 The albums (they are the same) hold three cards each and are specifially "Oh Albums" for storing your Sadaharu Oh cards in.  As is so often the case with cards from the late 70s, recent HOF inductee Koichi Tabuchi makes a prominent cameo behind the plate in the photo. 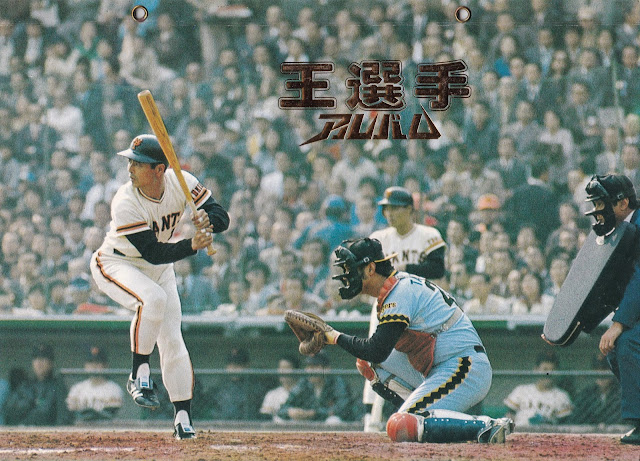 Spill it all out and this is what you've got! 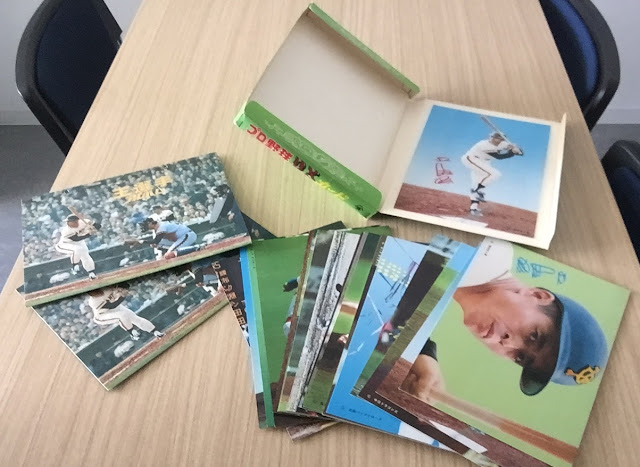 Its pretty easy to date the set to 1976 thanks to this card, which shows him celebrating his 715th home run (note Tabuchi again making a cameo appearance), which he hit that year. 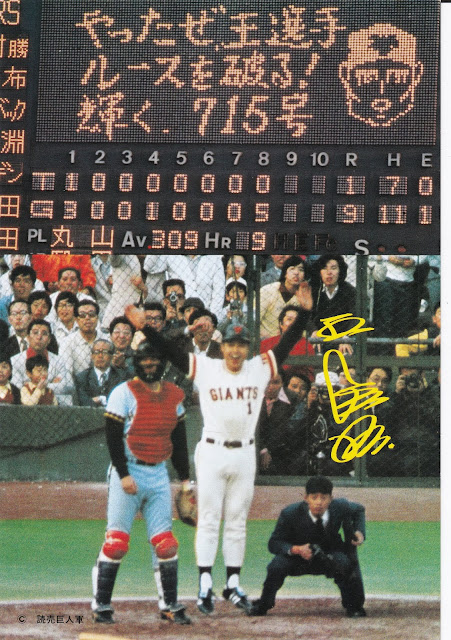 There are some other cool cards of hall of famers in the set, like Sachio Kinugasa: 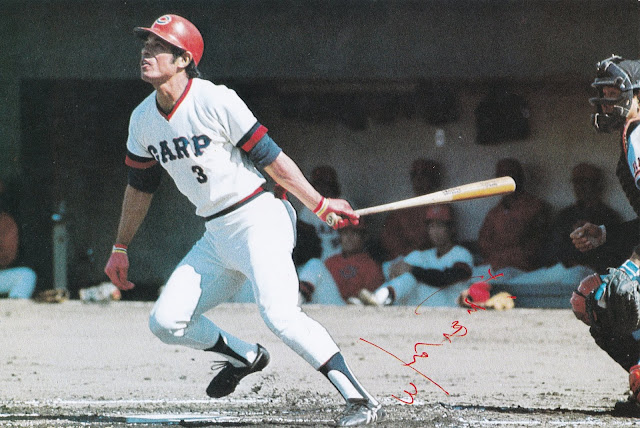 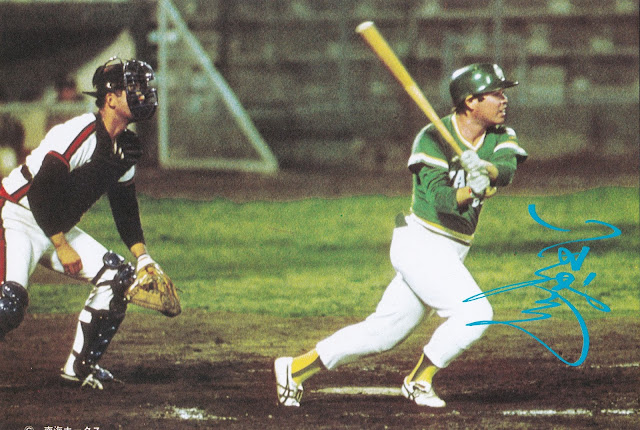 I like this set a lot, but I'm very confused about what set it is.  Looking at the Engel guide, I'm pretty sure it is the set he catalogues as JY1.  The checklist matches up nicely with the cards I have, the description matches them perfect and the Oh card Engel uses a picture of as an example is identical to the one glued to the flap of the box.

But Engel gives this set the nickname "Blue Box". Because it came in a blue box.  My box is green.

There is another set, JY1c, which is similar and Engel says it came in a green box.  But the checklist for that one is definitely different from mine (the 715 home run Oh card only appears in the checklist for JY1 for example).

There are a few other Yamakatsu sets listed but none of them match this one either. It has to be JY1, but again - green box!

In writing about the late 70s Yamakatsu issues Engel notes, accurately, that "these sets are among the most confusing issues in history" and also acknowledges that there may be some mistakes in the way they were catalogues owing to limited information.  I think my confusion over these would be resolved by recognizing that the JY1 "Blue Box" set was also released in green boxes.

Anyway, this is a cool set either way!
Posted by Sean at 8:08 PM