Brooks Robinson will save us all 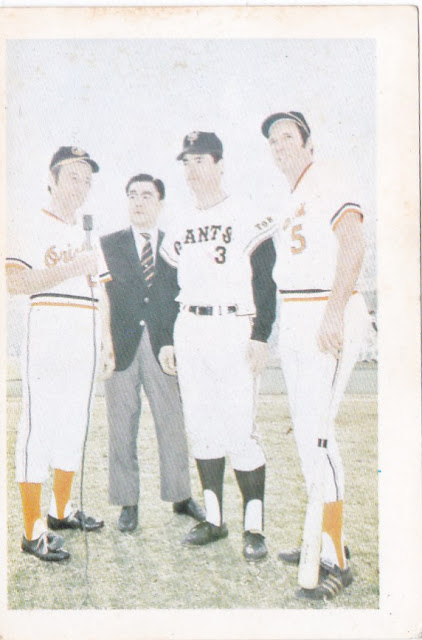 I have this card from the 1975 NST set which I kind of like.  That is Brooks Robinson on the right and I think Earl Weaver on the left.  Shigeo Nagashima is the Giant and I don't know who the suit is. 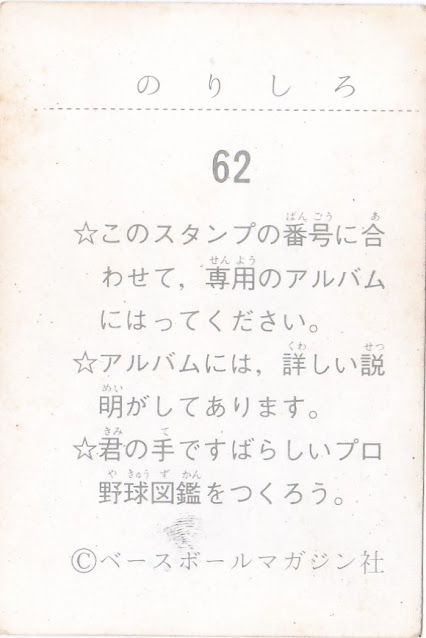 I like Brooks Robinson a lot.  Everybody does.  He's just a great all round guy that everyone can agree on.  Looking at the US from the outside these days it looks so violently divided along political, racial and economic lines I often wonder why Americans don't talk about Brooks Robinson more, because EVERY conversation I've ever had about him always ends up with me and the people I'm talking to smiling and feeling much more friendly towards each other, even if we didn't like each other much before we started talking about Brooks.  It seems to me Americans could use a lot more Brooks Robinson related chats.

Such is the power of Brooks.  Watching the violence in Washington DC yesterday I wondered if they shouldn't have just flashed a big picture of Brooks Robinson where everybody could see it, then all the rampaging idiots would have been "Oh hey Brooks Robinson, he was so nice to me that time I asked him for an autograph" then they'd all drop their crap and leave.  Kind of like that scene at the end of the Naked Gun where Frank Dreben's speech has the same effect on the brawling Seattle Mariners and California Angels:

I met Brooks Robinson back in 1992 during my awkward teenage phase (which is to say during the entirety of my teenage years) at a card show in Toronto. 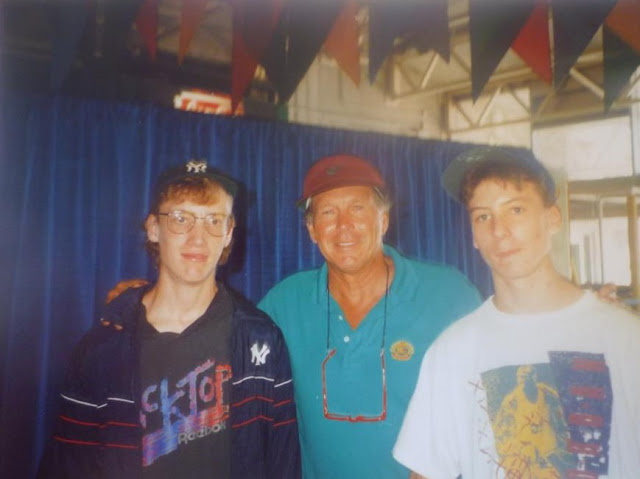 He was just so damn nice.  He signed a photo of mine and a ball that my best friend Mike (on the right) had brought, both with personal inscriptions.  Then since the line wasn't long he chatted  with us, invited us behind the table to pose for pictures.  I'm pretty sure that if we had said we were hungry he would have said "Oh I make the best Rueben sandwiches.  You guys like Rueben sandwiches?  Wait here, I'll be right back, you are going to love these."  Then he would have gone off, somehow found the ingredients necessary to make Rueben sandwiches in the middle of a card show and a kitchen to make them in, made them for us, brought them back and then had lunch with us right there.  And his Rueben sandwiches would have been out of this world.

Anyway, I'm glad that Brooks appears on Japanese cards too!