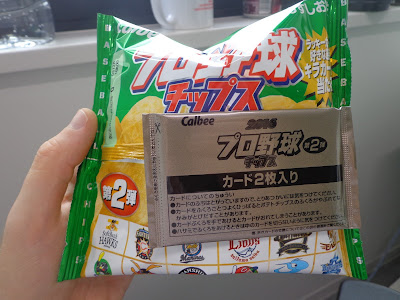 The second series of this year`s Calbee cards are out.  I bought my first bag on Friday at a convenience store at lunch, but I think they`ve been out for a while now, I haven`t been keeping tabs as closely as I usually do this year.

The bags are green and basically look the same as Series 1.  I got Shouhei Ootani and Nakamura in my first pack: 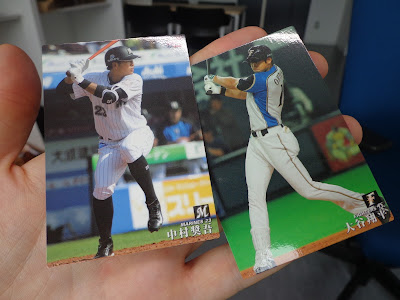 I am glad to see they stuck with the kanji on the front again with series 2, it makes them look pretty cool.

I`ll probably pick up a few more packs as the season wears on.  I`m nowhere near to completing Series 1 yet but thats OK since I`ve more or less given up on trying to complete sets bag by bag like I used to (the human body can only take so many potato chips).  I`ll probably hit Yahoo Auctions up for the ones I need!