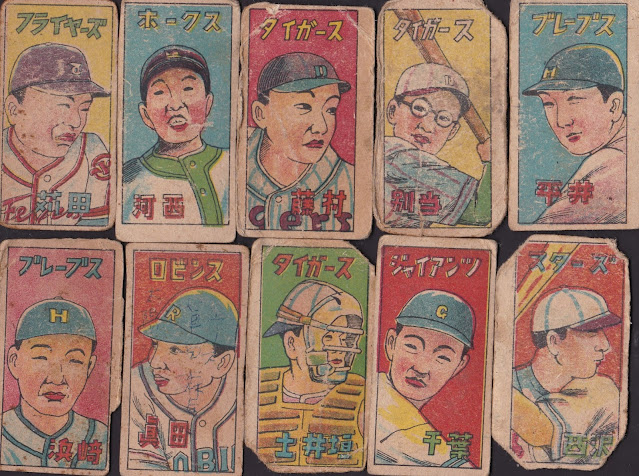 These are ten cards from the 1948 set Engel calls "Baseball Source"  (JCM 103).  I think they are called that based on the text on top of the back, which means the same.

Its a pretty colorful set with some simple artwork as you can see.  My cards aren't in the best of shape but its a pretty rare set (R3) so they are the best I've been able to find!

The baseball source on the back is the floating head in the upper right hand corner who asks a trivia question, the answer to which is the player on the front of the card.  So for Toshio Kawanishi's card for example it asks who the Hawks fastest runner was on the back. 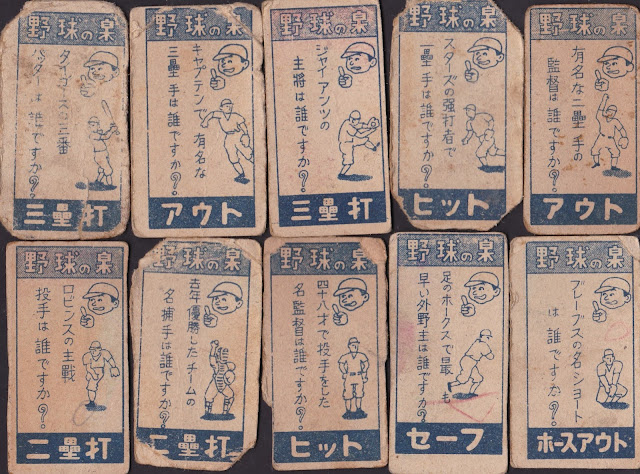 These cards were part of a small pile of menko I recently picked up and on sorting them out I discovered that Engel's checklist of the set is incomplete.  Three of my cards aren't on it: Hisanori Karita, Michio Nishizawa and Shigeru Chiba (all three of them Hall of Famers).  So you can add these to the 15 listed in the guide. 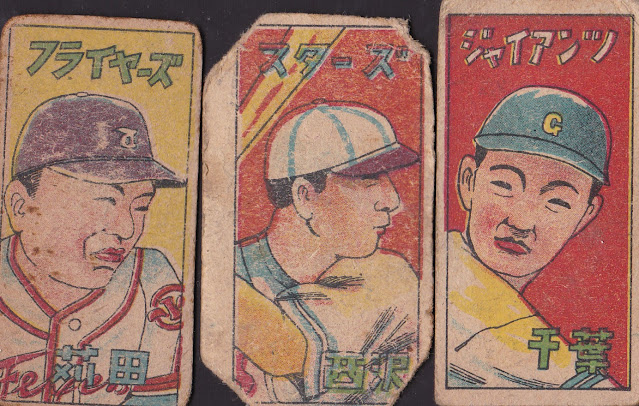 The key card to the set is Victor Starffin which, unfortunately, I don't have.  But with the addition of these three to the known checklist that means there are 18 cards in this set (possibly more), and with ten so far I'm more than halfway to completing it.
Posted by Sean at 6:20 PM